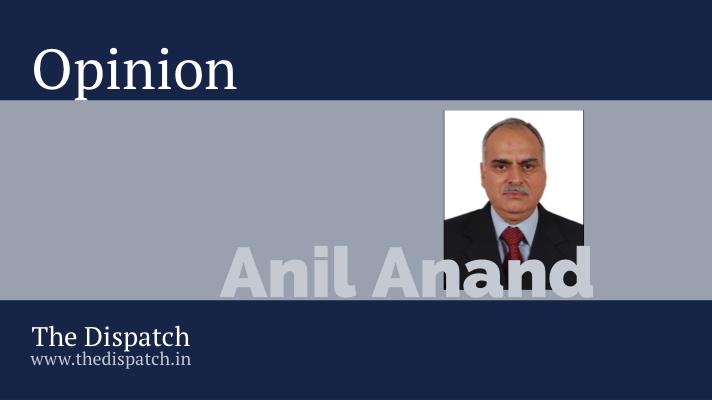 Anil Anand
Add Comment
In all 11 MLAs including three Ministers resigned from the party within a span of 72 hours with reports of some more joining their rank in the days to come. Triggering the exodus was the prominent OBC face and former Bahujan Samaj Party (BSP) leader Mr Swami Prasad Maurya, a minister in the Yogi government, who in sudden turn of event accused the government and the BJP of “grossly neglecting” dalits, backwards, farmers, unemployed youth and small traders, virtually covering all sections of the society, to justify his act.

The high stake assembly election in Uttar Pradesh (UP) is never short of surprises and theatrics. And when after a series of mega public meetings by the main stakeholders BJP, Samajwadi Party (SP) and Congress, overlooking the fast multiplying Omicron threat, the exodus of OBC MLAs and Ministers from BJP has brought an interesting turn in the poll scene from the saffron party’s point of view.

The BJP strategists had since 2014 carefully crafted a broader Hindu umbrella with the inclusion of OBCs and dalits that hitherto was at a distance from saffron politics. It paid dividends in 2014 and 2019 Lok Sabha and 2017 UP assembly elections. The OBC-Dalit upheaval with the combine inclining towards Samajwadi Party, has come as a sudden and new development threatening the BJP’s successful winning model.

As an over-confident BJP led by Prime Minister Mr Narendra Modi with chief minister Yogi Adityanath playing a second fiddle, launched plethora of development projects before the Model Code of Conduct came into play, it seemed that the ruling party was sitting pretty and everything was falling in place as planned. Although the massive crowds that SP chief Mr Akhilesh Yadav had been pulling did cause some concern in the minds of the BJP’s strategists, but somehow they were drawing  comfort from the fact that with Mr Modi leading from the front will be the ultimate clincher.

Exodus of legislators from powerful ruling BJP is a rebound of the party’s own strategy. This was unheard of during the last seven years as the trend had been to trigger desertions in other parties. The assembly election 2022 is, however, turning to be a different ball game with sudden revolt followed by exodus of Other Backward Class (OBC) Ministers and MLAs from the BJP  just when the party leaders were confabulating to give final touches to the candidates’ list.

In all 11 MLAs including three Ministers resigned from the party within a span of 72 hours with reports of some more joining their rank in the days to come. Triggering the exodus was the prominent OBC face and former Bahujan Samaj Party (BSP) leader Mr Swami Prasad Maurya, a minister in the Yogi government, who in sudden turn of event accused the government and the BJP of “grossly neglecting” dalits, backwards, farmers, unemployed youth and small traders, virtually covering all sections of the society, to justify his act.

Why this sudden realisation of neglect of particularly the OBCs and dalits after being part of the government for almost five years? It is difficult to believe Mr Maurya and his supporter MLAs’ reasoning in this connection or take them on face value as he in particular has a history of changing parties for greener pastures. He was once the prominent OBC face in Ms Mayawati’s BSP and missed no opportunity to hit at the SP and its leaders particularly Mr Mulayam Singh Yadav and Yadav junior.

What has caused consternation in the BJP camp is that Mr Maurya once the strong critic of the Samajwadi Party has decided to make a common cause with the same party thereby brightening the chances of broadening the OBC net with SP’s strong Yadav base. The OBC being a sizable community, painstakingly cultivated by the BJP, combined with Muslims and some other disgruntled upper caste groups have the potential of changing the tide of the election at least from the BJP’s angle.

No surprises, slipping away of this support base has forced the BJP back on the drawing board.

What has made the move look more serious is that Mr Maurya was closely followed by another of his former BSP mate and a colleague in the Yogi government, Mr Dara Singh Chauhan. He is the second prominent OBC leader in the state after Mr Maurya and followed suit to quit within 72 hours that reflected urgency on the part of the quitting brigade and the BJP to stem the tide.

And, like Maurya, he also blamed the BJP’s treatment of backward castes and Dalits as the reason for his resignation. “I am hurt by the state government ignoring the interests of the backward, marginalised, Dalit, farmers and unemployed youth. Hence, I resign from the cabinet,” he said in his resignation letter to Governor Mrs Anandiben Patel.

For public consumption Maurya-Chauhan and company’s reasoning behind quitting BJP should sound fine. But logic defies as to why this sudden realisation about neglect of backward classes and dalits. There is more to it than what meets the eye and a well thought of strategy ostensibly to counter the BJP’s majoritarinism and upper caste mindset.

The revolt in the BJP coming in the backdrop of a strong anti-ruling dispensation sentiment among the farmers protesting for their rights, has opened a new chapter in UP’s electoral engineering. It   has the potential to cause similar influence in the BJP stronghold of entire cow-belt particularly the election bound Punjab, Uttrakhand and later Himachal Pradesh and Gujarat.

Although there is nothing new in MLAs or the ilks of Mr Maurya and Mr Chauhan going around party hopping on the eve of elections. What makes it interesting and intriguing is that the legislators of a strong ruling party with a well-oiled machinery deserting it. And that too when it still enjoys the public traction solely due to the leadership of Mr Modi with a strong possibility of retaining power as various surveys point out.

So why this exodus! The question arises whether the OBC Ministers and MLAs were ill-treated by the BJP top brass in the state as well as at the centre. If so, why did they held back for five years and suffered humiliation. A plausible explanation behind this delayed realisation could be that they wished to enjoy fruits of power to the full and wait for an opportune time to strike just ahead of the elections. Or is it the outcome of over a year-long farmers’ protest with ruling dispensation showing no remorse despite repealing the three contentious farm laws?

It is a fact that none of the OBC leaders including Mr Maurya and Mr Chauhan were given important portfolios and that the chief minister has been following a centralised system wherein other ministers hardly had any say. Such reports have been time and again trickling out.

Were these Ministers and MLAs facing the ignominy of being denied the mandate to contest election due to their poor rating in the public? This is the reasoning being forwarded by the BJP camp in an attempt to douse the exodus theory. This can be partly but not entirely true.

Their exodus from BJP seems much to have with chances of electoral victory and fresh re-working of caste equations in the highly polarised society in UP. The so called upper caste domination, barring Brahmins, seemed to have pushed the OBCs, dalits and minorities to the receiving end in the party. The reports of Bhim Army, articulating the cause of dalits, chief Chandrashekhar Azad Ravan meeting Mr Akhilesh Yadav, could make the new emerging political and social equations more interesting.

The OBCs and dalits breaking ranks with the BJP, if it really happens on ground, will upset the ruling party’s election winning mechanism. Primarily, their formula of success was based on a broader umbrella of unified Hindu society as these sections of the society had overwhelmingly voted for the BJP for the first time in last three elections. Ostensibly, and visible in the current developments, the upper caste, confined to some selective groups, mindset seems to have come in the way.

Finally, are the political weathermen among the OBC leaders, on the line of dalit icon and former Union Minister, Mr Ram Vilas Paswan, out in the field to decipher the skies?

The author is a journalist with 40 years experience in print, broadcast and Television. Started with Kashmir Times in Jammu before shifting to Delhi. Worked with National Herald, Hindustan Times, DNA, Greater Kashmir, Daily Excelsior etc.