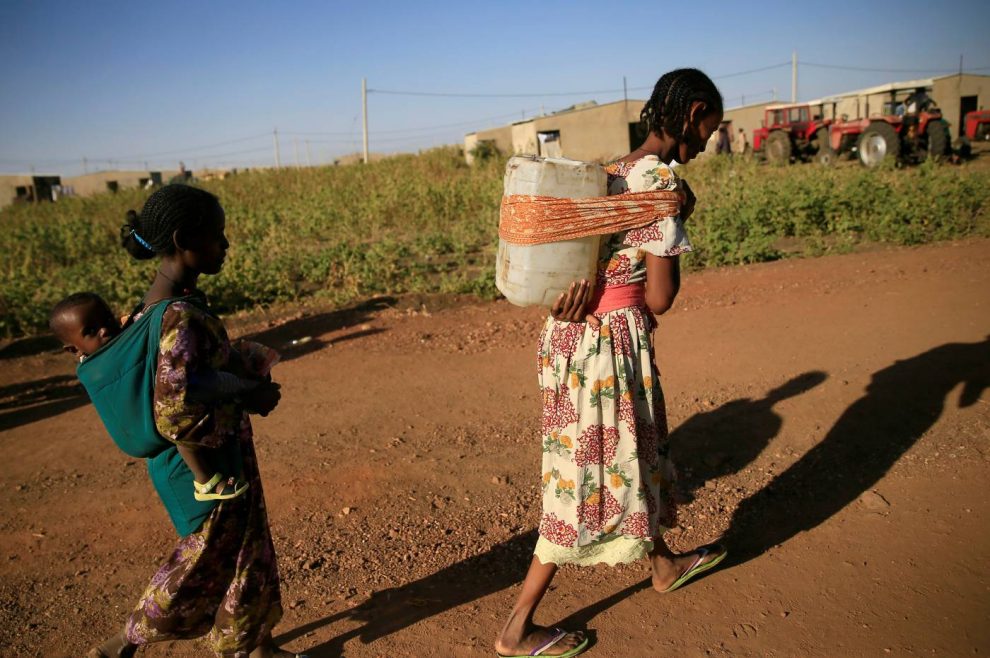 ADDIS ABABA: Hundreds of Ethiopian children who have fled war in the northern Tigray region and arrived in neighbouring Sudan alone are at risk of human trafficking, according to several aid agencies.

More than 45,000 Ethiopian refugees have crossed into Sudan, about half of whom are children, since conflict erupted at the start of November between federal troops and the Tigray People’s Liberation Front (TPLF). Thousands of people are feared killed.

Aid agencies said hundreds of children were turning up at camps and registration centres in Sudan without their parents or caregivers, leaving them vulnerable to exploitation and human trafficking with girls particularly at risk.

Save the Children this week said 139 unaccompanied children had been registered so far at one of several entry points along the border, meaning the total number could be far higher.

“There are human trafficking rings and some specific communities engage in such acts across the border between Sudan and Ethiopia,” Anika Krstic, country director for Plan International Sudan, told the Thomson Reuters Foundation.

“If we cannot establish the identity of the child, they are at risk of being claimed by someone who’s not necessarily their parent or guardian, and becoming a victim of trafficking.”

A deterioration of living conditions if the crisis persists could lead to more gender-based violence, Krstic said, referring to sexual abuse and extortion of sex in exchange for goods.

Charities including Plan International and Save the Children have been working to identify and register unaccompanied children, and reunite them with their families or guardians.

Child-friendly spaces and temporary learning centres have been set up in the camps, with psychosocial support provided.

“Unaccompanied children who have fled from their homes are at high risk of trafficking, exploitation and abuse, particularly girls,” said Arshad Malik, Save the Children’s director in Sudan. “They need specialist care and protection.”

Up to 100,000 refugees are projected to arrive in Sudan – which currently hosts more than 1 million refugees from various African nations – in the next five months because of the war in Tigray, according to the Norwegian Refugee Council (NRC).

“People in the (Um Rakuba) camp are extremely desperate at the moment and there’s only a very minimal solution being provided for them,” said Will Carter, NRC’s director for Sudan.

“There are a whole heap of risks facing children,” he added.

Um Rakuba camp is the largest refugee camp for Ethiopian refugees in Sudan, and currently hosts about 10,000 people.

Ethiopian authorities and the United Nations agreed this week to move humanitarian aid into federal government-controlled areas of Tigray, where 600,000 people already relied on food aid even before hostilities broke out on Nov. 4.

The head of the U.N. refugee agency (UNHCR) Filippo Grandi on Sunday said the agency had appealed to donors for $147 million, which would be enough to cover the needs of 100,000 people for a period of six months.