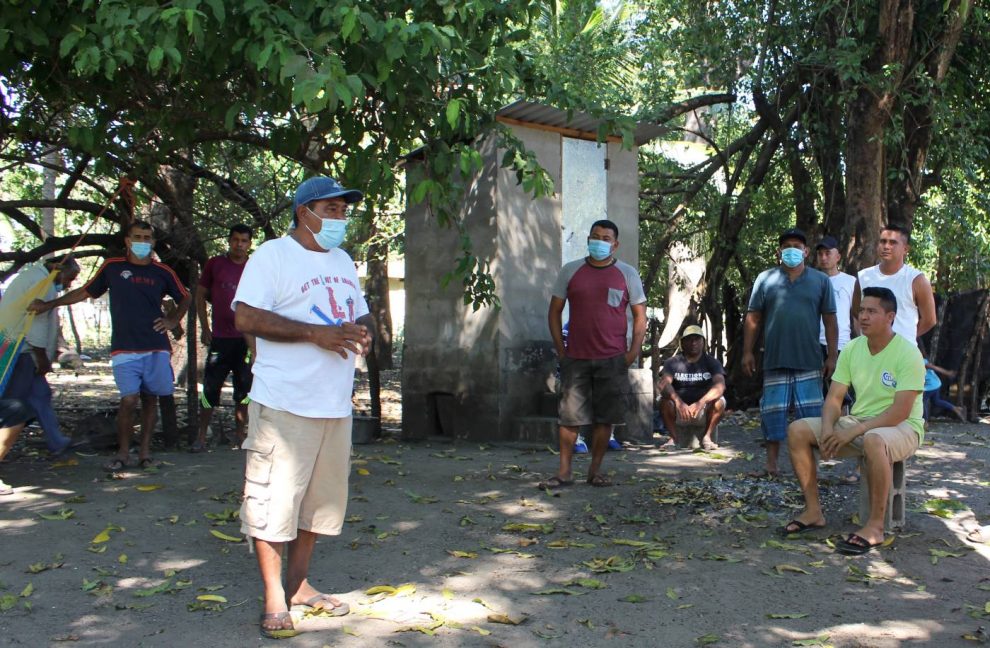 ISLA TASAJERA, El Salvador: A long the coast of El Salvador, about an hour-and-a-half drive from the capital, lies a pristine beach with towering waves that are uncharted by all but a few surfers savvy enough to have found the remote community of Isla Tasajera.

The 2,000 fishermen and their families who live there, most in small homes made of tree trunks and tin roofs, rarely ride the waves. Instead, they pass their days catching shrimp, tilapia and sharks.

“We don’t have surfboards,” said Leonardo Funes, president of the local Community Development Association (ADESCO). “There is interest (in surfing), but no resources.”

Despite the lack of local surf culture, this week the country is hosting more than 100 professional surfers in a major international tournament, as the tourism sector reopens after months of pandemic restrictions.

The competition is part of the government’s drive to turn El Salvador into a prime surfing destination, a plan that residents say will push them off their land.

“They’ve never come to ask, ‘How can this project help you?'” said Lorena del Carmen Piche Ortiz, 33, who has lived her whole life in Isla Tasajera. “They just say they are going to take our land away.”

Since taking office in June 2019, President Nayib Bukele has been promoting a series of development projects meant to attract surf tourism and clean up the country’s image as homicide rates from long-running gang violence are on the decline.

Part of that effort is Surf City – a multi-million-dollar investment to improve infrastructure, fix roads and highways, and build a boardwalk and other public spaces along the coast of this small Central American nation of 6.5 million people.

The tourism ministry estimates the project will create 500,000 jobs and bring $4 billion to the country’s tourism sector over 10 years. The project has culminated in a major three-day regional surf tournament, the ALAS Pro Tour, starting on Dec. 10.

The Ministry of Tourism was not available for comment. In an interview last week with local radio station Radio La Chevere, minister Morena Valdez said the competition was a way for El Salvador to take advantage of its natural assets.

But some local residents oppose the initiative, saying it promotes development projects that threaten the environment and their homes.

The ministry of environment and natural resources has yet to carry out an environmental impact study for a major hotel project in Isla Tasajera, but ADESCO believes it could cause deforestation and harm native species.

ADESCO reports that tensions have increased over land rights in Isla Tasajera since Bukele took office.

Much of the tension comes from an ongoing dispute between the community and one of the country’s wealthiest families, the Closas, over the rights to about 200 acres (81 hectares), said Funes.

A member of the Closa family is believed to be the first legal owner of most of the land in the community after migrating from Spain after World War Two, according to a study by the Central American University.

After the land was seized due to unpaid loans, a government decree in 2018 declared it a protected area and allowed locals to remain there with certain restrictions on construction and the use of resources.

The decree also recognized part of the land as the private property of the Closa family. Just how much, the limits of the property, and what it can be used for are the main points of contention today, according to Funes.

The Closas want the land to build a hotel, but locals say they have a historic claim to the land, recognized by the government in the declaration of the protected area, even though some lack legal titles.

Lawyers representing the family declined to speak to the Thomson Reuters Foundation.

Closa family members have previously told the press the project would provide jobs to the community and respect environmental protections.

The government has tried to intervene to negotiate a settlement with the 11 families living closest to the beach where the hotel would be built.

Through an agreement with the ministry of housing, the Closa family has agreed to allow the families to remain until construction begins and donate land to relocate them if necessary.

But, many residents see the government’s involvement as an attempt to force them off their land as part of the broader tourism strategy.

“It’s not fair what they (the Closa family) want to do,” said Jose Alfonso Alvarez Peraza, 32, whose home is on the contested stretch of beach. “They want to demolish our humble homes that have been difficult for us to build.”

The father of two said he does not plan to relocate.

Valdez, the tourism minister, told reporters in January that the government was working to move residents “without leaving them out in the open.”

The ministry of housing did not respond to a request for comment.

The U.N. World Tourism Organization states that the tourism sector – worth 10% of GDP worldwide – “can and must play a significant role in delivering sustainable solutions for people, the planet, prosperity and peace.”

But large tourism projects in Latin America, Africa and Southeast Asia often displace the communities they claim to support, according to a 2019 study by German nongovernmental organization Tourism Watch.

Ambiguous land rights policies – as in the case of Isla Tasajera, where many residents lack land titles – often favor the government and businesses, said Andreas Neef, professor of development studies at the University of Auckland in New Zealand and author of the report.

“As long as governments and tourist corporations are able to dominate the narrative … it’s very hard for local communities to demonstrate to the international community that they are the rightful owners and have human rights,” he said.

In Isla Tasajera, the dispute over land rights continues.

“The beach is beautiful and it’s good if people visit,” said Elmer Funes, a community leader and Leonardo’s father. “But not for this project.”