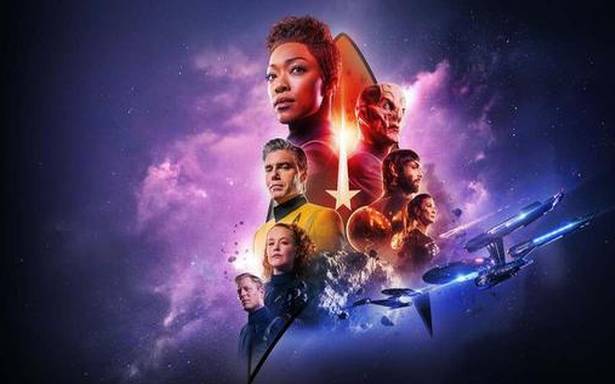 The science fiction franchise “Star Trek” is introducing its first transgender and non-binary characters, with both roles set to debut in its U.S. television series next month, producers said on Wednesday.

They will appear in the third season of CBS Television’s series “Star Trek: Discovery,” the latest incarnation of the TV franchise that launched in 1966.

“Star Trek” has spawned films, cartoons and a legion of loyal fans, known as Trekkies.

“‘Star Trek’ has always made a mission of giving visibility to underrepresented communities,” said Michelle Paradise, the show’s co-showrunner and executive producer, in a statement.

“It believes in showing people that a future without division on the basis of race, gender, gender identity or sexual orientation is entirely within our reach,” she said.

“Star Trek: Discovery,” which can be seen on the streaming service CBS All Access, already broke boundaries by featuring the first married gay characters in the franchise’s history.

“I cannot wait for you all to meet these beautiful souls and wonderful artists,” said actor Anthony Rapp, who plays one of the show’s two gay characters, on Twitter.

“I am so so so proud of them and happy that they are a part of our show”.

Actor del Barrio auditioned for the role while finishing drama school, according to CBS.

“When I got the call that I’d been cast as Adira, I hadn’t yet told the majority of my friends and family that I was non-binary,” del Barrio said in an interview with media advocacy group GLAAD published on Wednesday.

“So when this happened, it felt like the universe saying ‘go ahead'”.

Alexander, 19, played Buck Vu on the Netflix science fiction mystery series “The OA,” and according to CBS, is the first openly trans Asian-American actor to appear on television.

The third season of “Star Trek: Discovery” is scheduled to begin on Oct. 15, the first season that it will not be shown behind a paywall but will run on free-to-view CBS.