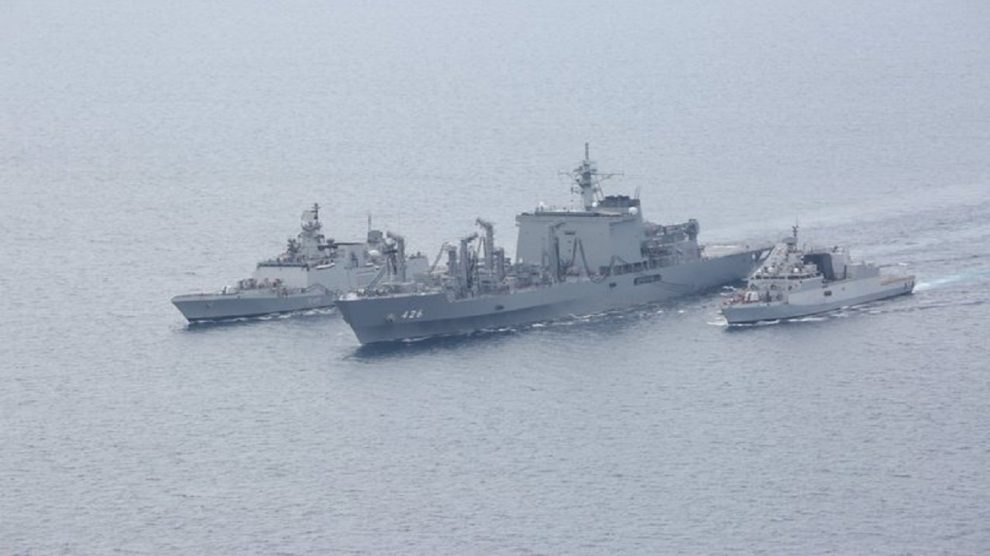 The First Phase of the 24th edition of the Malabar Naval Exercise has begun in Visakhapatnam, Bay of Bengal today. Indian Navy, United States Navy, Japan Maritime Self-Defence Force and Royal Australian Navy are taking part in the Naval Exercise. It will continue till 6th of this month.

Malabar series of maritime exercises commenced in 1992 as a bilateral Indian Navy- United States Navy exercise. Japan Maritime Self-Defence Force joined Malabar in 2015 and the 2020 edition will now witness participation of the Royal Australian Navy in this joint maritime exercise.

According to the Ministry of Defence, the exercise is being conducted as a non-contact, at sea only in view of COVID-19 pandemic. The exercise will showcase the high-levels of synergy and coordination between the friendly navies, which is based on their shared values and commitment to an open, inclusive Indo-Pacific and a rules-based international order.

The 24th edition of the Malabar Naval Exercise is scheduled in two phases during the current month. Malabar-20 Phase-1 will witness complex and advanced naval exercises including surface, anti-submarine and anti-air warfare operations, cross deck flying, seamanship evolutions and weapon firing exercises. The Phase-2 of Malabar-20 is scheduled to be conducted in the Arabian Sea in mid-November.