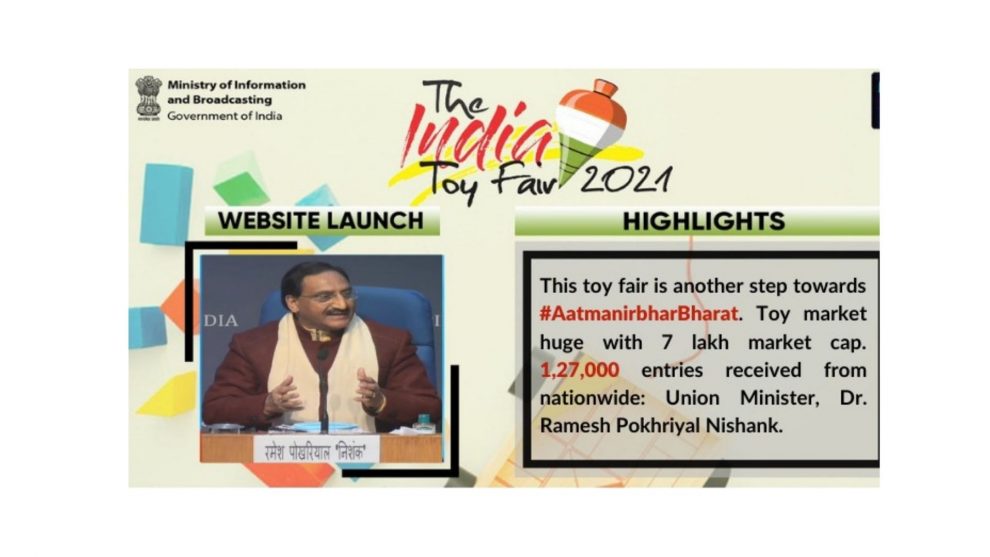 Speaking on the occasion, Women and Child Development Minister Smriti Zubin Irani said, to achieve Prime Minister Narendra Modi’s vision of Atma Nirbhar Bharat, to strengthen toy manufacturing industry in the country and to connect children with toys from a learning-perspective, Government had organized the 1st Toycathon last month.

The Minister said, Government had proposed to organize the 1st India Toy Fair to fulfill the requirements of a modern India and also to provide support to the toy-manufacturing industry. She said, the website indiatoyfair.in has been inaugurated today for the purpose of registration.

Ms Irani said, today handcrafted toy manufacturers are running 4 thousand separate enterprises. She said, over one thousand companies are contributing to the India Toy Fair with help of the Ministry of Commerce. The Minister said, invitations are being sent not only to schools and colleges across India but also to traditional handcrafted toy artisans.

Commerce and Industry Minister Piyush Goyal said, India Toy Fair is not just an exhibition of toys but a joint endeavour of Central Ministries to promote manufacturing of Indian toys, provide more employment in the sector and to revive India’s toy-making heritage. He said, the vision is big for the future of the toy industry, the commitment is bigger and it is reflected in India Toy Fair 2021. Mr Goyal said, India Toy Fair reflects a big vision for the future of the toy industry and it is an endeavor to fill the gap caused by the absence of physical toys where a child’s development and growth process is ruled by the internet today.

He said, according to a Quality Council report in February last year, many of the toys imported from abroad were failing the safety standards. He said, thereafter import duty on foreign toys was increased from 20 per cent to 60 per cent and a Quality Control Order was issued. Mr Goyal said, India Toy Fair inspires local manufacturers and artisans to develop good quality toys and earn good reputation so that their products may be sold in domestic markets and also be exported.

Education Minister Ramesh Pokhriyal Nishank said, this is the first time that the Government has received more than 1.27 lakh entries from all over the country to participate in India Toy Fair 2021. He said, the portal launched today will give a virtual platform to toy artisans of the country. 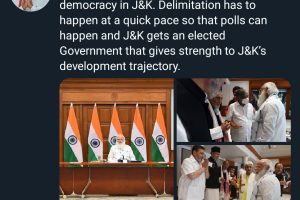 Today’s meeting on J&K is an important step in the ongoing efforts towards a developed and progressive J&K: PM Modi