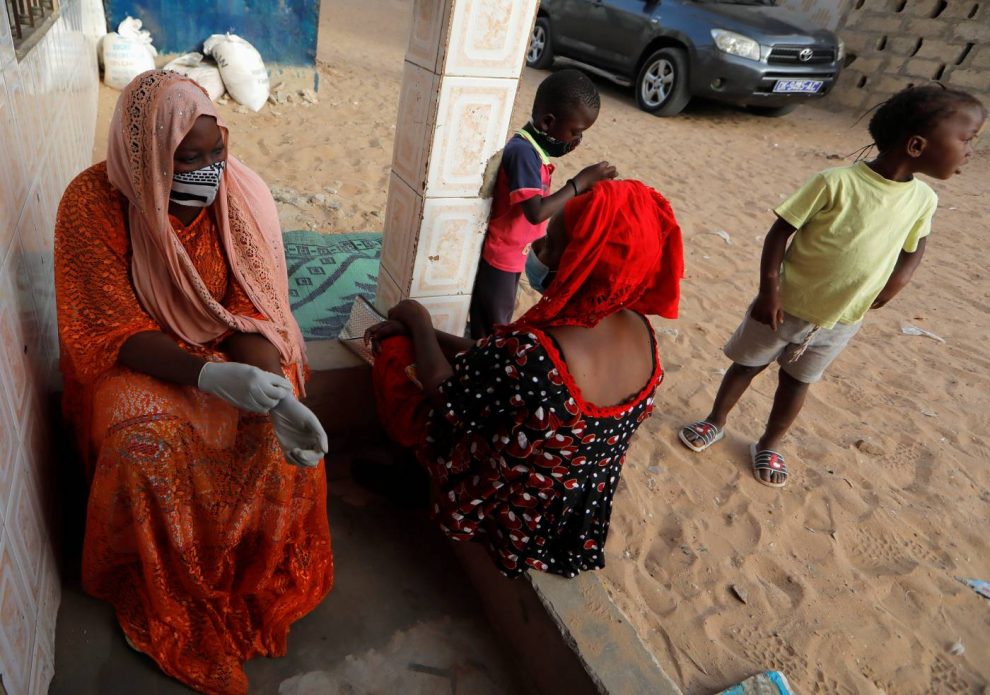 BARCELONA: The COVID-19 crisis has pushed to $4 trillion this year’s shortfall in funding needed for developing nations to meet global goals to end poverty and hunger by 2030, throwing them further off track, a summit of public banks heard on Thursday.

Angel Gurría, secretary-general of the Organisation for Economic Co-operation and Development (OECD), noted that 90 out of 122 developing countries had entered recession as shutdowns to curb coronavirus hit sectors like tourism and manufacturing.

Developing nations have seen a $700-billion drop in external private finance this year due to a decline in foreign investment and remittances, he added.

Meanwhile, the pandemic has boosted by about $1 trillion their need for funding for health, social and economic recovery measures, with many governments unable to borrow enough to cover those due to high indebtedness and poor credit ratings.

The challenges come on top of a pre-existing annual funding gap of $2.5 trillion to meet the 17 Sustainable Development Goals (SDGs), which also include tackling climate change and gender inequality, and providing clean water and energy to all.

“When we need it most, the global development finance system is at risk of collapse”, with all types of resources under stress due to the COVID-19 crisis, Gurría said during an event at the Finance in Common summit, organised by the French government.

The mostly online gathering issued a joint declaration, backed by nearly all the world’s 450 development banks, committing them to steer the global economy and societies onto a greener, more resilient path.

The public banks said they aimed to collectively shift their strategies, investment patterns and activities to contribute to achieving the SDGs and the objectives of the Paris Agreement on climate change, while responding to the COVID-19 crisis.

“Because there is already a strong consensus on what needs to be done on climate issues and on the fight against social inequalities, because we are all seeking solutions to make our investments more sustainable, it only seemed natural to form this global coalition of public development banks,” said Audrey Rojkoff, the summit’s secretary-general.

But climate campaign groups expressed disappointment that the banks – which represent about 10% of global financial flows – did not agree on a clear commitment or deadline for phasing out funding for fossil fuel projects.

The declaration said the banks would promote sustainable alternatives to fossil fuel investments and consider ways to reduce those problem investments, while working on explicit policies to stop financing coal by the U.N. climate summit in a year’s time.

Laurie van der Burg, senior campaigner at Oil Change International, said the summit could not be considered a success for climate action because it did not make a concrete commitment to end public finance for fossil fuels.

But she noted bright spots, including some banks such as the European Investment Bank and Swedfund already banning oil and gas financing, while U.S. President-elect Joe Biden has pledged stop financing dirty energy at home and abroad.

“Between now and the U.N. climate negotiations – COP26 in Glasgow next year – public finance institutions must… work together to stop funding fossils,” she added in a statement.

U.N. chief Antonio Guterres echoed that call, urging the development banks to come to COP26 with concrete plans to align their lending with the SDGs and a 1.5C global warming limit.

OECD head Gurría also pointed to a heightened risk of what he called “SDG-washing” – where companies and investors claim their business are aligned with the global development goals but without showing how they are making a meaningful contribution.

“Corporations are often free to disclose on their positive actions but they omit the negative impacts,” he said.

That problem exposes the need for both the public and private sectors to agree on common standards to define and measure sustainable business behaviour and investment, he added.

On Thursday, the OECD and U.N. Development Programme presented a framework to shift trillions of dollars in investments to become more sustainable and resilient, and to mobilise more money for poorer countries.

Of the $379 trillion in global financial assets, 80% are held in advanced economies, the OECD said in a report this week.

Reallocating just 1.1% of total assets held by banks, institutional investors and asset managers – $4.2 trillion – would be sufficient to fill the gap in SDG financing, it added.

Akinwumi Adesina, president of the African Development Bank, told journalists his continent needed far more investment in infrastructure, such as clean electric power, as well as in job creation for young people and support for small businesses struggling during the pandemic, many of them women-led.

“Let’s be bold, let’s be creative, let’s build this new ecosystem for transformative change,” he told the summit.