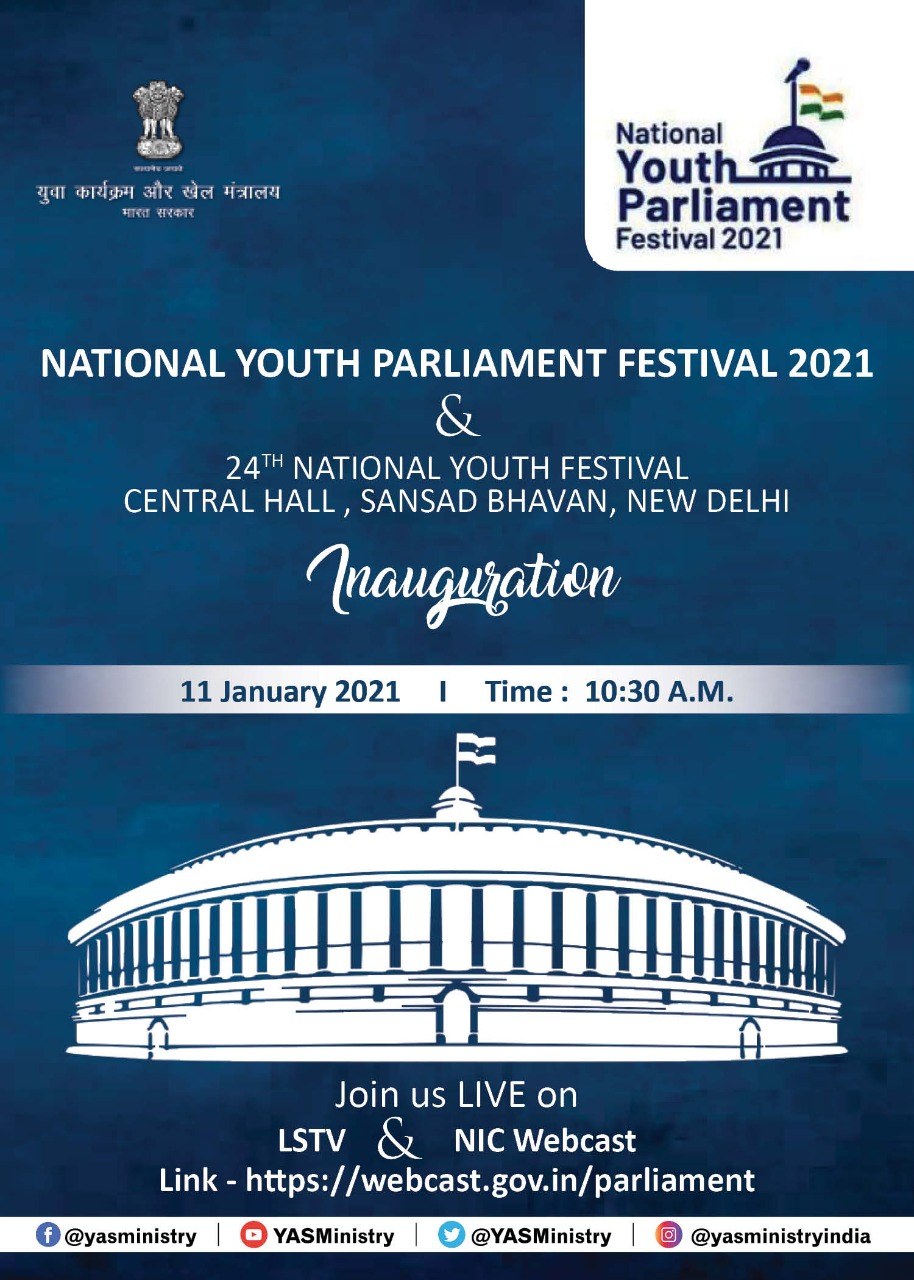 The Finals of National Youth Parliament Festival, 2021 will be held in the Central Hall of Parliament today. 84 winners from States and Union Territories will get an opportunity to be present in the Central Hall of Parliament before the Lok Sabha Speaker, Deputy Chairman of Rajya Sabha along with Youth Affairs and Sports Minister Kiren Rijiju and other dignitaries. 29 National winners will get an opportunity to speak before the National Jury comprising of Rajya Sabha MP Roopa Ganguly, Lok Sabha MP Parvesh Sahib Singh and eminent journalist Prafulla Ketkar.

Prime Minister Narendra Modi will address the Valedictory Function of National Youth Parliament Festival, 2021 tomorrow through video conferencing. The first three winners will get an opportunity to speak before the Prime Minister. The Prime Minister will also interact with the youth on the occasion.

In order to continue with the same spirit and objective, with enhanced enthusiasm, the 2nd National Youth Parliament Festival 2021 was launched on 23rd of last month through virtual mode which was witnessed by more than 23 Lakh youth and stakeholders across the country at district, state and national level.

It was followed by organization of District Youth Parliaments which were conducted through Virtual mode from 24th to 29th of last month. In this, 2.34 Lakh youth from 698 Districts of all Sates and UTs in India participated through 150 venues. It was followed by State Youth Parliaments through virtual mode from 1st to 5th of this month in which 1st and 2nd winners from participating districts numbering 1 thousand 3 hundred 45 took part. During District and State Youth Parliaments, the participants deliberated maximum for 4 minutes on the given topics and were adjudged winners by a five Member Jury.

Talking to AIR News, Minister of State for Youth Affairs and Sports, Kiren Rijiju asserted that role of every youth is important in the process of National Development and the National Youth Festival attempts to instill this belief in each one of them. He said, it is not necessary to be an icon in order to contribute towards nation building. Mr. Rijiju added that youth of the country is an important driver of development in any country and the youth festival is an effort to encourage the youth towards nation building activities.