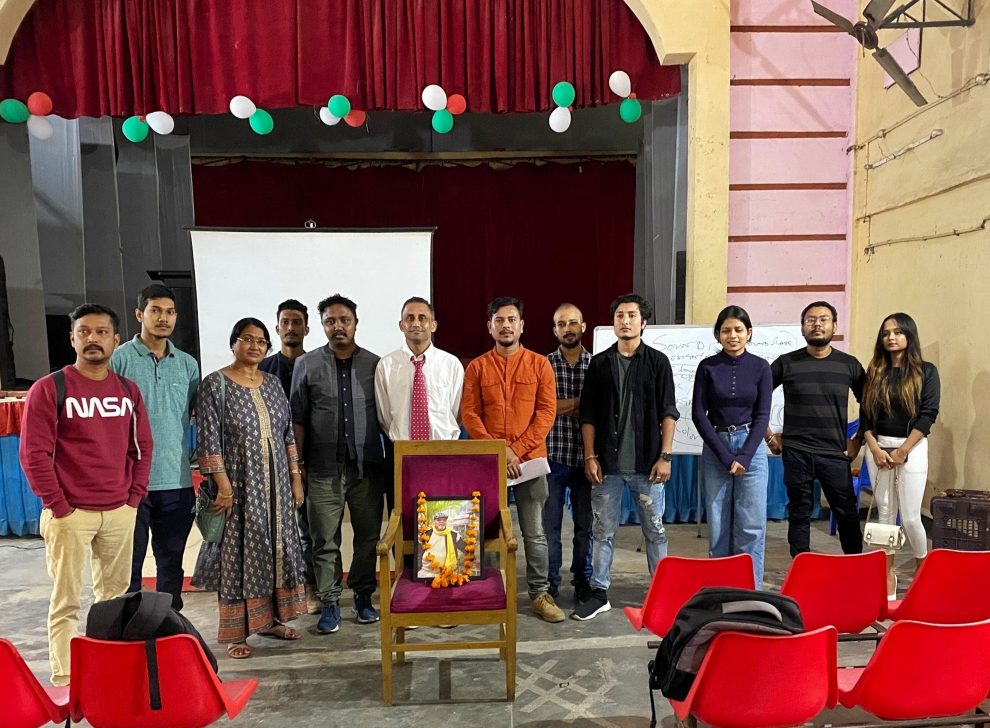 Borua, who has led workshops in various parts of the country, particularly in the Northeastern region, emphasised the fundamental principles of the film medium as well as various story-telling patterns, visual structures, and the various phases of fiction and non-fiction cinema, each with their own set of tasks, among other things. It was an excellent opportunity for the participants to become acquainted with the medium’s sensitivities and practicalities.

All expenses incurred during the workshop were entirely borne by Shankar Borua. Borua’s workshop in honour of renowned art director Phatik Baruah, who worked with so many filmmakers over the years, was a very generous gesture. Borua with his unfailing enthusiasm empathetically shared his vast knowledge and experience of cinema with the enthusiasts, aspiring filmmakers, and film students, enlightening and motivating them.

Borua said: “It is my own little way of paying tribute to an exceptional artist/craftsman and a wonderful human being. One very rarely has the fortune of closely getting to know such a personality and intimately learning the ropes of the business. I have great memories of spending hours with Phatik Dodaideo, cooking a meal together, and deliberating on our lives and times. His exceptional life is a movie and I sincerely hope the people of Assam will get to know more about his life and work in the days ahead.”

Borua is known for his recent unique film narratives ‘Grief on a Sunday Morning’ (a film about the sexual abuse of little boys), ‘The Curiosity Shop’ (a film that espouses the adoption of a girl child while depicting the abuse of women within the family unknown to the world outside) and the political musical ‘Rongeen’ (Colorful) highlighting the power of participatory democracy in the face of endemic corruption and injustice.

Suraj Duwarah, a national award-winning filmmaker and cinematographer, and Jiten Borah, a film editor, served as resource persons for the workshop, providing insightful commentary on various aspects and segments related to the art of filmmaking.

“It was a nice experience to be a part of the workshop organized in the fond memory of a veteran production designer who departed recently,” said Suraj Duwarah, who had directed the National Award-winning Rabha language film ‘Orong’ in 2015. “It was a delight for me to share my professional experience with some young minds besides making them aware of the contribution of late Phatik Baruah. It’s notable that, this workshop has been organized by ace filmmaker Shankar Borua for free, which is really admirable,” said Duwarah.

What’s the status of the COVID-19 vaccine mandate in the US?
In last five year, 33 custodial deaths have taken place in J&K: MHA
Comment