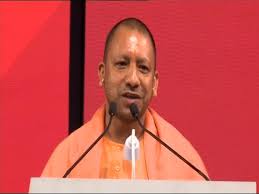 The 5th round of talks between the government and the representatives of farmers’ unions is scheduled to be held in New Delhi today to address the issues concerning  them. The fourth round of talks between the two sides was held on Thursday in which the representatives of forty Farmers’ Unions participated in a dialogue with Agriculture Minister Narendra Singh Tomar, Railways Minister Piyush Goel and Minister of State for Commerce Som Prakash. Senior officials from the Agriculture Ministry and the Ministry of Consumer Affairs, Food and Public Distribution also participated in the dialogue. The meeting was held in a cordial  atmosphere and transparent manner. During the meeting, Agriculture Minister Tomar reiterated the Government’s commitment to the welfare of the farmers.

Mr Tomar assured the Farmer Unions that the Minimum Support Price, MSP will continue and therefore the farmers need not fear that it will go away. The representatives of the farmers unions raised the question of the constitutional validity of the three farm laws to which the Government side explained the constitutional provisions under which the Central Government legislated these laws. The farmers brought out issues related to the APMCs. They said there has to be a level playing field between Agricultural Produce Market Committees (APMCs) and Private Markets and Trade Yards.

Inter-Ministerial Central Team to inspect damages due to Cyclone Nivar in Tamil Nadu and Puducherry
PM Modi says government is fully committed to principle of Reform, Perform and Transform
Comment