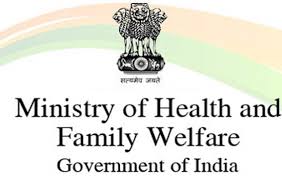 The Union Health Ministry said the optimal capacity of the RT-PCR  tests for detection of COVID-19 is not being utilized in some states and that it has asked them to scale it up.

‘There are states where the optimal capacity of RT-PCR off late is not being utilised and we have in the health ministry drawn their attention to the fact that they do have an installed capacity of conducting more RT-PCR tests and hence they need to scale it up,’ Rajesh Bhushan, Secretary in the Union Health Ministry, said at a press briefing on Thursday.

Over the antigen tests being carried out in the country, Bhushan said there is no uniform practice being followed across the states.  In Tamil Nadu more than 90 per cent tests today are RT-PCR tests while there are other states where the RT-PCR testing, TrueNat and CBNAAT testing capacity is limited, he said. Therefore in those states if there are containment zones or buffer zones, one cannot be satisfied with limited testing, he stressed.

‘The ICMR’s guidelines clearly lay down that rapid antigen tests are ideal screening tests for densely populated areas, containment and buffer zones, so why not use them there,’ he said.   Cumulative tests for detection of COVID-19 surged to 4,55,09,380 in the country with a record 11,72,179 tests being conducted in a single day on Wednesday, the ministry said, underlining that ‘India’s daily testing numbers are one of the highest in the world’.