Home Newsfeed Festivities mark celebration of Christmas across the globe 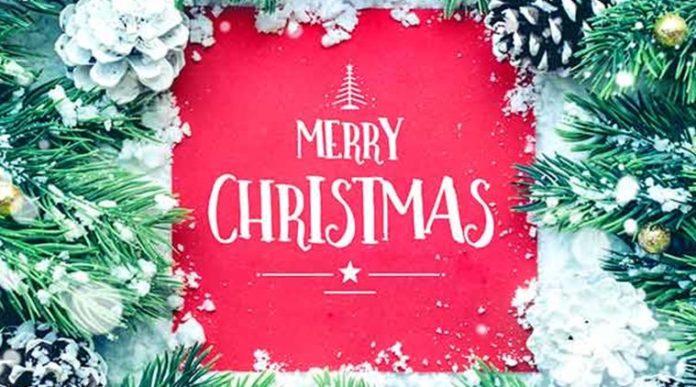 Christmas is being celebrated today with religious fervour and gaiety. Christians all over the world celebrate Christmas to mark the birth of Jesus Christ. On the occasion, people decorate their houses by putting a Christmas tree, illuminated paper star, Holly wreaths and exchange gifts.

Pope Francis kicked off Christmas celebrations with midnight Mass at the Vatican in Rome last night. In Bethlehem, pilgrims from around the world had gathered earlier yesterday in the biblical town, revered by Christians as the birthplace of Jesus. Thousands of Palestinians and foreigners converged on the little town in the Israeli-occupied West Bank, with Christmas Eve festivities taking place in and around the Church of the Nativity.

Christmas celebrations have begun in Goa. A large number of tourists have arrived in the state to celebrate Christmas and New Year in Goa. AIR correspondent reports that with the commencement of Christmas festival, Goa looks quite stunning. Midnight masses were held in the churches of Basilica of Bom Jesus at Old Goa and Mary Immaculate conception church at Panaji. Music festivals and dance programmes are also organized at various locations and especially on beach areas. Crib competitions and carol singing competitions are also organized. Christmas trees are seen sparkling in lanes and in houses. Elaborate security arrangement is done by Police Department.

In Tamil Nadu, faithful thronged to the churches early in the morning. They offered special prayers and sang Christmas hymns and songs remembering the miraculous birth of infant Jesus. The famous Santhome Basilica and the St George’s Cathedral in Chennai and other churches were specially decorated with stars and cribs while Santa Claus cheer up the children in malls and other places.