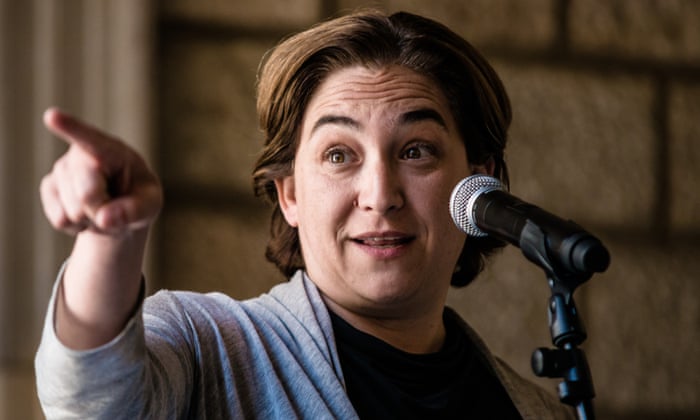 BOGOTA: Cities must move to the frontline of efforts to fight gender inequality that has grown worse in the coronavirus pandemic, said six mayors from three continents on Monday as they joined forces in a new network to advance women’s rights.

Around the world, women’s jobs, unpaid labor, health and safety have been upended by the impacts of COVID-19 and need critical attention, said the organizers of City Hub and Network for Gender Equity (CHANGE).

The network aims to promote and share among city mayors around the world innovative projects focused on combating gender inequality.

“Local governments can and should lead,” said Los Angeles Mayor Eric Garcetti, the network’s first chair, who joined the mayors of Barcelona, Freetown, Mexico City, London and Tokyo in an online webinar with the media.

Data from the World Economic Forum shows that at the current pace, the gender pay gap will not close for 257 years, he said.

“We must act with urgency,” Garcetti said. “We can’t allow this pandemic to set us back further.”

Women’s jobs have been 1.8 times more vulnerable to being lost in the pandemic than men’s, said a study by consultants McKinsey & Co., while government data showed of the 1.1 million U.S. workers who dropped out of the labor force in September, 80% were women.

In Los Angeles, every city department must have a gender action plan and measure and show progress on tackling gender inequality, such as appointing women to boards and top positions, closing the gender pay gap and ensuring more girls use public spaces like sports fields, Garcetti said.

Ada Colau, the first female mayor of Barcelona who called her administration a “feminist government,” singled out unpaid care work of children and aging relatives.

“We must fight against the inequality and injustice that women still suffer and end the invisibility of care work – a burden which is mostly borne by women,” Colau said.

London Mayor Sadiq Khan, who called himself as a “proud feminist,” said a report found in England, mothers were 47% more likely than fathers to have lost or left their jobs in the pandemic.

With women accounting for eight out of 10 people in low-paid jobs, London’s city government has invested 3 million pounds to “re-skill” and “up-skill” women for better-paying jobs, he said.

“I want gender equity hardwired into everything we do, not simply child care, though important it is, but from housing to a hiring policy to recruitment retention from policing to the environment,” Khan said.

Mexico City Mayor Claudia Sheinbaum said a key priority is combating domestic violence that has worsened during lockdown as women and girls are trapped at home with their abusers.

The city government has launched a network of 100 female lawyers who help women file reports of domestic abuse and provide free legal advice, she said.

Last month, Freetown’s government launched a digital mobile phone literacy program aimed at women and opened the city’s first free day care for young children of market traders, most of whom are women, she said.

“I am using my office to show girls and women in my city, my country and the world that we can and should be agents of change,” Aki-Sawyerr said.