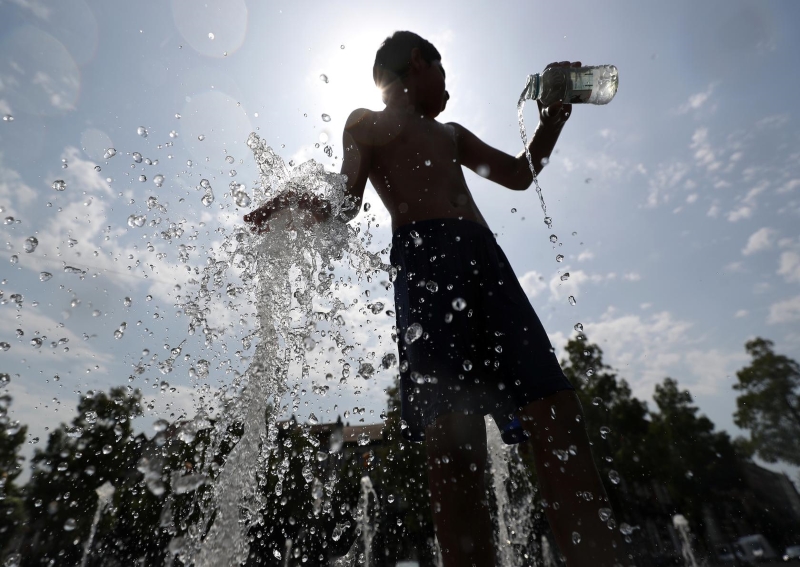 Extreme heat led to the deaths of almost 300,000 people over 65 years old in 2018 – a 54% rise in two decades, said a report on the links between health and climate in The Lancet medical journal.

Higher temperatures are also making it impossible for people to work outdoors in sweltering conditions in places like India and Indonesia, with 302 billion work hours lost globally in 2019, up from 199 billion in 2000, it said.

“Climate-induced shocks are claiming lives, damaging health and disrupting livelihoods in all parts of the world right now,” said Ian Hamilton, executive director of the fifth annual report of the Lancet Countdown on Health and Climate Change.

No country is immune to the worsening effects of a warming world on people’s health, whether from wildfires, heatwaves, floods, pollution or mosquito-borne diseases, said the study by 35 academic institutions and U.N. agencies.

Hamilton said disasters fuelled by climate change – including U.S. wildfires and tropical storms in the Caribbean and Asia-Pacific – had compounded the pressures on people and health systems already stressed by the coronavirus pandemic.

That was set to continue in 2021, he said, even as vaccination campaigns against the coronavirus are expected to get underway.

The pandemic has thrown a spotlight on the ability of health systems to cope with the sorts of health shocks climate change could cause in future, said Hugh Montgomery, Lancet Countdown co-chairman and a professor of intensive care medicine at University College London.

“A nation’s wealth offers no protection against the health impacts of even a 1.2C global average temperature rise,” he said in a statement, referring to the level of warming that has already happened since preindustrial times.

“Flames, floods and famine do not respect national borders or bank accounts,” said Montgomery, a doctor who has been caring for COVID-19 patients.

Examples of climate-related health impacts are already evident on every continent, the report noted.

They include dengue virus spreading across South America, heart and lung problems from record heatwaves and wildfires in Australia, North America and western Europe, and poor nutrition and mental health issues spurred by floods and droughts in China, Bangladesh, Ethiopia and South Africa.

The study found that 128 countries had experienced a rise in the number of people exposed to wildfires since the early 2000s, with the biggest risk increases in Lebanon, Kenya and southern Africa, as well as in the United States.

Growing health threats linked to climate change could overwhelm healthcare systems without more effort to prepare them for the pressures of a warming world, the report warned.

Only half of 101 countries surveyed had drawn up national health and climate plans, with just four saying they had adequate funding, it noted.

At the same time, two-thirds of more than 800 cities surveyed in 2019 expected climate change to seriously compromise their public health infrastructure, the report said.

The rapid introduction of new online and telemedicine services in response to COVID-19 could help make health care provision more resilient and reduce its planet-warming emissions, responsible for close to 5% of the global total, it added.

Hamilton warned that if governments failed to tackle the climate and coronavirus crises together, global targets to limit warming would be missed, further damaging public health.

Ensuring a green recovery from COVID-19, on the other hand, would lead to cleaner air, healthier diets and more liveable cities, he told journalists.

Maria Neira, director of the environment, climate change and health department at the World Health Organization, said aligning responses to both the pandemic and climate change could deliver “a triple win… that improves public health, creates a sustainable economy and protects the environment”.