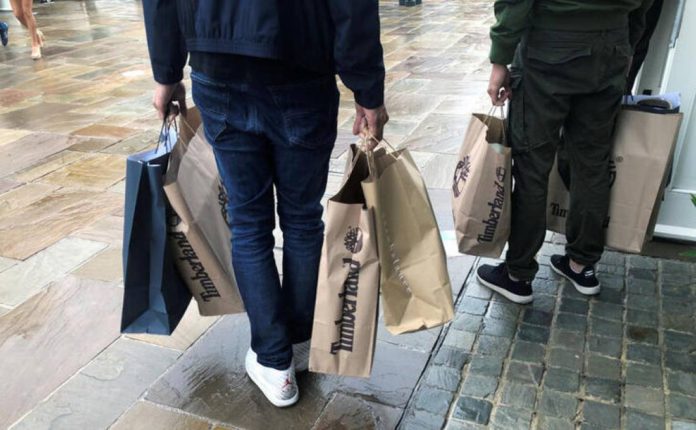 LONDON: Fashion retailers such as Boohoo and Quiz should not abandon their suppliers in Britain over labour abuses but support them to improve working conditions, advocates said on Tuesday, amid growing scrutiny of garment factories in the city of Leicester.

British brands sourcing from Leicester, central England, have been scrambling to respond this month following campaigner and media reports that some of their suppliers had underpaid workers and failed to protect them from COVID-19.

Boohoo and Quiz have vowed to investigate their supply chains and improve operations after reports that factory workers were being paid as little as 3 pounds ($3.80) an hour – less than half the minimum wage in Britain – to make their clothes.

Quiz announced on Monday it had suspended one supplier that had used a sub-contractor “in direct contravention of a previous instruction”, while Boohoo last week said it had cut ties with two suppliers for unspecified reasons.

Yet activists and analysts said such measures only benefited the brands while putting jobs at risk, dissuading suppliers from raising concerns over working conditions with their buyers, and ultimately leaving endemic abuses in Leicester to go unchecked.

“Brands cutting and running is a quick-fix PR (public relations) move that shifts the blame to the supplier and doesn’t look at brands’ poor purchasing practices,” said Meg Lewis, campaigns manager at advocacy group Labour Behind the Label.

Boohoo and Quiz were not immediately available to comment.

Industry experts say labour exploitation in Leicester, which is home to about 1,500 textile factories and 10,000 garment workers, has gone unaddressed despite many exposes in recent years and a parliamentary probe into the matter in 2019.

Online fast fashion retailers demand ever-lower prices and quicker production from suppliers, who then use subcontractors where the risk of abuses from low pay to debt bondage is higher yet far harder to identify and address, according to activists.

“When a brand cuts off a manufacturer, there are usually two outcomes,” he said. “Either a factory shuts and workers get laid off, or, as tends to happen, a factory closes then reopens under a different name. But protocols and conditions remain the same.”

Exploitation stays largely hidden as workers in Leicester – many of whom come from South Asia – are unlikely to speak out, campaigners say, often because they lack the right to work or live in Britain and fear being fired, arrested or deported.

Lucila Granada, head of the charity Focus on Labour Exploitation, said brands should respond to reports of abuse in their supply chains by focusing on safely interviewing workers.

“This should lead to a clear plan with specific milestones in place to monitor improvement in (supplier) practices,” she said, adding that brands must bear some of the ensuing costs.

Activists and academics have also called for measures from more funding for labour inspections to laws requiring companies to publish supplier lists and details of audits, and conduct human rights due diligence in their supply chains.

Last week, authorities including police, immigration officials and health and safety inspectors said they had found no evidence of modern slavery in initial visits to factories in Leicester, with more inspections planned in the coming weeks.

Yet a focus on slavery – or any given brand – risks reducing the matter to a criminal offence by an unscrupulous employer, said Remi Edwards, a labour researcher at Sheffield University.

“Meanwhile, the root of the issue is not being tackled, and the scandalisation of abuse in Leicester presents it as the exception rather than the rule, detracting attention from well-documented, widespread and systemic abuse,” Edwards said.