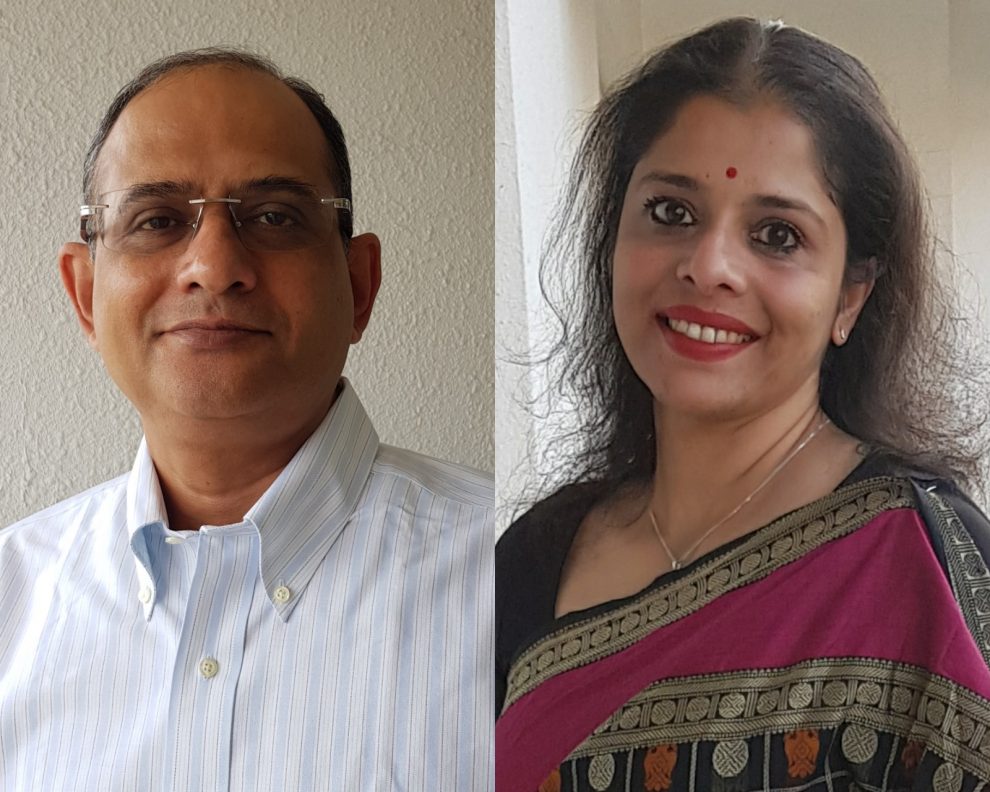 Charu was vaguely aware, thanks to her neighbour’s loud TV habits, that a dead body had washed up somewhere during the night and a police investigation was on, but she paid no attention to it, focused as she was on the man before her.

Hardly had Shakuntala seen David than she had thrown herself into his arms, sobbing vigorously, pouring out every bit of the grief in her heart. For the next two hours, Charu had not known what to do except make endless cups of tea, most of which had gone ignored.

Sipping loudly on her most recent—and still hot—cup of tea, Charu took a good look at the much-fêted, much-lauded David. He was a strikingly handsome man; she gave him that. But he was also such a stark contrast to Ravi that she simply could not understand why her mother treated him as a second son.

Where Ravi had been elegant and understated, David seemed to be the kind of man who lived in the heavy-metal T-shirt and jeans he was now wearing. He was tall, as Ravi had been, but square-jawed and rugged, compared to Ravi’s statuesque, clean-shaved charm. David’s hair had an I-don’t-care wavy length to it, whereas Ravi had always been fastidious about his haircuts, and where Ravi would probably have consoled the sobbing Shakuntala with words of reason and philosophy, David was whispering tender assurances, holding Shakuntala close and patting her cheek.

Was David perhaps the more attentive, expressive son that Ravi had not been? But that was not fair, Charu told herself. Ravi had done everything and more for them; if he had not had time or energy to be a doting mama’s boy, that was because he had been busy working hard to provide for them. Surely Shakuntala knew that? Or perhaps she had until this charmer had waltzed in and . . .

Charu cut short her irritated evaluations as David helped Shakuntala to her feet. Shakuntala did not as much as glance at Charu as she allowed David to escort her to her room to rest.

Charu scowled at her now-empty cup, trying to prioritize the events of the night and what needed to be done next over the feeling of being a stranger to her own family. She was only partly successful. She was still scowling when, a little later, David sat down opposite her at the dining table.

Charu had prepared herself for many possible openings to the inevitable conversation, but this she had not foreseen.

‘No,’ she admitted, feeling far too worn out for politeness.

David grinned. ‘Is that why you screamed when you saw me earlier, in the basement?’

‘I screamed because you startled me, lurking up on me in the darkness like that. You’re just lucky I didn’t hit you with something. And if you think you’re being funny harping on that, I assure you it’s not going to make me like you any better.’

‘You’re right; it’s not funny.’ David let what had clearly been a fake smile fade from his lips. He reached out for the pieces of plastic that Charu had recovered the previous night, now reassembled into a whole to reveal a blood donor’s card with Ravi’s name and photograph on it. ‘You’re right.’

‘You just said that.’

‘I mean about the accident, Charu,’ David said, tapping a long finger on the donor card. ‘If Ravi had been going to donate blood, there’s no way he would have had even a drop of alcohol in him. But when I spoke to him on the phone that evening . . . at around six o’clock or so . . . he mentioned nothing about drinking nor the blood donation. Still . . .’

A heavy silence fell over them both, marred by the music indicating the ending of the morning news on the neighbour’s TV.

Taking a deep breath, Charu asked, ‘Can you help me, David? Can you help me figure out what really happened? Will you come with me to the police station?’

‘You don’t have to ask, Charu. Just because I’m not crying my eyes out doesn’t mean I don’t . . . did not . . . love Ravi. Whether you intend to or not, I certainly mean to get to the bottom of this whole thing. . . and you don’t have to like me for it,’ he added, flipping the pieces of the card back on to the table.

‘Is that reverse psychology?’

Excerpted with permission from Farside: Everybody Has Another Side, Jaishankar Krishnamurthy and Krishna Udayasankar, Penguin India. Read more about the book here and buy it here.

The Dispatch is present across a number of social media platforms. Subscribe to our YouTube channel for exciting videos; join us on Facebook, Intagram and Twitter for quick updates and discussions. We are also available on the Telegram. Follow us on Pinterest for thousands of pictures and graphics. We care to respond to text messages on WhatsApp at 8082480136 [No calls accepted]. To contribute an article or pitch a story idea, write to us at [email protected] |Click to know more about The Dispatch, our standards and policies
TagsFarside Jaishankar Krishnamurthy Krishna Udayasankar Penguin India

“Masala and Murder”: Bollywood plays the backdrop in this exciting murder mystery novel
Book: The role Aligarh Muslim University played in the making of the modern Indian Muslim
Comment