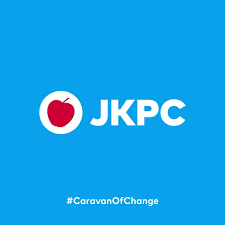 SRINAGAR: J&K Peoples Conference today asserted that the silence of 19 opposition parties on Article 370 & 35A is tantamount to an endorsement of abrogation.

“The meeting of 19 opposition parties by selectively parroting the demand for statehood and criminal silence on Article 370 & 35A has endorsed the revocation of special status of J&K. In a statement issued after the meeting, there was no mention of repealing the decisions taken by the BJP government on August 5th 2019.”, PC Spokesperson Adnan Ashraf Mir said.

He maintained that the opposition has buried the peoples demand of bringing back Article 370, 35A and the domicile rights of J&K.

He said that constructive ambiguity was a better option than criminal unambiguity expressed through silence of the 19 opposition parties.

“The fact of the matter is that the easiest way to restore Articles 370 and 35A is through parliament. The court process is time-consuming. BJP has, in the past, made it clear that they will never restore the special status of J&K. The stance taken by opposition parties after the meeting makes it clear that they will not restore JK’s special status in the parliament.”

Asserting that both the PDP and NC have endorsed the stand of opposition parties through their participation at the meeting, Adnan said by attending this meeting Farooq Abdullah and Mehbooba Mufti have nailed the coffin of the special status of J&K.

“It seems NC and PDP are over enthusiastic to jump into the frame and be seen courting the national opposition. But at what cost? To find a seat on the high table, Mehbooba Mufti and Farooq Abdullah have traded off their demand for restoration of peoples’ rights and most importantly betrayed the commitments made to the people of J&K. If these 19 opposition parties will not support the demand of the people of J&K then what is the fun of attending such a meeting?”, he asked.

Adnan said that both NC and the PDP will have to explain that if both the spectrums of Indian polity—the ruling party and the opposition parties— are against the restoration of special status, who will restore it in the parliament?

“The current ruling dispensation is not exactly known for its tolerance. On one hand, Mufti-Abdullah breaks bread with an opposition group that do not have the exigencies of being in power. Yet they refuse to endorse the stand of people of J&K. If this is the stance of these parties out of power surely they will be more hardline when they are in power”, he added.

He further said that JKPC has always maintained that there is a national consensus on Article 370 between the Left, Right and the centrist parties.

“They were all hand in glove in removing the special status of J&K.  And they continue to share the consensus even today. People of J&K deserve to know this unvarnished truth”, he added—(KNO)

Evacuation from Afghanistan: Around 300 Indians likely to be brought back by Sunday
Army jawan dead, several in hospital after suffering heat stroke while training near Pathankot
Comment