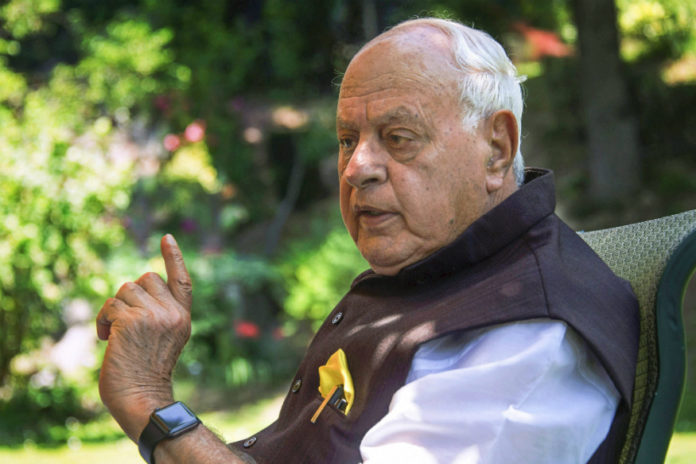 A ray of hope to the farmers’
Abdullah congratulated Badal on “the courageous and principled stand” taken by SAD on the twin issues and said, “in doing so, you are not only living up to the glorious legacy of your party but have also provided a ray of hope to the farmers and other beleaguered sections of society in the country.” Farooq Abdullah said that he was proud of his “long association with the Akali movements as a regional party committed to the setting up of a genuinely federal structure in the country.”

The former J&K chief said that no one in the country has fought for farmers like the Akalis always have and “it is great to see you holding that flag aloft.” According to a statement, Sukhbir Singh Badal thanked Dr Abdullah for his “support and blessings for the genuine cause for which SAD has started the struggle.”

President Ram Nath Kovind had earlier in the day, given his assent to the contentious farm legislations and the Jammu and Kashmir Official Languages Bill which provides for the inclusion of Kashmiri, Dogri and Hindi in the list of official languages, in addition to Urdu and English.

Akali Dal exits NDA
The SAD on Saturday quit the National Democratic Alliance (NDA) over the farm legislations and the non-inclusion of Punjabi as an official language in Jammu and Kashmir Official Languages Bill. SAD leader Harsimrat Kaur Badal had quit from the Union Cabinet as Food Processing Minister over the agriculture bills that have been passed by Parliament in the recently concluded monsoon session.

The Farmers’ Produce Trade and Commerce (Promotion and Facilitation) Bill, 2020 and the Farmers (Empowerment and Protection) Agreement of Price Assurance and Farm Services Bill, 2020 were passed by Parliament. A third bill relating to amendment in the Essential Commodities Act has also been passed by Parliament. The Centre has said that the bills provide farmers with the freedom to sell their produce everywhere.