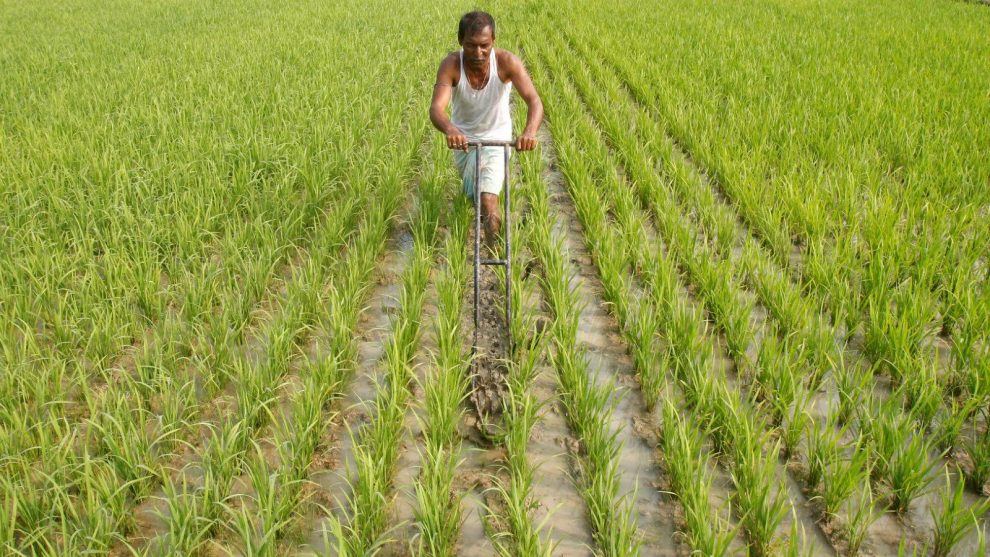 Our farmers have been on agitation for the last one month for repealing of  three new Bills expressing their apprehensions and doubts that the interests of farmers would be affected if three Bills become law. They are  apprehending that MSP would be abolished, existing Mandis will be closed and Contract Farming would snatch agriculture land from the farmers.

On 1one hand these farmers are agitating, on the other, Union  Ministers have held series of meetings with the Kissan Organizations and assured to accept amendments to be suggested by them but the adamancy on part of the representatives of farmers has not born any fruit.

The Prime Minister Narendra Modi, who has always worked for the betterment of farmers, also came forward to clear all the apprehensions and assured of not harming the interest of any farmer.  The PM told them  repeatedly that if they have any doubt regarding the Bill, he is 24 hours available to talk to them and if they want amendment, the government is ready for that too.

But the way the farmers are adamant that the Bills should be fully repealed , has raised doubts among the people that there are some vested elements who are playing a foul game. Such elements are worried about those landlords owing acres of land and no concern for small and poor farmers. It would not be wrong to ask if the agitation has been hijacked by some vested elements despite the fact that apprehensions have been cleared but there is no call to end agitation.. Had they been really worried about poor farmers, they would have appreciated these Bills.

If we talk of fear among farmers and their apprehensions about Agricultural laws which the agitators are speaking about,  the first is about Minimum Support Price (MSP) Secondly Mandi laws and thirdly Contract Farming.

Prime Minister himself has assured every farmer of the country that like MSP was given earlier, it will continue to be given, MSP will not be closed, Mandis would function as past and  appealed the farmers not to fall into any such confusion created by opposition parties.

The 2nd apprehension is about a change in the Mandi Law but  not a single market has been closed after the new Bills. The truth is that government is spending more than 500 crore rupees on modernizing APMC, computerization of them.Then from where the talk of the closure of APMC come from?

According to new Bills whether the farmer sells in the market or outside, this will be his choice Now, where the farmer will get benefits, he will sell his produce.Its biggest benefit will be more money for them.

The third major apprehension is about Contract Farming, under which the Congress and opposition parties, which have suddenly  became the so-called supporters of the farmers, are spreading the illusion that big companies will take over their farming land. The fact is that in the farming agreement, only crops or produce are to be procured. The land remains with the farmer, the agreement and the land have nothing to do.

As for as questions from the Congress on Contract Farming is concerned, it should first know that this system is still going on in some form or the other.  Many big companies are already bargaining with farmers of their choice.  There is no talk of capturing land in it.  The laws of the country are fully capable of stopping this and are in the interest of farmers.

Interests of farmers were always in the Prime Minster’s priorities since the very first term of the Modi government at the centre. From  doubling the income of farmers to getting the right price for their produce, the Modi government has been continuously taking policy decisions.  The new agricultural laws are also a link to the same. Preference of Prime Minister Narendra Modi is to bring positive changes in the lives of farmers. We should understand that there are many positive steps the central government has taken for the farmers in the last six years for their economic upliftment.

1. Neem Coated Urea (NCU)  a fertilizer and an agriculture scheme initiated by the Government of India to boost the growth of wheat and paddy and curb the black marketeering and hoarding of urea.

2 – Soil Health cards to analyse the strength and weaknesses (micro-nutrients deficiency) of the soil and suggest measures to deal with it.

3- Pradhan Mantri Krishi Sinchayee Yojana (PMKSY) has been formulated with the vision of extending the coverage of irrigation ‘Har Khet ko pani’ and improving water use efficiency ‘More crop per drop’ in a focused manner with end to end solution on source creation, distribution, management, field application and extension activities.

4- Pradhan Mantri Fasal Bima Yojana (PMFBY) a crop insurance scheme to provide insurance coverage and financial support to the farmers in the event of failure of any of the notified crop as a result of natural calamities, pests & diseases.

5- Pradhan Mantri Kisan Sammann Nidhi  an initiative by the government of India in which all farmers will get up to ₹6,000 per year as minimum income support. In this scheme every year farmers will get about 75 thousand crore rupees.That is, about 7 and half lakh crores in 10 years and Direct transfer to farmers’ bank accounts. With No leakage, no commission to anyone.

The central government has not only targeted to double the income of farmers but also increased the budget of agriculture accordingly.  The Congress, which makes a sudden voice in the interests of farmers, should know how steps are being taken for farmers in BJP ruled states.

Uttarakhand is the first state in the country to pay 100% of the arrears of sugarcane farmers and  that too two months before the crushing season started.  Apart from this, loans up to three lakh rupees and up to five lakh rupees are being provided to the self-help groups without interest.  Under this scheme, a loan of Rs 2,062 crore has been disbursed to over four lakh farmers and 1,330 groups so far.  The steps taken by the state government in the interests of farmers have also been praised by the farmers of Britain.  They are also supporting us in this matter.

Infact, the farmers of the country should seek answers from those who first kept writing about these reforms in their manifestos, collecting the votes of the farmers, but did nothing.  Just kept on avoiding these demands and the farmer of the country, kept waiting.

The author is Secretary BJP J&K