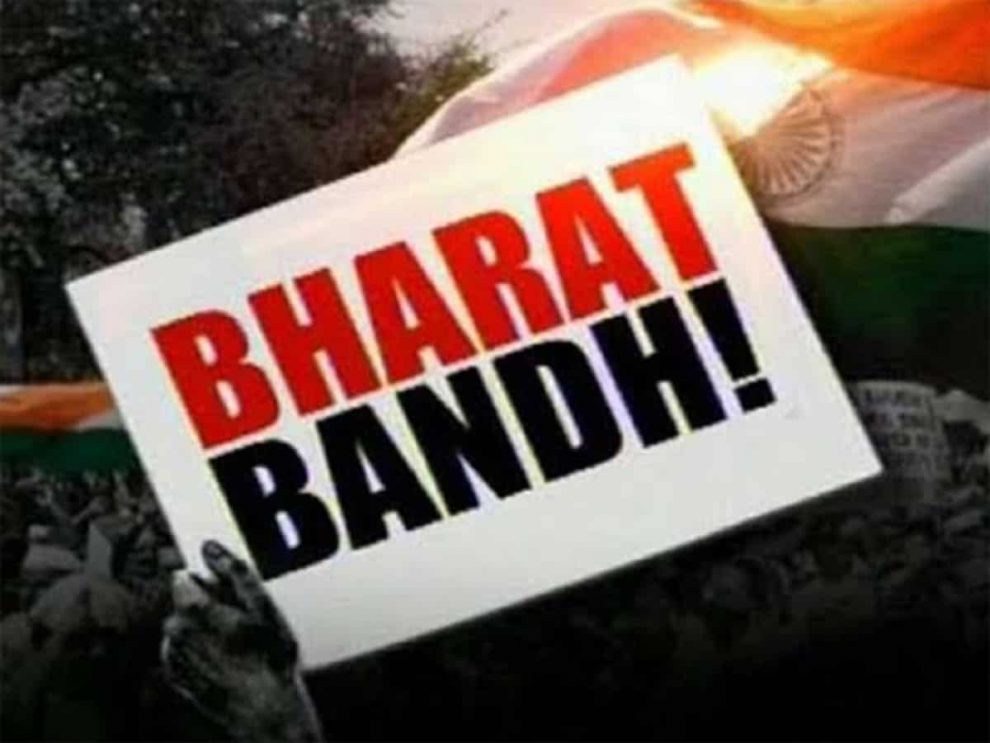 With the ongoing farmers’ agitation against the newly enacted farm laws entering the 13th day, along with a call for Bharat bandh on Tuesday, the traffic near the borders of the national capital region remained affected as multiple borders between Delhi and neighbouring states remained closed for commuters.

Meanwhile, a huge force of security personnel has been deployed at Singhu border between Haryana and Delhi in view of the nationwide bandh, called by the farmers today, as they were not satisfied with the amendments to the agricultural legislation being proposed by the central government.

Delhi Traffic Police on Tuesday appealed to citizens to take alternative routes as besides Singhu, other borders like Auchandi, Piao Maniyari, Mangesh, Tikri, Dhansa and Jharoda were closed for all kinds of traffic movement. National Highway (NH)-44 is closed from both sides, while Jhatikara and Badusarai borders are open only for two-wheeler traffic and pedestrian movement.

The traffic police said Daurala, Kapashera, Badusarai, Rajokri NH-8, Bijwasan/Bajghera, Palam Vihar and Dundahera borders between Delhi and Haryana are open, while the traffic has been diverted from Mukarba and GTK Road. Police asked the commuters to avoid Outer Ring Road, GTK Road, and NH-44.

The police said their main focus would be between 10.00 am and 3.00 pm when farmers proposed Chakka Jam (traffic blockade).

“Delhi Police, along with paramilitary forces, are on alert. Constant monitoring of the ground situation will be done by senior police officers,” said an officer.

The police have also increased security deployment at market areas to make sure that nobody puts pressure on shopkeepers to shut shops, even as the farmers informally assured police that the protest will be peaceful and that participation is voluntary.

Haryana and Delhi Police have also issued travel advisories informing people that they may face traffic jams on various roads and highways.

“It is expected that agitating groups may sit on dharna on various roads and highways, within Haryana and block them for some time. The peak time of impact is expected to be between noon and 3 pm. There may be some disruptions on various toll plazas in the state. The major highways, Delhi-Ambala (NH-44), Delhi-Hisar (NH-9), Delhi-Palwal (NH-19) and Delhi-Rewari (NH-48) may also see some traffic disruptions for a short time,” the travel advisory by Haryana Police read.

The farmers are protesting against the Farmers’ Produce Trade and Commerce (Promotion and Facilitation) Act, 2020, the Farmers (Empowerment and Protection) Agreement on Price Assurance and Farm Services Act, 2020, and the Essential Commodities (Amendment) Act, 2020.