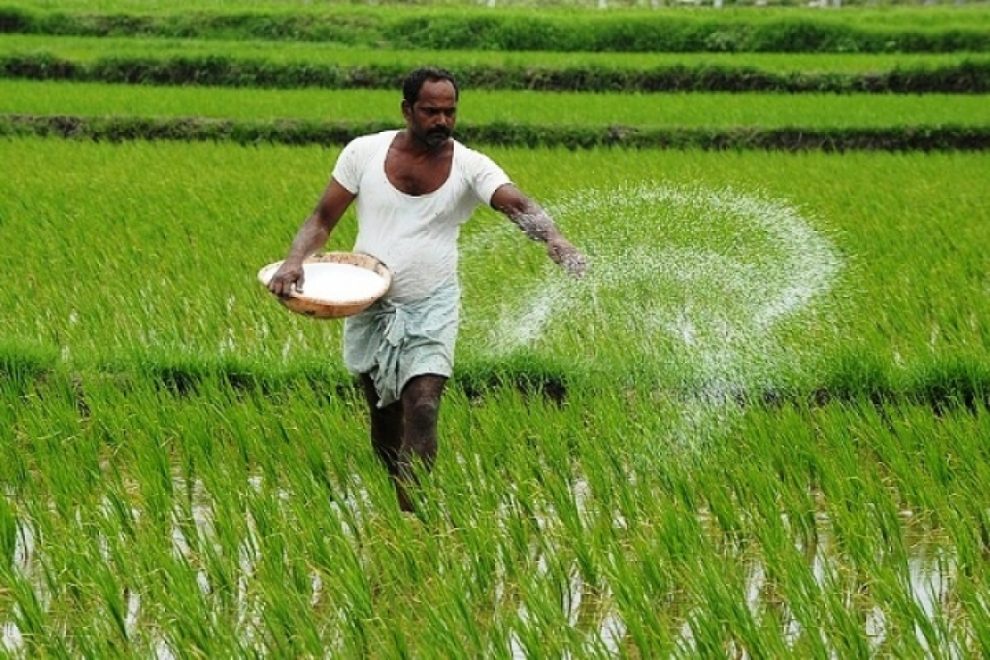 Interest of the farmers and their welfare were always in Prime Minister’s prime priorities since the very first term of Modijis’ BJP Govt in 2014. Modi Govt has been constantly taking major steps and policy decisions to fulfil the dream of doubling the income of farmers and getting the right price for their produce. He has been always looking for the economic upliftment of the farmers since farmer is the back bone of Indian Economy. Farm reforms were becoming necessary, because poor farmers who are 70% of population of our country were getting poorer during the misrule of the previous Govt led by Congress at the centre, which did nothing for the betterment of the farmers. As such the three new farm laws enacted in September 2020 have been introduced and projected by the Central Govt as major reforms in the Agriculture sector for the welfare of the farmers. The act will remove the middle man and allow the farmers to sell their produce anywhere in the country, wherever he gets his benefits. Intellectuals, academicians across the country have come out in support of the new reforms brought by the central govt which will change the farmer’s fortune and will free farming from ill practices and enable farmers to sell their produce at competitive prices.

Thousands of farmers mainly from Punjab, Haryana and parts of U.P. have been on agitation and are camping on various Delhi boarders for almost over a month to protest against these three farm laws and demanding their complete repeal and expressing their apprehensions that the interests of farmers would be harmed, if the laws are implemented. They fear that Minimum Support System (MSP), would be abolished, existing Mandis will be shut down, and   Contract farming would deprive them of their Agriculture Land. The protesting farmers and the Unions have been saying that these legislations would leave them at the mercy of Corporates  by weakening the MSP and Mandi system. These apprehensions are completely unfound, and baseless, since the MSP and Mandi system are continuing and being expanded and strengthened further by the Central Govt for the betterment of the farmers.

To further dispel the fears pertaining to ‘contract farming’; Govt in several meetings has repeatedly assured the farmers that contract is limited to exchange of crops /produce and not the land. There is no mention of land in the reforms. The Agriculture Land remains with the farmer. It is the opposition parties that are spreading the rumours that big companies will take over the farming land, which is entirely baseless and false. The fact is that under farming agreement, only crops or produce are to be procured. Several rounds of talks with the union ministers have failed to break the dead lock with the farmer groups, but the farmers are adamant demanding complete repeal of three laws. This has raised certain doubts in the minds of the people that there are certain vested elements playing a foul game and are bent upon to hijack the agitation, despite the fact that all the doubts and apprehensions have been cleared by the Govt from time to time. Prime Minister Narendra Modiji himself came forward during his live telecast and interaction with the farmers and removed all the doubts and confusion in their minds and assured them of not harming the interests of the farmer. He repeatedly assured that the provision of MSP will continue and mandis would function as in the past and will not be shut down. He also assured that Govt will accept the amendments, in the interest of the farmers and appealed the farmers not to fall prey into such confusion created by the opposition parties. Sixth round of talks held on 30thDec, 2020 between farmers union and Govt ended on a positive note, since consensus on two issues of electricity and Penalty against stubble agreement was reached. Next round of talks is scheduled on 4th Jan 2021 on main issues of three farm laws and legal aspect of MSP.for which farmers want complete withdrawal of all the three legislations and giving a legal guarantee on the MSP.  .

It is certain that new farm laws in the agriculture sector projected by BJP Govt for the welfare of the farmers will change the life style of the farmer across the country and put the nation on the fore front of economic growth. The Govt is committed to doubling farmer’s income by 2022 and it aims to boost the income of farmer which reflects the positive vision of P.M.Narendra Modiji towards farming community. The Govt is trying to empower farmers as only self reliant farmers can be pillar /foundation of an ‘Atman Nirbhar Bharat’, said Modiji in his live telecast during his interaction with the farmers, asking them not to get misled. We all should remember and appreciate the positive steps which Modi Govt  has taken in the last six years to boost the economy of the farmers viz, Soil Health Card to know the micro nutrient deficiency of the soil,Pradhan Mantri   Krishi Sinchayee Yojna(PMKSY) ‘more crop per drop’,Pradhan Mantri Fasal Bhima Yojna(PMFBY) crop insurance to provide insurance coverage in the event of crop failure due to natural calamities, Pradhan Mantri Kisan Samman nidhi (PM-KISAN) under which the farmers will get benefit of Rs 6000/- per year payable in three instalments of Rs 2000/-each directly transferred to bank account of beneficiaries. The Agriculture budget has been increased from 12000 crore to Rs 1, 34000 crore to boost the Agriculture sector and to double the income of the farmers. Let the farmers and the people of the country seek answers from those who raised voice and kept writing about these agriculture reforms in their manifestos and collecting votes from them and used farmers as vote bank but did nothing for the betterment of the farmer of the country. Every Nationalist should stand in solidarity with the Central Govt which has taken various positive and bold steps in agriculture reforms for the interest of the farmers. The new laws provide full autonomy for the farmer and Govt is committed to protect the farmer’s livelihood.