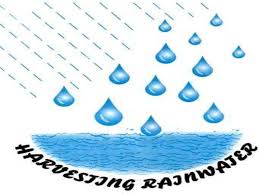 Agriculture Minister Narendra Singh Tomar has said that the welfare of farmers would not have been possible without changing laws and the farm bills passed by the Parliament will be revolutionary.

In an interview to a news agency, Mr. Tomar said, the Minimum Support Price (MSP) has never been part of law and wondered why Congress had not brought it into the ambit of law in the last 50 years. He asserted that MSP has always been Central Government’s administrative decision and it will remain so.

The Minister alleged that Opposition parties are making issue as they do not have anything to criticize the government. He added that the Centre has declared MSP for Kharif and Rabi crops and as soon as Kharif crop is harvested, the government procurement will begin. The Minister said, the new farm bills give freedom to farmers to sell their produce outside APMC Mandis at prices they deem fit without the taxes levied there.

Earlier, farmers had to bring produce to Mandis where 25 to 30 licensed traders hold auction and then farmers were forced to sell at whatever price is fixed.

The Minister also said that the legislations will give price guarantee to farmers at time of sowing and selling agreements will only deal with the produce and there can be no mention of farmland.