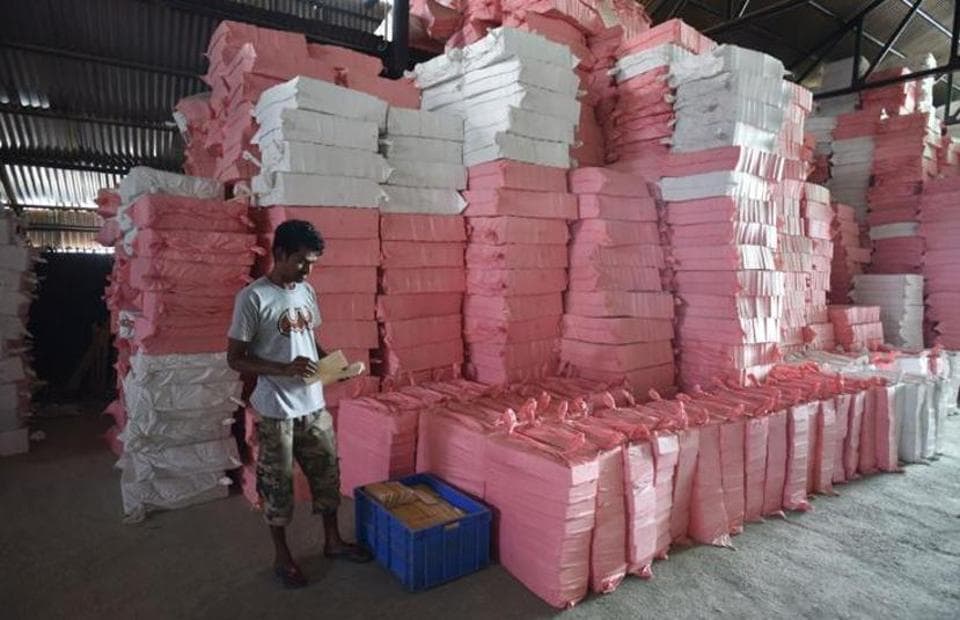 SRINAGAR: “The name of Pulwama would no longer evoke the image of the militant attack of February 14, 2019. Instead, it would present the picture of a new India,” reads the 38-page booklet released by the Ministry of Home Affairs (MHA) on Friday.

The booklet reads that on the initiative of central government, Ukkhu village of Pulwama is being given the tag of “Pencil wala Gaon”.  “That’s why, Pulwama would now be known in the field of education. The hands wielding the pencil anywhere in country, may have not guessed where the pencil was manufactured and reached them. It is a pleasant fact that 90% of pencils in India originate from the same Pulwama. Ukkhu village of Pulwama is now proceeding apace to become a manufacturing hub,” the MHA said, adding, “After the removal of Article-370, Kashmir is raring to gallop on the path of development. Central Govt. is also inclined to link Jammu-Kashmir with the mainstream of development.”

The MHA said that in the past one year, new dimensions of development have been added in various sectors of Jammu-Kashmir and Central government’s initiative to provide a new identity as “Pencil wala Zila” to Pulwama district, is a part of the same.

“Up till now, Ukkhu village of Pulwama used to send only pencil slats (strip of wood) to the entire country for preparing pencils. But now, the whole country would be supplied finished pencils manufactured completely in Pulwama. Now, this village would develop as a special zone. While more than 400 people of this village have been associated with this business till now, the opportunities of employment will now increase,” the MHA said as per KNO. “This village had earned a revenue of 107 Crores from the business of pencil manufacturing last year. Similarly, villages of Anantnag are also making pencil templates.”

The MHA after getting the tag of “Pencil wala Gaon”, the people of the Ukkhu village would also get subsidies for the further growth of the pencil Industry. “It would also help increase the size of business. In 1960’s, Devdar trees were used to produce pencils. But this would result in damage to forest and environment. Therefore, Poplar trees began to replace Devdar. Only 10% of wood for pencil making is sourced from Kerala. The remaining demand of wood is supplied from Pulwama.”

The MHA said that from world-famous cricket bats to intricate woodwork, Kashmir needs new markets for its products. “In this context, this initiative of Central Government would strengthen ‘Vocal for local’ and provide a boost to handicrafts and Atam Nirbhar Bharat. Instead of just raw material, a finished pencil from Pulwama would now be in the hands of all Indians,” it said—(KNO)