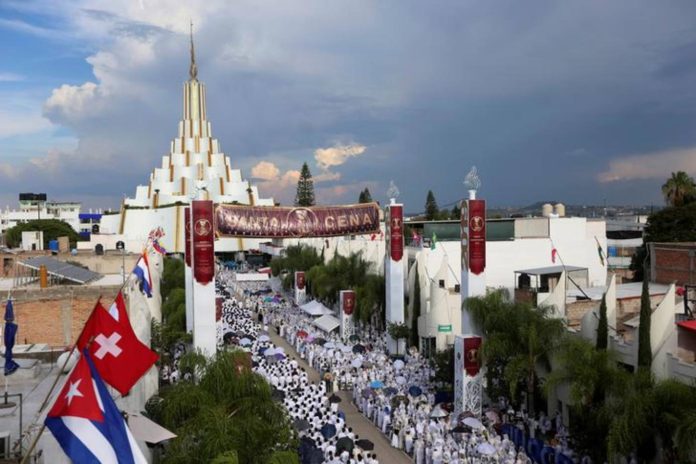 The Mexican government came under criticism from opposition lawmakers and a victim’s family on Monday who said officials have not responded to their complaints of human trafficking against the Light of the World megachurch.

The leader of the church is being held in U.S. custody on rape, human trafficking and child pornography charges, but a report filed with Mexican authorities in July 2019 has not progressed, they said.

Sochil Martin, who complained to Mexican prosecutors and earlier this year filed a U.S. civil suit, has claimed she was abused for 22 years as she grew up in the church.

She has said she was enslaved and trafficked by church leaders in California and Mexico, repeatedly raped and severely beaten.

On Monday her husband and deputies of the center-right National Action Party (PAN) spoke out, calling on Mexican investigators to take action.

“The silence from the prosecutors is very bad,” Federal Deputy Absalon Garcia said. “We’re calling on the attorney general to speed up the investigation.”

The criticism comes as advocates say the government has little to show for its broader efforts to stop human trafficking.

A national plan to combat it – originally scheduled for last year – has not yet been published.

Mexico’s Attorney General’s office did not immediately respond to a request for comment.

“Sadly this investigation has been very slow,” Sharim Guzman, Martin’s husband, said. “The follow-up of the report hasn’t been clear.”

Martin has said her family groomed her from childhood to become a sexual slave to its leaders until she escaped the church, which is headquartered in Guadalajara and follows what it says are early Christian teachings.

Leader Naason Joaquin Garcia, who is being held in California on $90 million bail, has maintained his innocence.

The church did not immediately respond to a request for comment.

Prosecutors said multiple victims, some of them minors, have told investigators that Garcia raped or sexually abused them.

In April, the head of Mexico’s financial intelligence unit (UIF) Santiago Nieto told the Thomson Reuters Foundation that it was about to present prosecutors with evidence on the Light of the World – one of the country’s largest evangelical churches.

But no advances in the case have materialized publicly.