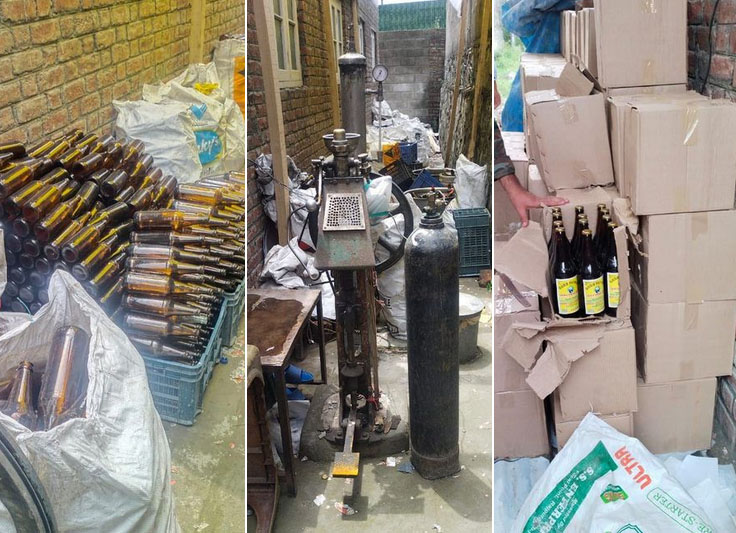 SRINAGAR: J&K Police along with civil authorities sealed a factory involved in the alleged illegal manufacturing and processing of beer on Srinagar outskirts at Khunmoh, police said on Saturday.
Police said an information was received from reliable sources that a factory M/S Zainab Textiles Phase 2 Khunmoh was involved in illegal/unlawful activity of manufacturing/processing of beer.
Accordingly , the said factory was raided alongwith officials from excise department, Revenue department and Food department under the supervision of Sub Divisional Police Officer Panthachowk and Station House Officer Panthachowk, police spokesman said.
“The factory was sealed,” he added.
Police have registered a case under various sections of Indian Penal Code and Excise Act 50 and investigation set into motion.