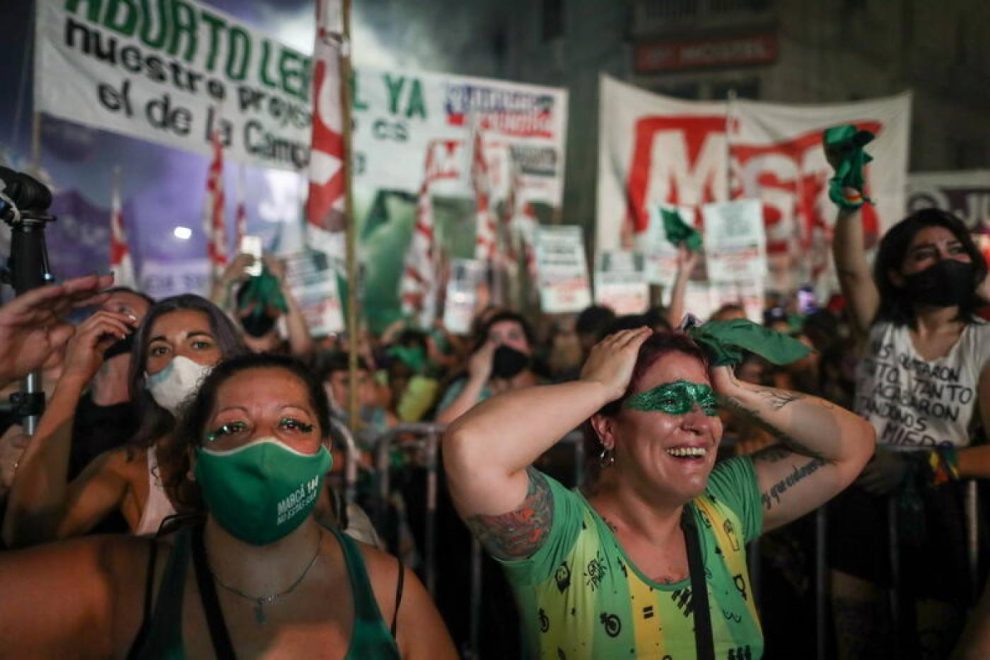 LONDON: Argentina became the first major country in Latin America to legalize abortion on Wednesday, permitting terminations up to 14 weeks, a triumph for women’s rights campaigners in a region with some of the world’s most draconian restrictions.

The vote followed strong opposition from the Catholic Church.

Here are some facts about abortion laws around the world:

* OUTRIGHT BAN – 24 countries ban abortion outright, even when a woman’s life is at risk. These countries are home to 96 million women of reproductive age, 5% of the global total.

* ABORTION RESTRICTED – 41 countries restrict abortion but allow it to save a woman’s life. These laws apply to some 400 million women of reproductive age, 21% of the total. Twelve of them also include additional grounds such as rape, incest and fetal impairment.

* ONLY TO PROTECT A WOMAN’S HEALTH – 57 countries allow abortion to preserve a woman’s health. Only 25 explicitly mention mental as well as physical health.

* SOCIAL OR ECONOMIC GROUNDS – Abortion is allowed on broad social or economic grounds that consider the woman’s circumstances in 11 countries, which are home to 400 million women of reproductive age, or 21% of the global total.

* ON REQUEST – 66 countries allow abortion on request although gestational limits vary. These laws apply to 37% of women of reproductive age or about 700 million women. Argentina will make this 67 countries once the president finalises the law.

* WHERE HAVE LAWS REFORMED – In the last 25 years at least 15 countries, aside from Argentina, have reformed their laws to allow abortion on request, and 18, including Niger, Democratic Republic of Congo and Colombia, have overturned complete bans on abortion.

* LATIN AMERICA – Argentina joins Uruguay, Cuba, and Guyana as one of only four countries in the region to legalize abortion.

* 32 in every 1,000 women in Latin America and the Caribbean had an abortion every year between 2015 and 2019 despite strict bans on terminations and the threat of harsh penalties in some cases.

* In El Salvador, some women have received sentences of more than 30 years for abortion-related offences.