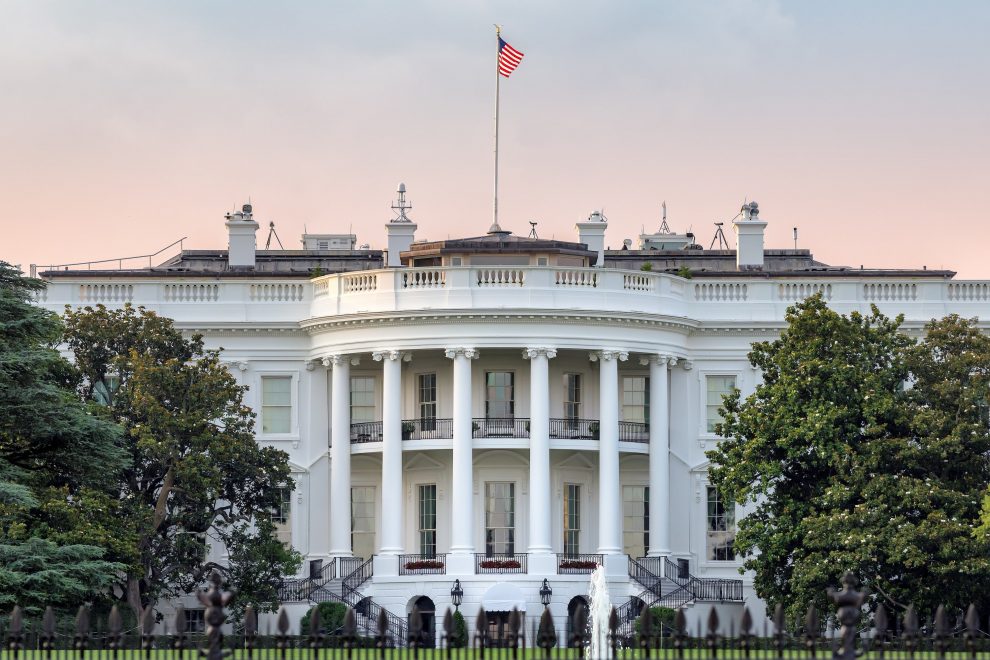 Washington: A group of Indian youngsters from across America, facing imminent prospects of deportation, has met senior Biden administration officials at the White House and influential lawmakers, appealing them to “let us stay in the US”.

There are 200,000 such young Americans, who have spent their entire childhood and teenage in the US, who are facing the prospects of imminent deportation to the country of their origin as they have either attained the age of 21 or about to reach that age, after which they can no longer be dependent on their parent’s visas.

A significantly large number of these parents are in a decades-long wait for a Green Card.

A Green Card, known officially as a Permanent Resident Card, is a document issued to immigrants to the US as evidence that the bearer has been granted the privilege of residing permanently in the US.

The young Indians, led by Dip Patel, a clinical pharmacist in Illinois, surprised many of the congressmen and senators, who greeted them at the Capitol last week, as they were probably the first batch of lobbyists at the US Congress, after the recent lifting of social distancing restrictions by the Center for Diseases Control and Prevention (CDC).

Patel, 25, is founder of Improve The Dream, a youth-led organisation bringing awareness for children who face ageing out and self-deportation, was joined by Pareen Mhatre, 21, a senior at the University of Iowa majoring in Biomedical Engineering and minoring in Business Administration; Naga Raghav Sreeram, 21, a senior at the University of California, Davis majoring in Computer Science.

These six youngsters spent an entire week here in the US capital last week.

They had just one plea: Please let us stay in the US, our home. Don’t deport us. Both the members of Congress and Senators, more than a dozen of whom they met personally were moved by their courage and lobbying efforts.

Everyone from the US Congress to the officials in the Biden administration, including those in the White House and the Department of Homeland Security, these young advocates said they were given assurances. At the same time, they were asked to have patience as things move slowly in Washington DC and legislative changes take time.

Improve The Dream is an advocacy organisation led by young immigrants who have grown up in the United States as child dependents of long-term visa holders without a clear path to citizenship. We represent over 200,000 Documented Dreamers and are collectively raising awareness about the various issues that cause us to age out of the system when we turn 21, said Dip.

He was born in India and brought to the US at age nine as an E2 visa dependent from Canada in 2005. He is currently on TN status.

The TN nonimmigrant classification permits qualified Canadian and Mexican citizens to seek temporary entry into the United States to engage in business activities at a professional level.

Members of our community were brought to the United States at an average age of five and have resided here for an average of 12 years. We are advocating for change that permanently ends “ageing-out” and provides a path to citizenship for every child who grows up in the United States, regardless of status, Dip said.

Dip said one specific change that they hope the administration would make is to allow Documented Dreamers to qualify for DACA (Deferred Action for Childhood Arrivals) after the upcoming rulemaking in August, by removing the requirement to be undocumented.

Documented Dreamers are children whose parents immigrated legally to the US.

The DACA programme, created by former president Barack Obama in 2012, prevents the deportation of people who arrived in the US as minors. The policy was rescinded by his successor Donald Trump in September. DACA recipients are often referred to as Dreamers.

We will soon have a Congressional letter sent to the administration, signed by many members of Congress, to urge the administration for this change. Additionally, a bill to permanently end ageing out, America’s CHILDREN Act, will be introduced by Congresswoman Deborah Ross, he said.

For Raghav Sreeram, spending a week in Washington DC and advocating for Documented Dreamers through Improve The Dream has been nothing short of incredible.

From the people we met and discussions we had to explore the amazing city that left me in awe, it was a life-changing experience and one that I will never forget, he told PTI.

From our meetings… I have gained a newfound hope that we will be protected and given the chance at the American Dream our parents came looking for 15 years ago. I am also leaving with a new perspective on politics and legislators who I have naively labelled as uncompassionate, he said.

After years of advocating and hoping to change the policies that affect documented dreamers I finally felt heard this week, said Sarvani Kunapareddy.

Last week I felt that same level of support from legislators and those that could make real changes. While in meetings with various individuals they asked me specific questions about my story. They were always intently listening and never broke eye contact. After a week’s worth of meetings I have felt like I have finally been heard, she said.

The voices of Documented Dreamers like myself have gone unheard for far too long now but I am now certain that our voices are being heard, said Lakshmi Parvathinathan.

As I reflect on the past 14 years and the past week, I now feel more American than ever. Speaking up on unjust issues and advocating for the voiceless has reminded me that I am an American and that this country is my home, she said.

Documented Dreamers like myself are American in every way except on paper, and we will continue to fight to ensure that Dreamers of all statuses are protected by the system, said Lakshmi.

Describing the past week as absolutely surreal , Pareen Mhatre said growing up in Iowa City, she was raised as an advocate. However, due to my immigration status, I’ve always felt unsafe while speaking up. Even a simple social media post advocating for a certain issue could send me back to the country I’ve lived in for four months when I was a baby, she added.

However, ever since I was given the opportunity to testify in front of Congress, I finally felt like my voice was being heard. I FELT like an American, Pareen told PTI.

Their advocacy has had its own impact on lawmakers. Great to hear from some young advocates with @ImproveTheDream last week outside of the Capitol! It’s past time for the Senate to pass the Dream & Promise Act, tweeted Senator Michael Bennet.

It was such a pleasure running into these Dreamers outside the Capitol today including a constituent from my district! They were on the Hill advocating for themselves and other young immigrants. We need the Senate to pass the Dream and Promise Act, said Congresswoman Mary Gay Scanlon.

Homo who? A new mystery human species has been discovered in Israel
First COVID-19 case may have emerged in China in October 2019: Study
Comment