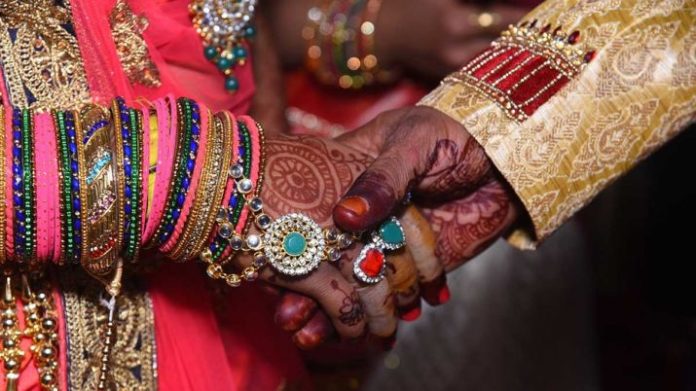 Jammu: Roop Lal has been making a living since his childhood from the business of providing bands and horse-drawn carriages for wedding processions. With a severe downturn in the wedding market since the outbreak of the coronavirus pandemic, the 46-year-old says the past six months have been the “worst-phase” of his life.

“Only I and my god know how I managed to feed my wife and three daughters besides half a dozen horses since March despite being rendered jobless (by the pandemic),” Lal told PTI.

He said the “nightmare” of having no source of income was still not over as his business in unlikely to pick up with the government’s rules allowing a maximum of 50 people to be present for a wedding ceremony, even as every other sector has started working partially or fully after the easing of lockdown restrictions across the country. Sitting in a government-owned field for wedding band businesses at Bhagwati Nagar here along with his 75-year-old father Buwa Dutta and younger brother Sonu Kumar who have their own business in the same field, Lal said Rs 200 to Rs 250 is the daily maintenance cost of each horse to keep them in good health.

He said there are about 50 people directly or indirectly linked to his business and the government should take a compassionate view of their plight and announce a package for their survival. Another person who runs a wedding services business, Ahmad Ali (80), said it is not only coronavirus which has made their lives miserable but also the government’s decision to construct a road through the field where such business owners keep their horses and other possessions.

“The government is planning to take over this facility for construction of a road. We are not against it but it should provide us an alternate place where we can keep our horses and other things like baggis and lighting systems,” he said.

He said nobody from the administration has approached them for relocation so far even as work on the construction of the new road has already started.

Ali said wedding business owners used to wait for customers on the roadside at Canal road before they were shifted and provided this place many years ago.

“We live in different localities of Jammu and it is not possible for us to keep our animals with us,” Lal said.

He said all the savings, which he had made over the years to ensure a better future for his children, got used up for sustenance during the lockdown and he has also had to borrow money from his relatives and friends to feed his family. He said he also worked in the agricultural fields over the past six months for a living.

Lal said now he doesn’t even have the money to replace the polythene sheets, that cover his baggis, after the monsoon season.

“I added one more baggi in the beginning of this year at a cost of Rs 1.50 lakh with the hope of good earning during the marriage season. All my hopes were dashed with the outbreak of the disease. My last earning was on March 2,” he said, adding he was earlier satisfied with his job and earned around Rs 7,000 after every order for a marriage ceremony.

“We do not have insurance cover for our horses. In case of the death of a horse, we have to spend Rs 4,000 to dispose of its carcass,” he said, requesting the government to consider insurance cover for their horses on the lines of the shrine boards that are providing it for the horses carrying pilgrims to the cave shrines of Amarnath and Mata Vaishno Devi.