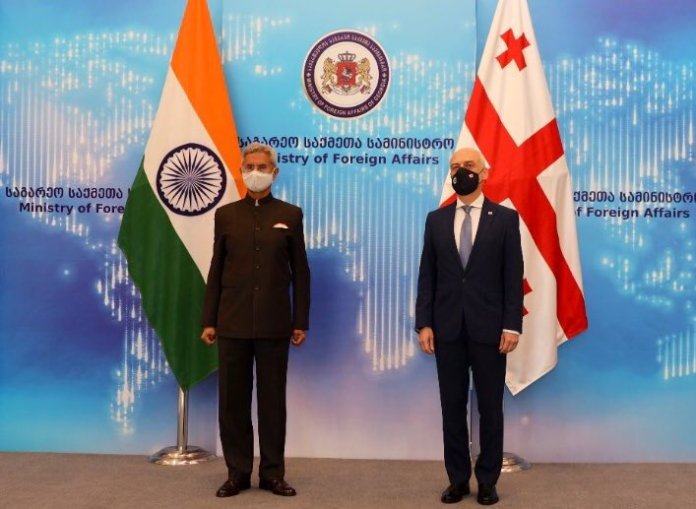 External Affairs Minister Dr. S Jaishankar on Saturday held talks with Vice Prime Minister and Foreign Minister of Georgia, David Zalkaliani. In a joint statement after the talks, Dr Jaishankar said the discussions covered trade and economic cooperation, tourism, connectivity, education and culture. He expressed satisfaction that there has been significant Indian investment in Georgia.

There are 8000 Indian students who study in Georgia. There are more than 50 thousand Indian tourists who visit the country. He said he was very impressed that some of India’s well-known movies have been shot in Georgia. The Minister said the full potential would only be realized if the two Governments make a very focused effort to do so.

He said they also discussed connectivity as it is a key to reliability and resilience in a globalised world. Dr. Jaishankar said there are big Indian investments in projects in Georgia including in the hydel sector, hydroelectricity sector, and the steel sector.