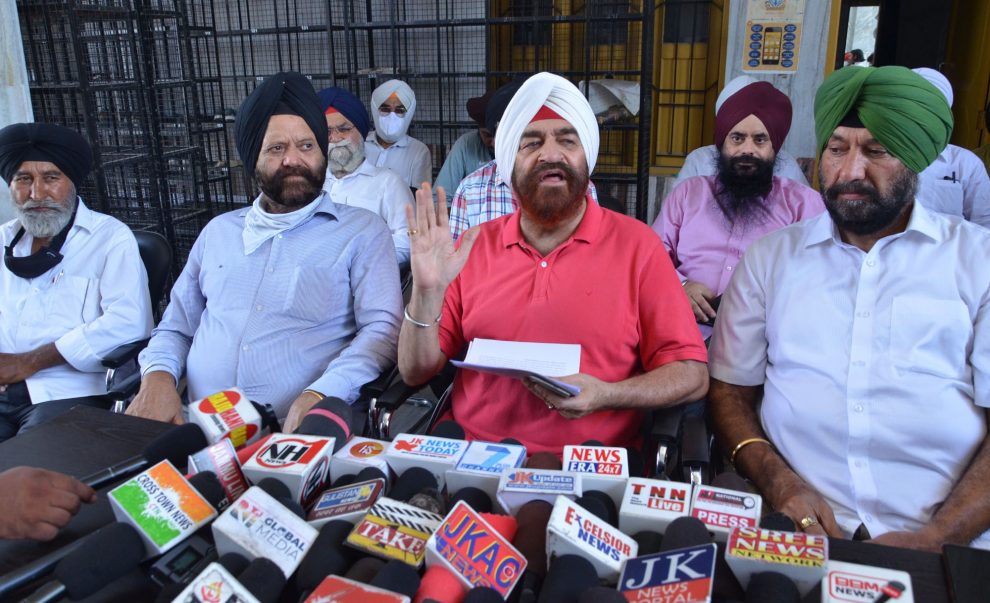 Jammu:  Union Home Minister Amit Shah on Monday assured action after Sikh groups in Jammu and Kashmir held protests, alleging that two young women were kidnapped, converted and married off to elderly men – charges that have been contested by authorities.

Members of the Sikh community in Kashmir have protested against the alleged forced marriage and conversion of an 18-year-old Sikh woman with disabilities with a man from a different religion in Srinagar.

While the police handed over the woman to her parents and arrested the man on charges of kidnapping on Sunday, the woman in a statement before the court has said that she married him out of her own free will.

But the Sikh groups say the police did not allow the parents of the woman to enter the court when her statement was recorded by the magistrate and her testimony was influenced.

According to the law, however, statements recorded before the magistrate in such cases cannot be taken in the presence of the family, police or any other party.

On Sunday, Akali Dal Leader Manjinder Singh Sirsa led a protest in Srinagar. He alleged that the 18-year-old Sikh women was kidnapped at gunpoint, forcibly converted, and wedded to elderly men of a different religion. There have been four such cases out of which two were reported from Jammu, he alleged.

The police, however, said they know of only one case so far. Police sources said they tried to find out the second case after allegations by Mr Sirsa but found that no such recent incident has happened in Kashmir.

Also, while the Sikh groups have alleged that the man arrested on charges of kidnapping is nearly 60, police sources said he is 29.

A delegation from the Sikh community met the Lieutenant Governor of Jammu and Kashmir over the issue. They have also sought time from Home Minister Amit Shah and have been promised an appointment.

Sirsa said, “Home Minister Amit Shah has assured us about the safety of minority Sikh girls in the valley and that the girls would be soon returned to their families. He has given time to meet the Sikh delegation soon to discuss their concerns.”

Former Jammu and Kashmir Chief Minister Omar Abdullah tweeted about the controversy: “Any move to drive a wedge between Sikhs & Muslims in Kashmir will cause irreparable harm to J&K… I hope the authorities will move quickly to investigate the recent cause of tension and if anyone has broken the law the case should be prosecuted and necessary punishment handed out.”