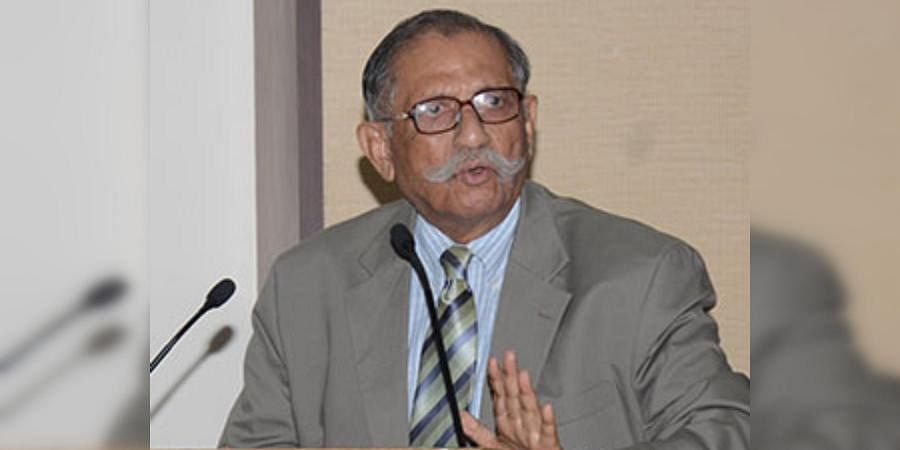 The Dispatch Staff
Add Comment
The retired General, who had commanded 16 corps in Kashmir at the height of militancy in that state in early 1990s, and became Army chief later in the same decade when Taliban last came to rule over Kabul, believes that Pakistan, re-enforced by the recent Taliban victory, will make a fresh bid on Kashmir using groups such as Jaish-e-Mohammed.

Kolkata: Former Army chief Gen Shankar Roychowdhury said the government needs to step up outreach in Kashmir and reassure people there that India will continue to be a secular democracy as the Taliban victory in Afghanistan is likely to see a renewed offensive by Pakistan-based militants.

The retired General, who had commanded 16 corps in Kashmir at the height of militancy in that state in early 1990s, and became Army chief later in the same decade when Taliban last came to rule over Kabul, believes that Pakistan, re-enforced by the recent Taliban victory, will make a fresh bid on Kashmir using groups such as Jaish-e-Mohammed.

He also said that India needs to reach out to both former Afghan government forces rallying around Ahmad Massoud, son of the late legendary anti-Taliban commander Ahmad Shah Massoud, in Panjshir Valley, as well as to factions within the Taliban which are friendlier to India.

We have to step up our outreach to Kashmiris, we also have to re-assure them that India will continue to be a secular democracy, General Roychowdhury who currently heads a strategic think tank Research Centre for Eastern and Northeastern Studies, told PTI in an interview.

The central government had scrapped Article 370 and turned Jammu & Kashmir and Ladakh into two separate union territories from being a single state, while placing most Kashmiri leaders under detention. Since then, Prime Minister Narendra Modi has tried to reach out and hold talks with Kashmir’s political leaders earlier this year.

We need to understand that the victory in Afghanistan is being seen (by terror groups) as a Pakistani victory and an Indian defeat . We have to organise ourselves for a renewed offensive by elements like the JeM, said Gen Roychowdhury, a veteran of the 1965 and 1971 wars besides counter-insurgency operations within the country.

We have to be prepared for Pakistani intentions (covert operations) supported by radical elements here, he added.

During the period Taliban rode to power in the mid-1990s, India steadfastly refused to do business with the regime which it saw as brutal proxy for Pakistan’s military. It continued to support the remnants of the Afghan government and later the Northern Alliance, aiding them with training and supplies.

The 1999 hijacking of Indian airlines’ jetliner to Kabul by four Pakistani terrorists, was made possible with the cooperation of the Taliban regime. India exchanged three top terrorists, who included Maulana Masood Azhar, founder of JeM, for passengers and crew of that aircraft.

A study by French think-tank Centre d’ analyse du terrorisme (Centre for Analysis of Terrorism) published last week warned of the renewed possibility of more operational coordination between Pakistan-supported groups like the Lashkar e Toiba and JeM (on the one hand) and the Taliban.

The former Army chief said, We should try and help the son of Ahmad Shah Masood (guerrilla leader nicknamed Lion of Panjshir). The non-Pashtun minorities such as Tajiks, Uzbeks and Hazaras have had good relations with us . Taliban too has many factions and it should not be difficult to reach out to them.

General Roychowdhury also said India’s role in Afghanistan needs to be to give training, relief materials and above all refuge to those who needed it. People of Afghanistan remain our friends and we must be willing to give them refuge, he said.

However, at the same time, there is need to beef up security and create fortress India to safeguard against any militant operations against India.

The former Army chief said talk of sending Indian troops to beef up US and allied troops in holding Afghanistan which had cropped up in the last two decades was unwise as we (Indian Army) had no means to reinforce or supply them except by air and that route was fraught with grave danger.

He also warned that while Prime Minister Modi and Bangladesh premier Sheikh Hasina were on good terms, opposition forces in Bangladesh which included the entire radical set-up would be re-invigorated by the Taliban victory and may not let this chance slip by.

There has been disquiet in India’s security community about the possibility of Jamaat-Ul-Mujahideen, Bangladesh drawing upon released Bangladeshi Taliban fighters and increasing their activities in that country and in bordering Indian states.

The retired general also said, We need to reach out to like-minded people in this sub-continent to oppose the spread of the ideology associated with the Taliban.