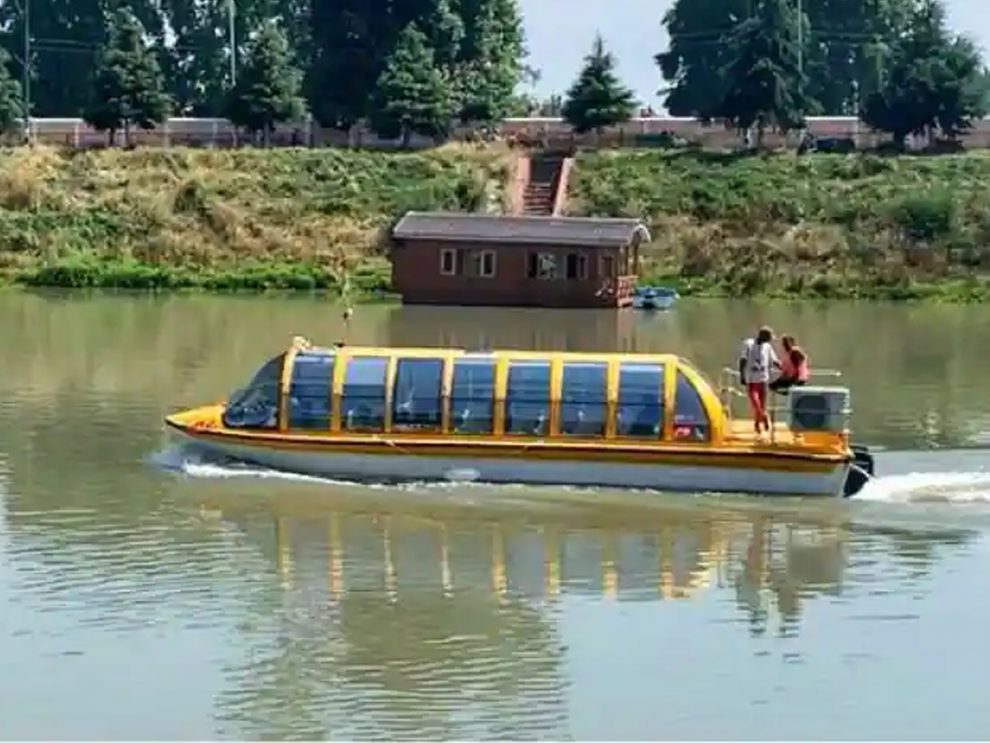 Jammu: Jammu and Kashmir’s water transport authority has brought the first imported luxury boat for cruise on the Jhelum river with an aim to revive water transport in Kashmir.

The 30-seater ”Bus Boat” is currently undergoing trial runs in Jhelum river between Lasjan in outskirts of Srinagar and Chattabal Weir, since July 10 this year.

Besides the ”Bus Boat”, Sukhnag Enterprises, a marine equipment supplier firm, has also commissioned a 10-12 seater luxury pontoon boat and a 14-seater rescue boat in the Jhelum river. The ”Bus Boat” and the rescue boat had been procured from New Zealand-based company named Mac while the luxury pontoon boat has been shipped from the United States, informed Imran Malik Director of Sukhnag Enterprises.

The purpose of this new developmental step is to revive decades-old water transport culture in Jhelum river which is one of the identity as well as heritage of Kashmir.

“It is an initiative by the government of Jammu and Kashmir for revival of water transport. This boat has been made keeping in the mind the current needs of the people. The boast has air conditioning, music system and television. This is an optimum solution to decongest roads,” Malik said.

After the Shikara ride of world-famous Dal Lake this imported unique ”Bus Boat” will also play a major role to attract tourists from different parts of the world.

Aqib Sultan, a local resident said that the new imported boat will serve as a new point of attraction for tourists in the valley.

“One major benefit is that this boat will attract tourists. They will be more excited to ride it and take a tour around the Dal lake and across the entire Jhelum river. They will be exploring all the best places. It will be sailing throughout the Jhelum area and the old city as well. I have seen it for the first time. The innovation is really at its best,” said Sultan.

Gautam Bossley, driver of the boat informed that it is a fibreglass boat.

“It is a glass fiber boat with all facilities. An added benefit is that a meeting like a conference of 10-12 people can be done inside the boat. This boat has a new look that will entice the tourists. It is a step towards enhancing water transport,” he said.