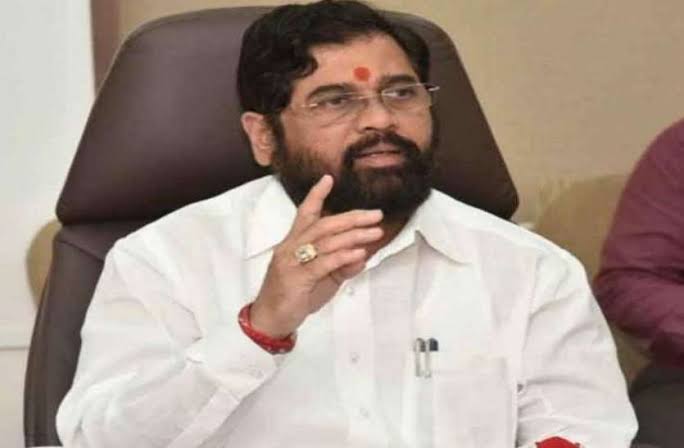 Following the footprints of his party leader Sanjay Raut, senior Shiv Sena leader and Home Minister Eknath Shinde on Sunday asked Congress leader Rahul Gandhi to respect Hindu ideologue Vinayak Damodar Savarkar.
Reacting to Gandhi’s ‘my name is not Rahul Savarkar’ remark, Shinde said that the Hindu ideologue made sacrifices for the country and needed to be respected by everyone. “Everybody knows the sacrifice Savarkar made for the country. Nobody can deny what he did for the country. Everyone should respect him,” Shinde told reporters when his views were sought on Gandhi’s comment.
Addressing a mega rally on Saturday, Gandhi, a former Congress president, said he would not apologize for his “rape in India” remark as his name is not Rahul Savarkar.
“I was asked by the BJP in Parliament yesterday to apologize for a comment for a speech. I was asked to apologize for something which is right. My name is not Rahul Savarkar. My name is Rahul Gandhi. I will never apologize for truth,” Gandhi said.
Shiv Sena is in power with Congress and Nationalist Congress Party in Maharashtra.
Reacting to Gandhi’s statement, Sena MP Sanjay Raut had called Savarkar as a “God-like figure” and asserted that the party will not compromise with its stand on the ideologue.
Opposition leader Devendra Fadnavis, however, said that the Shiv Sena’s is taking a soft stand on Gandhi’s comment on Savarkar due greed for power.
“Everyone has condemned Rahul Gandhi’s statement. He knows nothing about Savarkar’s sacrifice. Obviously, he should apologise. Shiv Sena, which was in love with Savarkar some weeks back, is taking a soft stand on him due to greed for power,” he said.