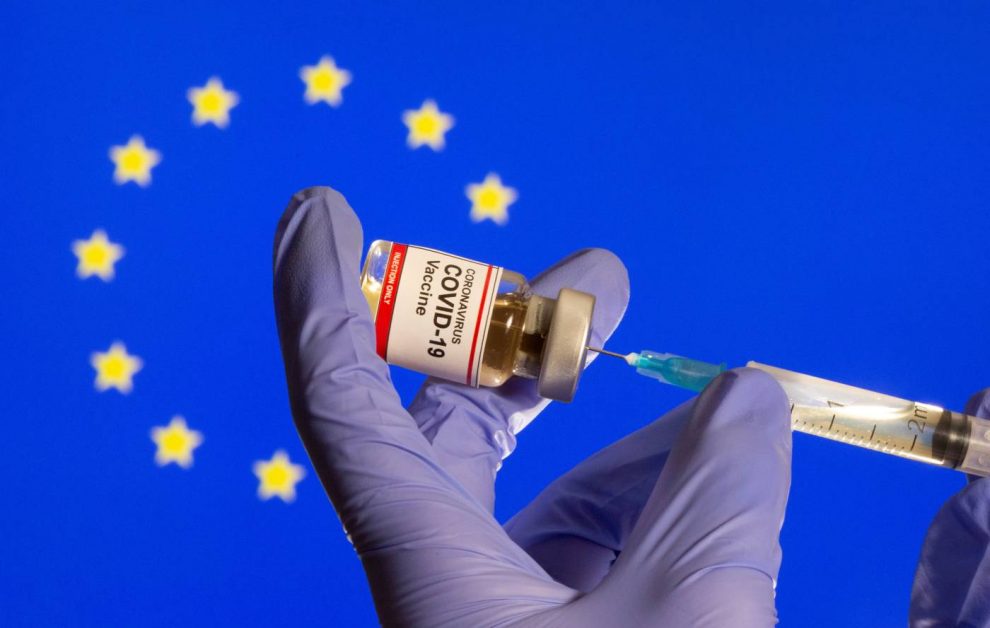 BRUSSELS: The European Union could donate 5% of the COVID-19 vaccines it has secured to poorer nations, an internal document seen by Reuters shows, in a move that risks undercutting a distribution scheme co-led by the World Health Organization.

The plan, drafted by the French government, sets for the first time a clear target for EU vaccine donations which so far had only been considered as an option if the bloc ended up with surplus doses.

The move could however deal a blow to the global procurement scheme co-led by the WHO, known as COVAX, which has the goal of delivering 2 billion shots by the end of next year to at least 20% of people most in need anywhere in the world.

Under the French plan, which still needs to be agreed among the 27 EU states, up to 65 million doses of COVID-19 vaccines could eventually be donated by the EU to poor nations.

That would be the 5% of 1.3 billion doses the EU has so far secured under six advance purchase agreements sealed with Pfizer/BioNTech, Moderna, Johnson & Johnson, AstraZeneca/Oxford, Sanofi/GSK and CureVac, the document shows.

COVAX could be used to help identify countries most in need, the French paper says.

But to cut costs, vaccines should be delivered directly from vaccine makers, who have a supply deal with the EU, to people most in need in poor nations, the paper says. Shots would be labelled as “Team Europe” donations, the document says.

“Donating vaccines from our EU portfolio to reach these priority groups appears to be, in the short term, the most efficient way of achieving the ambition of making the vaccine a Public Good,” the document says.

The document estimates that the donated doses could be used to inoculate, usually with a double jab, 16 million healthcare workers in 62 poor countries. Doctors and nurses in another 54 low-income nations could also benefit from the donations, it says.

COVAX has so far struggled to order vaccines, as most shots have been booked by wealthy nations, including EU countries who despite funding the WHO facility prefer not buying shots through it because they don’t want to have their supplies limited to 20% of their population, EU officials told Reuters.

“The COVAX Facility represents the most efficient way for surplus doses to be shared on a global, equitable basis and we are in talks with donors, including the EU, around the specificities of how such donations can work,” said a spokeswoman for GAVI, a vaccine alliance which co-leads COVAX and speaks on its behalf.

The European Commission, which coordinates the work of EU states on COVID-19 vaccines, and the French government declined to comment.

A firm commitment on donations is expected to reduce the gap between rich and poor nations in the global race to COVID-19 vaccines, but crucially it remains unclear when doses would begin to be shared.

The EU, with a population of 450 million, is expected to receive in the coming months no more than 280 million doses of the Pfizer/BioNTech and Moderna vaccines, after approvals by Europe’s drug regulator.

It is unlikely that EU countries donate their share of these initial limited supplies.

The paper suggests the 5% could initially apply to 100 million doses of optional, additional Pfizer vaccines, “without any guarantee though on the timing of these deliveries,” it says.

Other vaccines are still being trialled and may not be available before the spring or later.

The approach has drawn criticism from people working for the WHO scheme, who are expected to discuss the French document at a meeting on Monday.

“The more governments become active outside the (COVAX)facility, the more the international community as a whole starts to lean towards compromising the basic principles of equitable allocation,” said one official working with the WHO-led scheme, who asked for anonymity because discussions are not public.