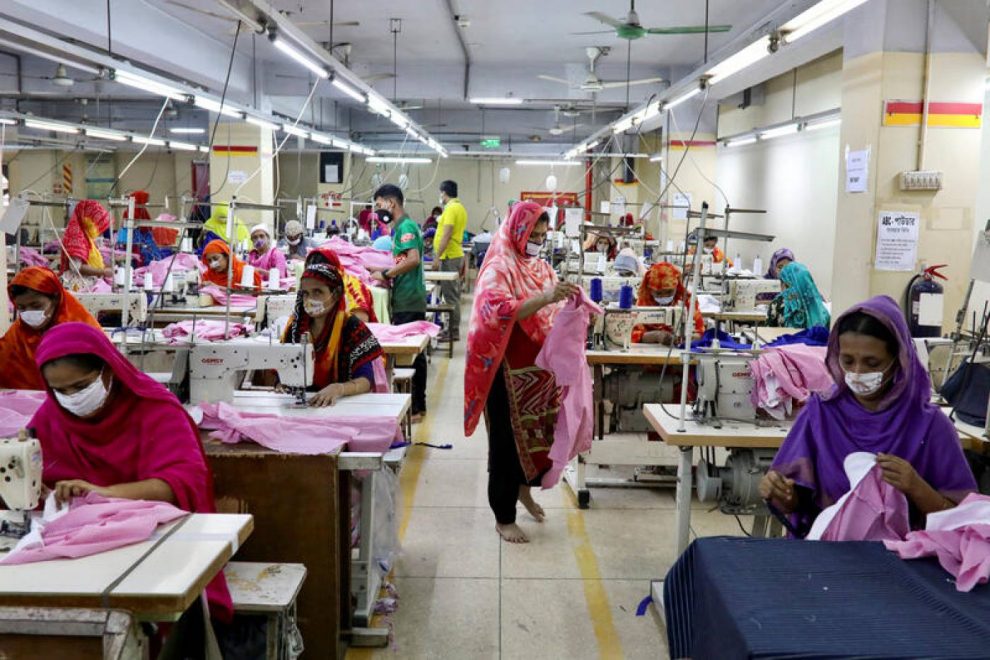 DHAKA: EU countries will contribute more than 100 million euros to a Bangladeshi welfare programme to aid thousands of garment workers hit by job losses and pay cuts during the coronavirus pandemic, officials said on Thursday.

The EU is the biggest market for clothing made in Bangladesh, which saw billions of dollars in orders cancelled or put on hold as fashion brands shuttered stores earlier this year – taking a heavy toll on garment factory employees.

Under Bangladesh’s new social protection programme, workers in the garment, leather and footwear industries will initially be given monthly cash aid of 3,000 taka ($35.30) for three months, an EU statement said.

Germany and the EU – which provided emergency aid to garment workers in Myanmar earlier this year – together pledged 113 million euros to the Bangladeshi scheme.

“By providing income support to workers in key export sectors who lost their job, (the) programme for unemployed and distressed workers responds to an immediate need to protect livelihoods,” said Bangladesh’s EU Ambassador Rensje Teerink.

Cancelled clothing orders have caused wage losses of up to $5.8 billion among garment workers worldwide, according to pressure group Clean Clothes Campaign.

Bangladesh – the world’s No. 2 clothing exporter – has recovered some orders in recent months, but factory bosses have said the second wave of COVID-19 infections in many key markets is slowing orders and leading some brands to defer payments.

About four million people work in Bangladesh’s garment industry, most of them women, and the sector is a motor of the national economy.

The country’s largest trade body for garment owners in August said at least 70,000 garment workers had lost their jobs, but unions think the true figure is likely far higher.

The total number of potential beneficiaries is not yet known because the Bangladeshi government has not received a list of affected workers from trade bodies.

A government official said the social protection programme would likely be maintained when the EU funding runs out.

“This financial support is the first phase of the social safety programme. We have plans to continue this programme with other development partners and our own funding,” said Mizanur Rahman from the Department of Labour.

Union leaders criticized the government, however, for billing the programme as part of a social safety net, calling for long-term state policies to protect workers.

“What’s going to happen when you don’t have any donors? We need a proper system to support workers,” said activist Kalpona Akter, welcoming the EU funding but urging the programme to prioritise workers at small factories.