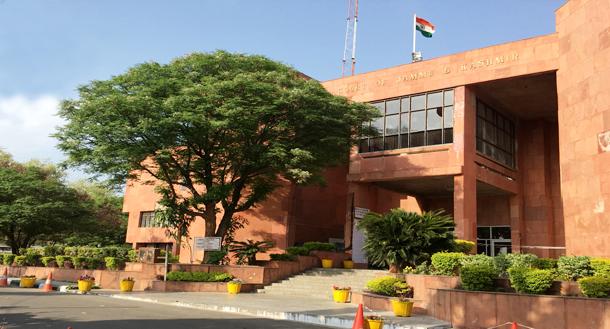 JAMMU: The Special Director General of Crime Branch has constituted a committee headed by IPS officer Sudhanshu Verma to carry out further investigation in the much-publicised ETT scam.

The Special Judge Anticorruption Court Jammu, Tahir Khurshid Raina on January 11 had directed the Crime Branch to investigate the roles of successive ministers of education after the year 2000, including Secretaries education & Chairmans Board of School Education, J&K.

The court had passed strictures against the Investigation Officer of the case and the then SSP crime who was acting as SHO police station crime branch Jammu under whose supervision this ‘sham and shoddy’ investigation was conducted.

In compliance with the directions of Special Judge Anticorruption Jammu, the SIT was constituted.

The court had directed the special DG crime, J&K to constitute a SIT to be headed by an IPS officer for conducting further investigation in the case to be completed within 2 months and asked the SIT to submit status report of the investigation fortnightly before the court.

This scam became subject matter of investigation on the communication of the then Chairman JKBOSE in 2013, which resulted into registration of two FIRs and investigation was ensued.

It’s important to mention that before the communication of the Chairman BOSE, the matter has already landed in the High Court at Srinagar through a PIL numbered 201/2011  filed by Parents Coordination Committee, wherein catena of directions were passed to the government , JKBOSE and the investigating agency about the subject matter to ensure fair investigation in the case of high public importance. The PIL was finally disposed of in 2019 when it was conveyed to the High court that the charge sheets were filed by the crime branch in the Anticorruption courts at Srinagar and Jammu and a new government order is issued relating to ETT institutes.

“Even the directions of the High Court at Srinagar, passed in the PIL relating to investigation of this case, have been violated with impunity by the crime branch,” observed the Judge.

The main chargeshheet was filed in Special Anticorruption court, Jammu in 2015 against Bashir Ahmed Dar, the then Director Academics, JKBOSE in the year 2002-04 and five other accused who were the beneficiaries called promoters/owners of the ETT institutes. This chargesheet mostly related to the alleged scam based on admission – session 2003 to 2005. Simultaneously Crime branch Jammu filed few more supplementary charge sheets based on academic sessions 2005- 07, 2007-09 etc. All the said chargeshheets are pending disposal since 2015 in the said court.

The court after hearing preliminary arguments in the case, deferred framing of the charge in the case and observed that for doing substantial justice in the case, further investigation in the case is inevitable.