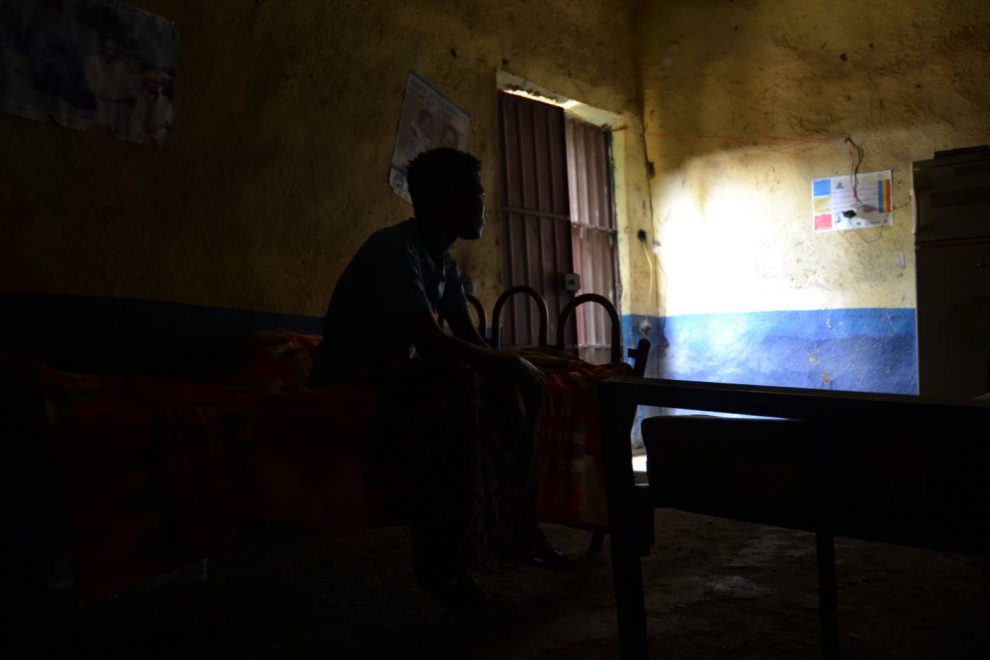 GONDAR/METEMA, Ethiopia: When Selam fled her village aged 11 to avoid being wed to a much older man in northern Ethiopia, she was relieved and excited to forge a future on her own terms. But that hope was short-lived.

Selam has spent the past three years in the sex trade in the northern city of Gondar, where officials and campaigners estimate hundreds of girls are victims of sexual exploitation and fear numbers are rising due to the coronavirus pandemic.

Having dropped out of school at 11 and unable to afford to return home, Selam said she saw no way out of prostitution, which is permitted in Ethiopia and widespread across the nation.

“The job is nasty but what would I be eating if I stopped?” the 14-year-old – whose name has been changed to protect her identity – told the Thomson Reuters Foundation while relaxing at the home of one of her neighbours, who is an adult sex worker.

“I just want to get out … but I have nothing else to do.”

Interviews with a dozen sex workers – five of whom were underage – social workers, activists and officials in the Amhara region found efforts to stop child sexual exploitation were falling short or had been interrupted by the impact of COVID-19.

Outreach efforts and police raids to find children trapped in the sex trade stopped in April in some parts of Amhara as authorities focused on enforcing a COVID-19 state of emergency.

The ensuing rise in sexual exploitation of children has led to calls for more federal government funds from local officials.

Kibri Hailu Abay, director of child rights at the Ministry of Women, Children and Youth, said the government was helping regional authorities to seek funding from local communities, the private sector and civil society to support vulnerable children.

“There are a lot of promising programs to address child protection issues,” he said, outlining a 10-year plan that involves hiring an army of social workers, setting up hotlines to report abuse, and creating a national sex offenders register.

“The plan is to eradicate … crimes against children.”

“PEOPLE SEE US AS TRASH”

Campaigners said some girls were pushed by rural families to find jobs in cities where sex work was often the only viable source of income. Others said it was a way to pay smugglers to take them to Saudi Arabia or Europe in search of a better life.

“It is their only means of survival,” said Getachew Fentahun, head of a clinic in Gondar run by the Family Guidance Association of Ethiopia, which provides sexual and reproductive health services to poor and marginalized communities.

Getachew said many girls who had been working as waitresses or maids were laid off after COVID-19 struck, and had turned to sex work instead of heading home to their villages empty-handed.

The pandemic has pushed more families globally into poverty, and children in poorer communities are at much greater risk of child labour and early marriage, the United Nations has said.

The World Bank has warned that COVID-19 may push up to150 million people into extreme poverty by the end of 2021, wiping out more than three years of progress in poverty reduction.

In Gondar and nearby Metema – a town which borders Sudan – activists and authorities feared underage prostitution was going under the radar and tough to stop as many girls lied about their age, were afraid to seek help, and lacked trust in officials.

Almaz Lakew, a police commander in Gondar, said girls in the sex trade tended to hide or run away from the authorities to avoid being sent home to their families with nothing.

“This is very challenging to our efforts to help them,” said Almaz, who leads a department focusing on women and children.

At night in Gondar, a mostly Christian city, many sex workers can be found working in bars or restaurants – ostensibly as waitresses – with the owners taking a cut of their earnings.

But most wait outside or stand on street corners hoping for clients who pay as little as 100 birr ($2.60) for sex. Women and girls who are not approached often resort to sleeping rough.

Some of them sport short skirts, others cover their head with a scarf commonly worn by Ethiopians attending church.

Several sex workers – including underage girls – said they felt abandoned by their community and neglected by officials.

“(People) see us as trash,” said Mekdes, 19, who did not use her full name. “Some understand we face challenges in life and are forced to do the job. Others think we are good for nothing.”

While prostitution is permitted, having sex with a girl under the age of 18 is a crime punishable by up to 15 years in jail, with tougher sentences possible if the girl is under 13.

But Aschalew Abraham, coordinator at the attorney general’s office in Gondar, said such cases were rarely brought to justice as girls were afraid of police and losing income, or, in some situations, dropped charges in return for money from the client.

Several sex workers said reporting abuse or violence was a waste of time as authorities tended to trust the buyers.

In Metema, the trade is propped up by truck drivers, farm workers and Sudanese men crossing the border to drink and party.

More than 1,000 women work in prostitution in Metema – about 15% of whom are underage – according to the town administration’s labour and social affairs team leader, Netsanet Kindu, who is also in charge of women’s and children’s issues.

Some sex workers said the job was a short-term solution in order to make enough money to pay smugglers to send them abroad.

Every year, tens of thousands of Ethiopians are estimated to migrate – across Africa, to the Gulf and Europe – in search of better-paid work. Many end up sex trafficked or falling victim of forced labour – be it as maids or trapped on building sites.

“They consider the law enforcers as their enemies and the brokers as friends who are helping them,” Getahun said. “They think the police and judiciary will prevent them from reaching their target – all they want is to go out of this country.”

Officials in the region said they had tried to stop underage prostitution before the pandemic struck by informing bar and restaurant owners that it was illegal to hire children to work.

One bar owner said she felt like a mother to her eight staff – some of whom are underage – and that she had protected them.

“I know it is illegal but … it is not as if the girls or me had a better option,” said the 41-year-old, who spoke on condition of anonymity. She said she took a cut of 30 birr (80 cents) whenever one of the women or girls secured a client.

Ethiopia has at least 99,675 confirmed COVID-19 cases – with about 1,520 deaths – the latest health ministry data shows.

Social workers in Metema and Gondar said they tried to refer girls in the sex trade for counselling, family planning and HIV testing – which are provided by NGOs – but that fear, shame and a lack of awareness stopped many girls accessing such services.

Researchers and campaigners fear that school closures, job losses and economic slowdown caused by coronavirus could drive more children nationwide to swap the countryside for cities, where they are more at risk of labour or sexual exploitation.

A World Bank survey in June of 3,250 Ethiopian households found that 13% of people had lost their jobs since COVID-19 and at least half had seen their incomes drop or disappear entirely.

Netsanet said more women and girls in the sex trade had sought help in recent months but her office had limited budget to support vulnerable communities, from sex workers to street children, and called on the federal government for more funding.

Kibri of the ministry for women and children said the federal government’s support involved “strengthening the system” rather than providing more money to local governments, and cited the proposed 10-year plan to protect children from exploitation.

Yet it may prove too little too late for 16-year-old Tsion.

Despite one failed migration attempt – Tsion recalled seeing corpses en route to Libya – the teenager considered the sex trade as the only way to realise her dream of making it abroad.

“The decision to get into (the sex trade) shows I have already given up on life,” said Tsion, whose name was changed to protect her identity, sitting in the backyard of the bar near Metema where she works. “There is no bright future in Ethiopia.”