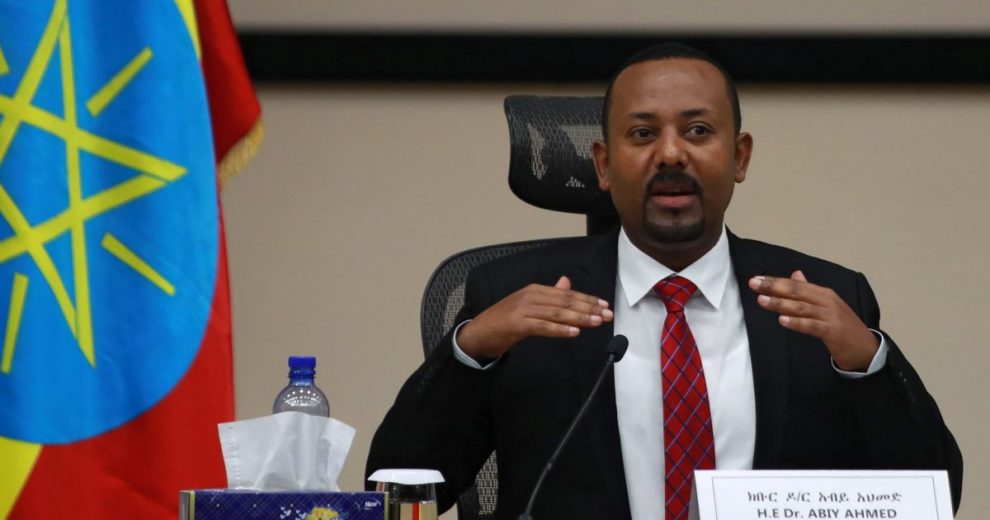 In 2020, tensions between Ethiopia and its northern region, Tigray, spiralled to a large-scale conflict after Ethiopian Prime Minister Abiy Ahmed postponed the general elections, scheduled for August, to 2021 citing the COVID-19 pandemic.

Conflict in 2020
In September, Tigray, one of Ethiopia’s 10 semi-autonomous regions, defied Ahmed’s orders and conducted its regional elections. The region, led by the Tigray People’s Liberation Front (TPLF), claimed that Ahmed’s mandate expired in August and refused to recognize his government. In retaliation, the Ethiopian Parliament’s upper house insisted that Tigray’s budgetary allocation be transferred to the region’s administrative units thereby bypassing the TPLF government; on 4 November, following the TPLF’s alleged attacks on Ethiopian military bases, Ahmed launched a military offensive into Tigray. He declared a six-month emergency and enforced a communications blackout on Tigray.

However, the conflict officially lasted for three weeks only. On 28 November, Ahmed declared the end of the military operations against Tigray and claimed to have captured the region’s capital, Mekelle. Ahmed declared the Ethiopian victory after TPLF leaders defied two surrender ultimatums issued by the PM.

Who are the TPLF?
The TPLF, an erstwhile guerrilla force, was responsible for toppling Ethiopia’s communist regime in 1991. Following this victory, the TPLF and other ethnic groups, formed the governing coalition, the Ethiopian People’s Revolutionary Democratic Front (EPRDF). Despite representing only six per cent of the Ethiopian population, Tigrayans continued to dominate its political landscape until 2018. In 2018, Ahmed, an Oromo by ethnicity, came to power following anti-government protests targeting the dominant TPLF. The Oromos were a part of the coalition led by TPLF.

Under the TPLF’s governance, other ethnic groups were sidelined, leading to resentment among the Ethiopians.

Issues in background
The faultlines within the ethnic federal structure
The above agitation has its roots in the ethnic federal system that had been promulgated by the TPLF. In this system, each region in Ethiopia was divided based on ethnicity. Naturally, ethnic groups with smaller populations had a smaller geographical region. These groups also had inadequate representation at the federal level.

Ironically, the Oromo and the Amhara ethnic groups, who constitute larger shares of the Ethiopian population were also sidelined under the TPLF rule. After Ahmed rose to power, he revamped the governance structure. Ahmed, who followed a nationalist approach, decided to unite all ethnic parties under the Prosperity Party’s banner; the TPLF refused to join the same. Ahmed’s nationalism was perceived as a threat to ethnic identities. Under Ahmed’s government, the TPLF now found itself at the political periphery. Several TPLF leaders were jailed or sacked from government offices.

However, the faultlines do not exist only at the federal-regional front; within each region, minority groups have accused the regional government of marginalizing them. Some minority groups within the 10 regions have been demanding separate statehood. There are fears that if Tigray manages to break away from Ethiopia, other regions might follow suit, thereby resulting in Ethiopia’s breakup.

Ahmed and the short-lived glimmer of hope
Ahmed’s attempts to restructure Ethiopian governance was widely appreciated by countries in the region and elsewhere. Further, Ahmed was also known for having mended ties with neighbouring Eritrea, which borders Tigray. Eritrea and Ethiopia, under the TPLF, rule were engaged in a long-term conflict that lasted at least 20 years. Further, he also passed several laws benefiting the migrant population in Ethiopia. Ahmed was the new face of reform.

However, the glory was short-lived. Ethnic tensions between different ethnic groups continued to exist and rise. In June, a popular Oromo singer’s assassination led to widespread riots, resulting in more than 200 deaths. Ahmed responded with force to curb the violence; he imposed media restrictions and jailed political leaders and civil society workers. Similar instances of violence have been recorded under Ahmed’s governance. Therefore, once seen as a reformist, Ahmed had started transitioning into an authoritarian.

The cost of the current escalation
Given Ahmed’s approach to domestic issues, Tigray’s current escalation does not come as a surprise. Perhaps, Ahmed introduced several governance reforms too soon putting the TPLF at a political loss. However, apart from settling scores with the TPLF, Ethiopia’s conflict with Tigray has resulted in a humanitarian crisis.

Currently, more than 50,000 Ethiopians have fled to Sudan. This adds to the burden on the transitional government in Sudan, which is currently addressing the anti-government sentiment among the Sudanese. Further, Sudan had not expected the current rate of the refugee influx. Initially, Sudan staggered to manage incoming refugees.

Within Ethiopia, the question of internally displaced persons lingers. Ethnic conflicts within Ethiopia has left 1.8 million people internally displaced. These persons are at risk of secondary displacement. Amid the current conflict, simultaneous ethnic conflicts put several at risk. For example, the Ethiopian Human Rights Commission has reported two incidents of massacre since the conflict escalated. In one instance, an informal group in Tigray massacred the people belonging to the Amhara and Wolkait ethnic groups in the Mai Kadra region amid the conflict in the region. At least 600 civilians were reported dead. Similarly, in western Ethiopia, at least 100 civilians were killed in an ethnic clash in the Benishangul-Gumuz region. Benishangul-Gumuz, home to the Gumuz ethnic group and several other ethnic communities, has witnessed at least four deadly attacks since September.

Amid the above conflict quagmire, aid agencies in Ethiopia have reiterated the need for unhindered access to transportation and communication to ensure the supply of essentials to the affected. However, in several instances, aid has been restricted. Notably, the Eritrean refugees who live in Tigray, have been at the risk of diminishing aid resources. A week after Ahmed declared the end of his military offensive, the UN workers said that Tigray supplies were enough to last only a week. Despite having signed an agreement with the UN to provide unhindered support, the Ethiopian government has failed to safeguard this humanitarian effort.

Perspectives in 2021
Ethiopia, located in the Horn of Africa, had been a relatively stable country. This region’s strategic location has facilitated the establishment of several military bases, especially in Djibouti, Ethiopia’s neighbour. Any spillover of the Ethiopian conflict will draw external intervention.

On the regional front, Sudan and Ethiopia are simultaneously engaged in a border dispute. For instance, in December, Sudanese forces were ambushed by Ethiopian troops along the border, leaving four dead and more than 20 wounded. Further, Sudan and Ethiopia are also parties to the Grand Ethiopian Renaissance Dam project over the Blue Nile. Over the years, talks between Sudan, Ethiopia and Egypt have not gone beyond a stalemate. Egypt, which is concerned the Dam would restrict its water resources has been apprehensive about Ethiopia. It has maintained cordial relations with Sudan for the same. Therefore, it is likely that the effects of the Tigray conflict will become a bargaining issue for Sudan in the Dam talks.

Further, Ahmed’s growing closeness with Eritrea may come undone as Ethiopia has not surrendered territory within the Tigray region, to which Eritrea also has claims; the TPLF has refused to do so. This could reignite the conflict between the TPLF and Eritrea. Though there are reports that the TPLF has retreated to start a guerrilla resistance, there have been no reports of clashes since 28 November. If the TPLF resurges in 2021, it is likely to lead to internal and regional catastrophe.

Project Assistant at the School of Conflict and Security Studies at the National Institute of Advanced Studies. Her areas of interest include peace and conflict in South Asia and Africa, climate change and human-wildlife conflict. As part of the Pakistan Reader Initiative, she also regularly studies Pakistan's domestic politics, radicalization and group identities.

Europe: From anti-government protests in Belarus to ‘United for Abortion’ in Poland
India and China: A tense border with compromise unlikely
Comment