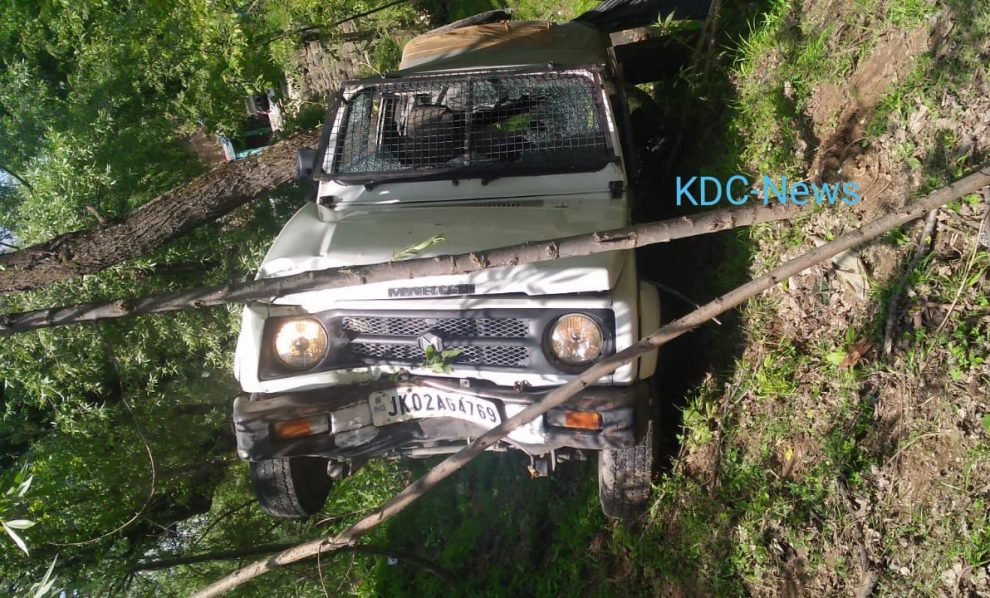 Official sources said that an escort vehicle bearing registration number JK02AG-4769 of PDF chairman Hakeem Mohammad Yaseen rolled down in an orchard near Degree College Khansahab in which two security personnel of his escort team were injured. Both the injured personnel were rushed to a nearby hospital for treatment and are said to be out of danger.

In the aftermath of the mishap, Police also went to the spot and took cognizance of the incident. (KDC)