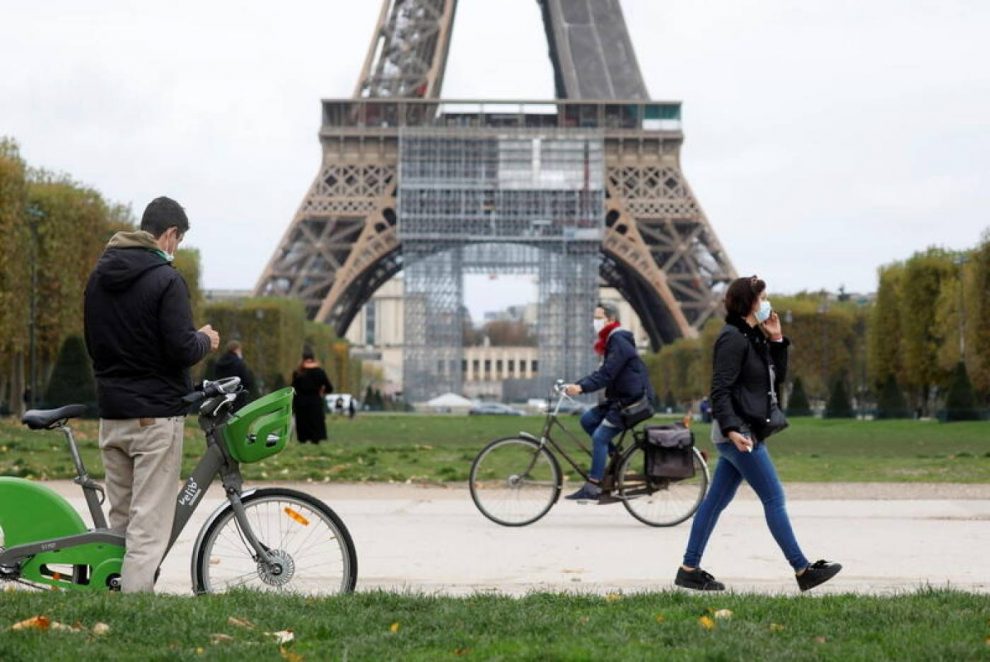 LONDON: More than 40% of people in large European cities have considered moving away due to the new coronavirus pandemic, a survey showed on Thursday, with Londoners most prone to dreaming of living in a smaller town with better access to parks and other amenities.

Half of urban dwellers in London, Paris, Milan, Madrid and Berlin said lockdowns had made them more concerned about overcrowding and air pollution, according to the poll by British engineering firm Arup.

“The pandemic has brought home the way in which our living environments can be disrupted,” said Arup’s urban design leader Malcolm Smith, adding people have re-evaluated the importance of living near essential services like shops and green spaces.

Two-fifths of respondents in the British capital said they had temporarily left for a less populated area during the pandemic, compared to only about one in ten in Madrid and Milan.

This is because Londoners have to travel longer distances than their continental counterparts to reach services such as green areas, grocery shops, gyms and cafes, found the poll, based on interviews with some 5,000 people in five cities.

“During lockdown, we felt quite isolated in our residential area, with amenities really far away,” said Bryndis Sadler, 27, who left west London’s Acton suburb to buy a home about 40 miles (64 km) north in Hitchin, Hertfordshire, in October.

Londoners were the most prone to dream about an escaping the city, with 59% saying they had considered leaving, against 41% of Parisians and 30% of Berliners.

COVID-19 highlighted the importance of living within walking or cycling distance of a green area, 85% of respondents said.

It took Londoners an average of 20 minutes to get to a park or play area, almost twice that of residents of the other four cities, the poll found.

“One of the overwhelming advantages of city living is proximity,” said Harriet Tregoning, director of the New Urban Mobility alliance, a network of cities, companies and advocacy groups promoting “liveable cities”.

“The idea of the 15-minute city is resonant particularly during COVID-19, when more people are at home and looking to shop, travel, and recreate as locally as possible.”

Yet, given London’s many attractions, from history to culture and business, it was too early to talk of a flight from the city, said Philipp Rode, who runs LSE Cities, a research centre at the London School of Economics.

“This data speaks for, maybe less a decline, a potential decline of population, but just a higher churn rate, a changing rate of the existing population,” he said.

Still, the pandemic has underscored the importance of developing cities in smaller, more liveable modules that could withstand future disruptions, whether brought by viruses or climate change, said Smith. “In the 19th century the response to cholera in London brought big infrastructure, the sewer network,” he said.

“I hope COVID-19 will lead to lots of smaller scale but widespread interventions – bringing green spaces to grey places, the prioritisation of cycling and walking and the revaluing of local amenities.”

‘In the DNA’: How social entrepreneurs are getting creative in pandemic
Under-investment threatens to delay clean energy for poor ‘by decades’
Comment