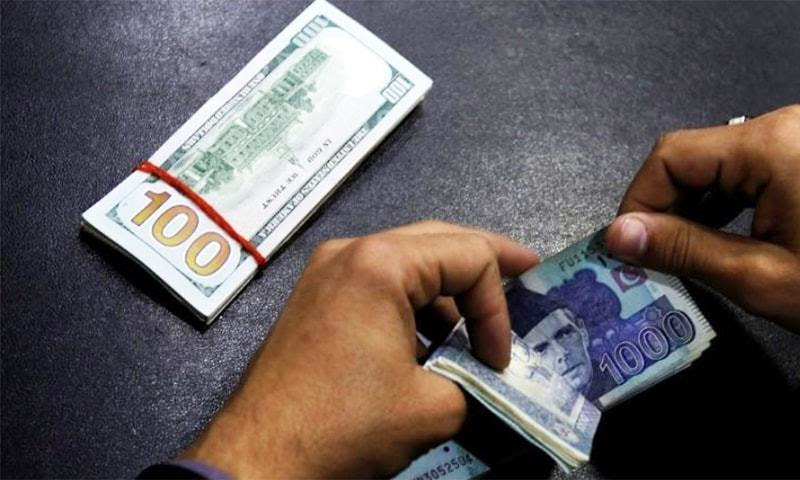 Ankit Singh
Add Comment
The persistent inflation will definitely further erode the value of the domestic currency; however, it will create a scope for intensifying the export-based production and may lay the floor plan for increasing the productivity and competitiveness of Pakistan as imports become unaffordable.

On 23 May, the Monetary Policy Committee (MPC) of the State Bank of Pakistan (SBP) announced an increase in the key policy rate by 150 basis points to 13.75 per cent aimed at containing the rising inflation and mitigating the risks to external stability. This is the second consecutive time, MPC has raised the key policy rate, marking the net increase in the policy rate by 400 basis points in less than two months. The outcome expected is that lending domestic currency will become expensive and the economy will cool down the scarcity of dollars in the country could be dealt with and eroding the value of the Pakistani rupee (PKR) can be stopped, if not improved. PKR was pegged at around 116 in January 2018 and has increased by almost 72 per cent in just four years. What explains this gradual erosion of PKR against USD in a relatively shorter time? What will be the impacts of such devaluation with regard to macroeconomics in Pakistan?

Causes behind the persistent erosion of PKR
Pakistan is a consumptions-based economy, it imports essential commodities for the manufacturing industry like plastic, machinery, steel, chemicals and even farm products.

First, post-pandemic recovery. People were more affine to consume due to the savings bubble developed during the pandemic and fiscal deficit reaching as high as nine per cent of the GDP. The trade deficit widened by 68 per cent, and imports skyrocket to USD 72 billion from 55 billion during the pandemic year. While the domestic currency, PKR was relatively less attractive and demand for PKR declined further in investing and guaranteeing for consumption and financing.

Second, the extended fund facility signed with IMF in which the government committed to making SBP sovereign and making the exchange rate partially free. Henceforth, USD-PKR parity inclined to the perception of the market participants in the nation. The growth stimulus lacking in the country due to constrained fiscal space and circular debt financing limits the scope of new entrants to the economy. Hence, lack of scope in increasing the marginal efficiency of capital in the country gave more space to dollar-denominated investments and the PKR slope of decreasing has become steeper. Basically, a ground report from the formal market-led growth indicates that PKR is not attractive enough anymore, if left to stakeholders in the market, looking for returns daily. The political crises on top of all of this have further reduced the confidence of the market in terms of reliability and accountability. However, Pakistan has another economy, which is more directly linked to the growth patterns in the country, the informal economy.

Third, the informal economy in Pakistan and its contribution to PKR erosion against USD. As per the collectorate of customs in Pakistan, since the takeover by the Taliban in Afghanistan, USD two million were smuggled daily to Afghanistan from Pakistan due to embargoes placed upon the new government by the US. The dollar which could have ended in the stock market found a more profitable opportunity and hence massive dollar flight took place from Pakistan after the regime change and further weakened the PKR.

Consequences of the persistent erosion of PKR
The direct impacts are lower productivity, expensive imports, inflation and reduced purchasing power. Is Pakistan poised for stagnant growth again? Will this help the country move from an intensive consumption basis to a savings basis? There is a decision paralysis which hunts the leadership and common masses, who on the one hand were content with informal and lucrative credit networks. At the same time, equally, there is a desperate need for social and economic betterment.

Considering the rate of 200 as the new normal, the nation is gearing for compatible new monetary realities, be it expensive government liabilities or expensive debt servicing. The inflation is going to linger on as subsidies are going to continue, one way or other and there is going to be a nudge to change the economic behaviour of the classes in Pakistan. There will be a larger tendency to save to afford expensive products and services in the economy. The rebasing of the economy to the year 2016 also confirms to Pakistan adjusting to the decadal reality of globalization, whereby the sources of financing the deficits are changing from west backed lenders to regional financing mechanisms.

The persistent inflation will definitely further erode the value of the domestic currency; however, it will create a scope for intensifying the export-based production and may lay the floor plan for increasing the productivity and competitiveness of Pakistan as imports become unaffordable.

It will be an impetus for diversification of manufacturing and services conveniently imported in current times. The self-reliance on basic and critical needs from within might seem painful in the short run but for the nation to become the next South Korea of South Asia, a monetary contraction had to be a pass-through. The nation might need to face this if it wants to retain its political leverage and economic competitiveness in the conundrum of world order transition. Definitely, for Pakistan, China could be an import destination with a saved cost on transportation but exporting to manufacturing intensive China faces a lot of hurdles due to better capital efficiency in China.

This mandates for any exporting country like Pakistan to increase its marginal efficiency of capital to find a space in the import profile of China. However, there are risks of not performing up to the tasks and the situation might deteriorate further. Pakistan is not facing an economic crisis at the moment, rather it is facing a decision paralysis in the intricate network of elites who have to take on the lead to accommodate the internal resurgence of the economy along with circular debt financing for the nation to grow and prosper.

The US-ASEAN Summit: Why China is anxious
Minimum wage: National base vital
Comment