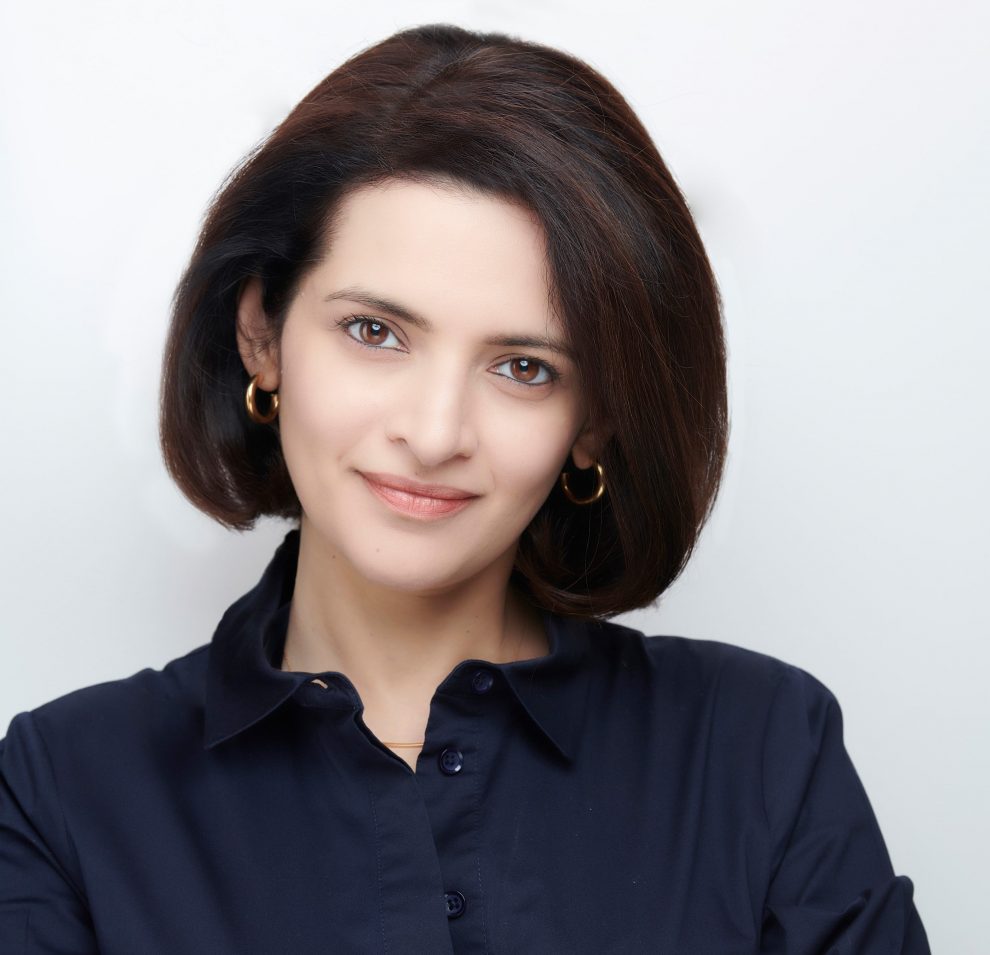 Sana and Rajesh got into the rear seat of the sarkari Innova allotted to Rajesh. She looked at the party stickers, both half-peeled and new, stuck carelessly yet cheerfully on the windshield, with writing in Hindi, a language she spoke but could not read. He asked her to pick up some leaflets and an empty can of Coke to make space, which she did. Sana noticed his perfectly manicured hands, animated as he spoke, and wondered about his contrasting attitudes to vehicular upkeep and personal grooming. As they drove past the Gauri Shankar Mandir (she thought it was Ram-Sita but he corrected her), past a spanking-new Starbucks and a local clubhouse preparing for a wedding that evening, they continued the interview.

‘You were asking about how my education helped me, Sana ji. If I had to distil down to one word what my education did for me – English. It was that I could speak English properly. It is a gift, given by circumstances, to a selected few in this country, which can open up so many doors. I first learnt English growing up at Sikand House, from talking to Aahan Bhaiya, my employer’s son, watching cartoons and movies, and reading his old books, Hardy Boys and Enid Blytons. I went on an official tour of the United Kingdom recently, a delegation to study council estates as a model for urban housing. It was my first trip abroad, Sana ji. My parents were so excited, they insisted on dropping me to the airport and everything. When I got there, I expressed a desire to my hosts to try scones and clotted cream – I had grown up reading about these foods, and had no idea what they tasted like until six months ago!

‘The only thing of use that I learnt in school and through Aahan Bhaiya’s books was English. Still, I was not so good, even at Kanti College. Hindi was okay to get by over there. Later, when I left college, I had to get a job, quickly. Politician’s ke beta-beti can join politics full-time in their early twenties because they don’t have to earn rozi-roti. I had to earn, to find a place to live after college life finished and I had to vacate the hostel room. Returning to my father wasn’t possible. And I wanted to continue in politics also. Here also Manoj Bhai helped me. He helped me get a job at a call centre in Gurgaon. They gave me training. It was a night shift, graveyard shift as it is called, and I would work at the time set by you Americans. Worked for me. Gave me an income, and I shared a rented room, my room partner worked in the day and me at night, and it left me free for my political work too. And my parents used to visit me there, so proudly. We celebrated festivals there, freely, the way we liked to. My parents experienced the freedom that I had, since college days, for the first time with me. What busy days, Sana ji. Pata nahin kaise kiya sab kuch.

‘At the call centre, my English became perfect. I can confidently speak to a reporter like you,’ he said with an American twang. Sana didn’t correct him, she was a researcher and not a reporter, and she had never heard an actual American speak with that accent. ‘The party can use these skills, my knowledge of the ways of bade-log, unka uthna-baithna kaise hota hai, ladies se kaise baat karte hain. My party has dedicated people, very hard-working, but they haven’t had the privileged upbringing that I have had, so I have a special place.’

A teenaged beggar girl with a listless newborn in her arms started tapping at the window of the car with a metallic ring, worn to make more noise against the glass, to attract more attention to her fate from those who tried to look away.

Sana pulled out her camera, rolled down the window, and started taking pictures of the girl. She was in a colourful lehenga with pretty glass bangles. Emboldened, the girl stroked Sana’s hair, asked for money from her ‘pretty didi’. A kinnar saw an opportunity and left her post at the adjoining three-wheeler.

She approached Sana’s window. ‘100 rupees for a picture! Jodi salamat rahe!’ she proclaimed.

Rajesh’s driver got out of the car, and shuffled the duo along. ‘Chalo, chalo, sarkari gaadi hai,’ he said, pointing to the stickers.

The baby, of indeterminate gender, was still asleep, as if it had been drugged. Rajesh leaned over to Sana’s side and rolled the power windows back up. ‘These are people, Madam, humans. Not animals in a safari park to photograph,’ he said roughly, as the traffic light changed and the car moved along. Tears rolled down Sana’s cheeks. Taken aback, Rajesh pulled out the hanky that he always kept in his pocket and handed it to her, and put his hand on hers to comfort her. He noticed that her forearm had some words written on them, with a blue ball-point pen, partially hidden under the rolledup sleeves of her loose flannel shirt. ‘We are all’ and ‘Light’ was all that he could decipher.

‘What’s this?’ he asked. Sana rolled up her sleeve and showed him the entire quote.

‘We are all broken, that’s how the light gets in,’ it read.

‘I look up motivational words and phrases, on the internet, and write the ones that appeal to my frame of mind on my arm every day. It helps set intent, gives me positivity. My healing master, who I met while working in Montana, taught me,’ she explained.

‘I can see in your eyes great loss, great pain, great sadness yet a lot of strength. Something bad has happened to you, and you have come out on the other side,’ Rajesh said.

She was happy, here, in this car, talking to him, and she told him the highlights of her life story: her parents great love that didn’t last, their determination to stay in America at all costs, those lonely days with her father’s new family, her Nana’s death, of which she learnt years later. ‘I want to go to Meerut, to ask Nani why she sent me away like that, all those years ago. Was it planned? Or did he just land up one day without any warning?’ She had never received a satisfactory answer from her father.

Rajesh listened intently, and as they entered a by-lane that led to the camp, she noticed that his hand had lightly brushed against hers a few times again, but she didn’t mind.

Excerpted with permission from Equations, Shivani Sibal, HarperCollins India. Read more about the book here and buy it here.

The Dispatch is present across a number of social media platforms. Subscribe to our YouTube channel for exciting videos; join us on Facebook, Intagram and Twitter for quick updates and discussions. We are also available on the Telegram. Follow us on Pinterest for thousands of pictures and graphics. We care to respond to text messages on WhatsApp at 8082480136 [No calls accepted]. To contribute an article or pitch a story idea, write to us at [email protected] |Click to know more about The Dispatch, our standards and policies
TagsEquations Fiction HarperCollins India Shivani Sibal