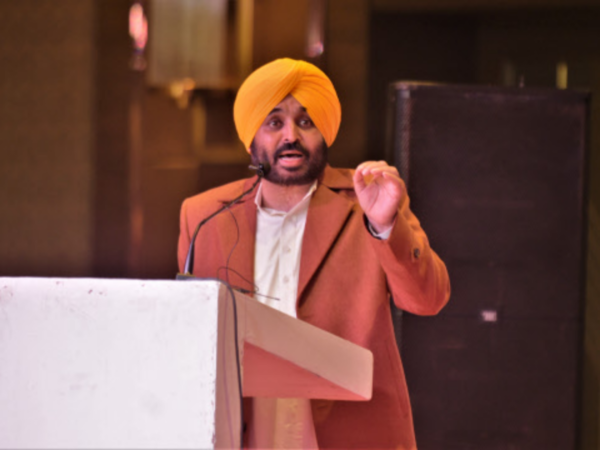 Chandigarh: Ahead of being sworn-in as Punjab chief minister on Wednesday, AAP leader Bhagwant Mann said the entire state will be taking oath to fulfil the dreams of Bhagat Singh and Babasaheb Ambedkar.

All arrangements are in place for the swearing-in ceremony of Mann at Khatkar Kalan, the ancestral village of legendary freedom fighter Bhagat Singh in Punjab’s Shaheed Bhagat Singh (SBS) Nagar district.

Mann in a tweet in Punjabi said, The golden ray of sun has brought a new dawn today. To fulfil the dreams of Shaheed Bhagat Singh and Babasaheb (B R Ambedkar), the whole Punjab will take oath today at Khatkar Kalan.

The men were wearing yellow turbans while women were draped in a yellow ‘dupatta’.

The 48-year-old Mann had invited the people of the state to attend his oath-taking ceremony, saying the three crore people of Punjab will also take oath with him.

Foolproof security arrangements have been made for the ceremony and several senior officials, including inspector general and senior superintendents of police, have been deputed for the event.

Around 8,000 to 10,000 security personnel have been deployed for the event, said the officials.

Meanwhile, newly-elected MLA from Anandpur Sahib Harjot Bains said, Today marks the beginning of a new dawn of Punjab. Together we will fulfil Shaheed-E-Azam Bhagat Singh’ dreams, that will be the real tribute to our shaheeds.”

The Aam Aadmi Party romped home winning 92 seats in the 117-member Punjab Assembly, decimating the Congress and the SAD-BSP combine.