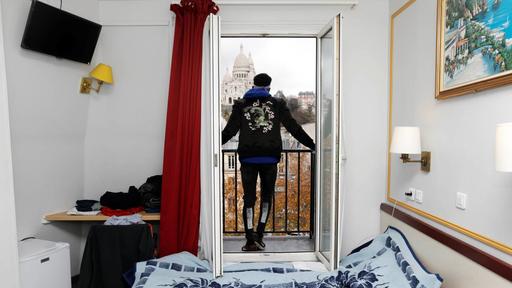 LONDON: From affordable home shortages to ongoing evictions during the pandemic, the past year has laid bare worsening housing crises around the world.

Armed with digital title deeds and empty offices, here are some of the ways cities sought to tackle those challenges in 2020:

The coronavirus pandemic has increased pressure on governments to address shortages in housing and allowed authorities more freedom to convert empty offices.

Nearly four out of five chief executives expect the pandemic to entrench remote working, according to accountancy firm PwC, and various companies, like Twitter, have already said that some of their employees will be able to work from home indefinitely.

In November, the South Korean government said it will add 114,000 homes for public housing within the next two years by buying empty hotels and offices and converting them into residences.

And Singapore is pushing a plan to redevelop old offices in its central business district (CBD) with new incentives for converting excess car park spaces into residences, shops, restaurants and indoor farms.

Shared housing is seeing a resurgence in U.S. cities as both residents and housing providers grapple with an ongoing shortage of affordable units.

“A formal dining room or home office – how often are those used? So aren’t we better off reusing that existing space and redeploying it as affordable housing?” said Atticus LeBlanc of PadSplit, a U.S. company that connects tenants with shared housing options.

By the end of the second quarter of 2020, there were about 8,000 co-living “beds” in the United States, with more than 54,000 under development, according to a November report from Cushman & Wakefield, a real estate services firm.

Such options are up to 30% cheaper than studio apartments, the report said, citing “continued demand” despite the pandemic and the potential implications of an airborne virus for shared housing.

In Zanzibar, a team of data collectors armed with tablets have gathered enough information from hundreds of people on the Tanzanian archipelago to issue each of them a deed to their land in 20 minutes – a process that typically takes up to five years.

More than two-thirds of the world’s population does not have a legal title to their land, which threatens tenure in many countries and makes it harder to return after a displacement or to receive compensation in the wake of a disaster.

Less than 15% of homeowners in Zanzibar have documentation to signify property ownership, say government officials.

Other countries are experimenting with similar measures.

Colombia is piloting analytics and mapping software to collect aerial and satellite imagery, interviews and physical evidence to determine ownership of millions of plots of land that were seized during the country’s five-decade war.

As rising rents coupled with a shortage of public housing put pressure on Spain’s most vulnerable citizens, earlier this year Barcelona built a dozen new flats out of disused shipping containers, drawing inspiration from similar projects in Amsterdam and Vancouver.

The flats can be built and taken down quickly and can be adapted to any part of the city, and they are estimated to consume four to six times less energy than conventional buildings.

But some housing experts say the container flats need to be built on a larger scale to make any real difference.

And a report last year by the Children’s Commissioner for England raised concerns about the number of children sleeping in converted shipping containers, warning that they were often overcrowded, located far from the children’s schools and could lead to antisocial behaviour.

As U.S. families continue being forced from their homes, renters’ advocates and lawmakers are calling for “right to counsel” policies to give all tenants legal representation in eviction court or help navigating the protections open to them.

After a federal moratorium on evictions went into effect in September, covering most tenants, the U.S. government issued new guidance in October that advocates say waters down the original order and opens tenants to new dangers.

Under the non-binding guidance, landlords are allowed to initiate eviction proceedings at any point, even though tenants cannot be removed from their homes until the moratorium expires at the end of this month.

“What we’re seeing amid COVID-19 is various laws being passed to provide some protection for renters, but they’re full of gray areas and loopholes,” said C. Matthew Hill, an attorney with the nonprofit Public Justice Center.

The idea of a renters’ right to counsel is gaining ground across the country, including in Baltimore, where in October City Council President Brandon M. Scott proposed a law that guarantees an attorney for every tenant in eviction court.

From floods and fires to locusts, ‘climate breakdown’ cost rich and poor in 2020
New Year’s resolution? Slim your carbon footprint by a tonne in 2021
Comment