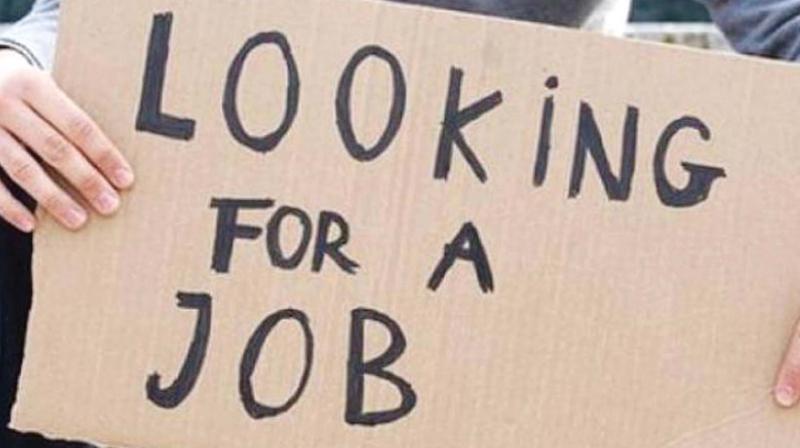 The country may continue to have employment crisis as it missed the recipe for quick progress through new job opportunities after a prolonged period of slowdown and recession.

The Economic Survey 2020-21 (ES) neither speaks about labour reforms, trends like flexi-staffing nor discusses lack of job creation. The pandemic has led to severe job losses, cut in wages and work from home and social distress. The previous ES discussed about impact of employment or lack of it on the economy. This year it has deviated though a CMIE report estimated that during lockdown 122 million, over 12 crore, people have lost jobs in Bihar, Jharkhand, Uttar Pradesh, Uttarakhand, Gujarat, Chhattisgarh, Maharashtra, Odisha, Andhra, Tamil Nadu, Karnataka, Telangana, Kerala, Himachal, Haryana, Punjab, West Bengal, Assam and other States.

The worst hit has been the education. Thousands of private secondary and primary schools have closed down and lakhs have been thrown out of jobs without a sight of these being restored. The small education entrepreneurs have gone broke and are not venturing to invest in education now.

Some jobs are restored but at wages lower than the pre-pandemic period and many now on daily wages basis. About 15 million less people were employed in December 2020. Salaried employees who accounted for 21 per cent of total employment in 2019-20, accounted for 71 per cent of the total job losses.

About 17 crore migrant workers are stated to have lost their jobs, mostly daily wagers or casual workers. About 10 crore of them walked back to their distant homes on foot facing inhuman miseries and humiliation by the police in many States, including Bihar, Madhya Pradesh, Rajasthan, Assam, UP, Odisha, Maharashtra, and others. At Bareilly in UP and other places remember the sight when they were made to have a chemical bath by the police. The Economic Survey citing lack of data says it cannot estimate how many migrant workers lost their jobs. The Budget does not mention a scheme about them.

The loss has been not only to wagers and the salaried workers but according to CMIE, 18 million business-persons are estimated to have lost employment in April 2020. The average count of entrepreneurs was 78 million in 2019-20. This fell to 60 million in April 2020, which included small traders and hawkers. Though some of this class is returning to work post-lockdown, the salaried workers are finding it difficult to get back to work.

The Survey did not touch the issue of taxations, falling revenue collections though various business groups like CII and PHDCCI have been clamouring for relief in income tax and other levies to the individuals for raising their purchasing power for fast recovery. The Economic Survey is silent also about private sector investment that has remained stagnant for at least four years. The social security benefits of workers particularly contributions to provident fund and ESIC have been hit despite the government announcing subsidy or employers’ contribution.

Finance Minister Nirmala Sitharaman in her Budget speech takes note of it, “Some employers deduct the contribution of employees towards provident fund, superannuation fund, and other social security funds but do not deposit these contributions within the specified time. For the employees, this means a loss of interest or income and non-deposit”.

Her Budget does not ignore it but allocations are dicey. The Atmanirbhar Bharat Rojgar Yojana or the EPFO subsidy scheme has been allocated Rs 3130 crore against its initial allocation of Rs 22,810 crore in November over three years. It may be an indication of official assessment of economy remaining sluggish in 2021-22. Other employment generation schemes are allocated Rs 976 crore this year against Rs 1424 crore in revised 2020-21 budget.

The NREGA was expected to increase number of working days to 150 from 100. The new 2021-22 allocations of Rs 73,000 crore is higher than the BE for FY’21 of Rs 61,500 crore, but it is less than what Rs 1,11,500 crore the government actually spent on the programme for the 2020-21 fiscal. May be the government hopes that additional 1.23 crore of the 2.69 crore MNREGA workers would go back to their previous work as the economy opens up and the tally would remain around 1.56 crore as it was pre-pandemic. It is expected to save Rs 38,000 crore equal almost to the allocation for Covid vaccine.

The education budget at Rs 99312 crore in 2020-21 saw actual spending at Rs 85,089 crore in the pandemic year that saw many private schools being closed down. It has been further cut to Rs 93,224 (Rs 54,873.66 crores for schools and Rs 38,350.65 crores for higher education) in 2021-22 crore suggesting that Central universities and school education would face crunch in their delivery mechanism. Even it would not be easy to fund 100 new Sainik and 750 Ekalavya schools sought to be set up with the gasping private partnership.

The key anganwadi scheme of ICDS of the Women and Child Development Ministry employing low-paid but key workers for children and women’s welfare would go through a cut of Rs 5572 crore with a reduced allocation of Rs 24,443 core. It is significant loss to poor women and children.

Possibly the government feels that 34 per cent higher capital expenditure of Rs 5.54 lakh crore in 2021-22 budget and Rs 4.12 lakh crore in 2020-21 would generate jobs. The large projects have longer gestation and usually do not create jobs that fast.

The Budget discusses the new labour codes but not of its benign or malign impact. All codes like 12-hour shift are not stated to be labour-friendly. The Ministry of Labour and Employment has been allocated allocated Rs 13,306.5 crore, Rs 413 crore less than the revised estimate for 2020-21. The allocation for existing social security schemes for workers is down 3.4 percent to Rs 11,104 crore. The job picture in a post-crisis period does not evoke confidence for a fast recovery. The progress in the new fiscal could be far stunted than the optimism expressed. 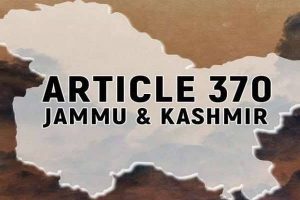 Governance Post 370: Officials not trained to implement the central laws 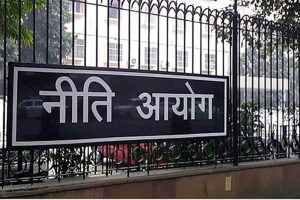 New Grammar of Sedition: Ideas more dangerous than guns
Round The States
Comment