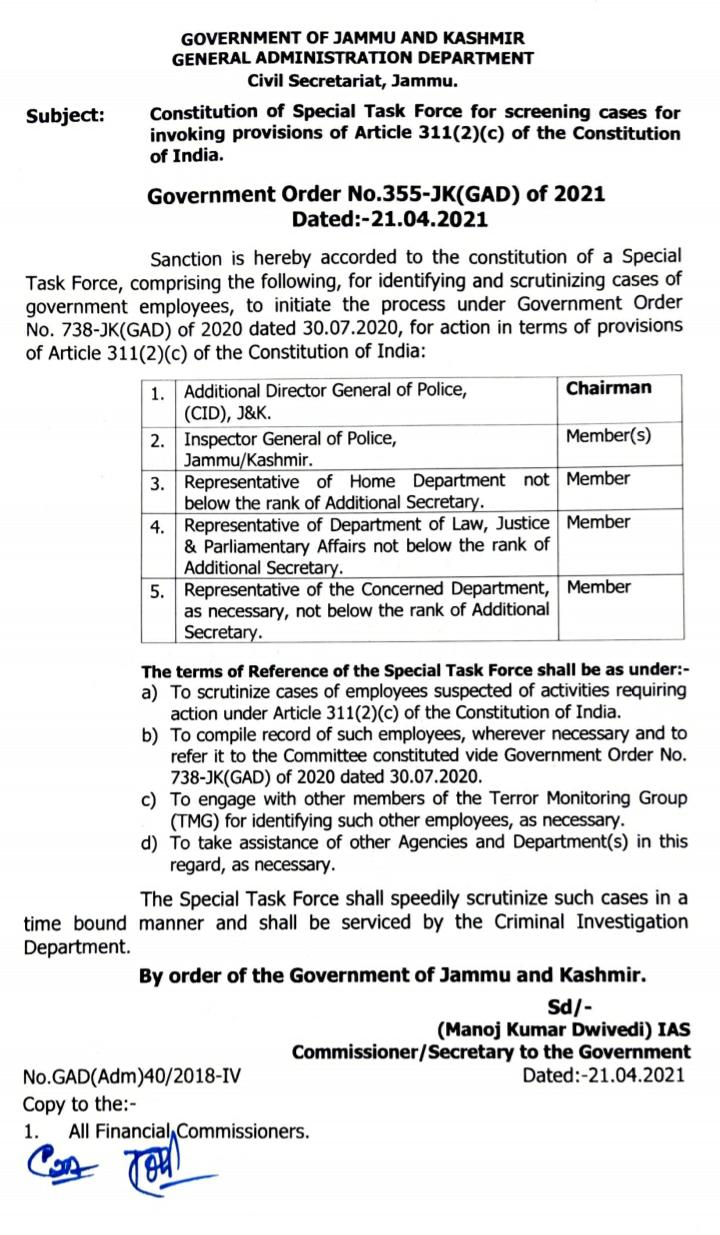 SRINAGAR, Apr 21: The administration of Jammu and Kashmir Union Territory has set-up a Special Task Force to identify and scrutinize the cases of employees suspected of being involved in the activities prejudicial to the security of the State for terminating them from service.

According to an order issued by the General Administration Department, a copy of which is in possession of news agency—Kashmir News Observer (KNO), the government has constituted the STF under the chairmanship of additional director general of police, Criminal Investigation Department to scrutinize the cases of employees suspected of activities requiring action under the proviso (C) of Article 311(2) of the Constitution of India.

Under the proviso (C) of Article 311(2), the government is empowered to terminate an employee without recourse to the normal procedure if it is satisfied that his/ her retention in public service is prejudicial to the security of the State.

The STF has been empowered to compile records of such employees and refer it to the committee constituted last year.

According to the GAD order issued this evening, the STF headed by ADGP, CID has also been empowered to engage with other members of Terror Monitoring Group(TMG) for identifying such other employees, as necessary

In a first move of its kind by a civilian Government in J&K, the regime dismissed the employees on charges of  leading protests in their respective areas during the  2016 unrest—(KNO)