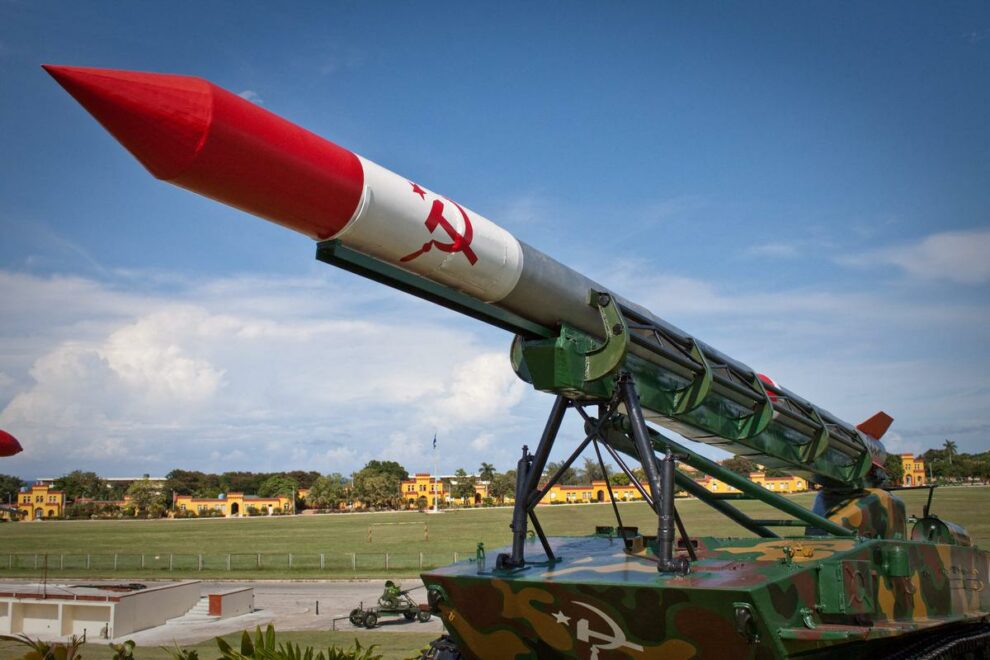 Dr. Manpreet Sethi cautions that trends in the development and employment of missiles create opportunities for greater proliferation as well as their more uninhibited use in the future

Traditionally, much of the focus on missiles has been on those capable of delivery of weapons of mass destruction (WMD). But, new missile trends are emerging. While missile technology is nearly 80 years old, modern missiles have registered huge advances in speed, range, navigation, use of advanced materials, and endurance. Earlier, when accuracy was not easy to achieve, missiles were seen to have a strategic effect only when carrying a nuclear warhead. Not anymore. As missile accuracy has improved with better internal and satellite-guided systems, precision targeting even with conventional missiles has become capable of causing strategic effects.

In the ongoing Russia-Ukraine conflict, we can see large-scale use of conventional missiles for strategic gains on both sides. The sinking of the Moskva was one such incident, with the Ukrainian anti-ship cruise missile Neptune causing a strategic effect. Similarly, Russia, too, has used a large number of short-range missiles, including its hypersonic Kinzhal, to hit strategic targets such as ammunition storage sites and bridges.

With repeated large-scale use of missiles in various conflicts, more missile proliferation as well as their more uninhibited use in future conflicts can be anticipated. It may, therefore, be useful to examine some of the trends in the development and employment of missiles that are likely to become prominent in future.

Dual-capable missiles can carry both conventional and nuclear payloads. During the Cold War, the superpowers maintained a distinction between missiles on the basis of nuclear and non-nuclear ordnance delivery. This trend was disrupted in the early 2000s, when the US introduced the concept of Conventional Global Prompt Strike. Since the most pertinent threat perception for the US after 9/11 was the possibility of a terrorist strike, it felt the need for a capability that could hit time-sensitive targets hiding in hardened shelters or buried deep in caves. In order to hit them quickly, the US concluded that it should use existing intercontinental ballistic missiles (ICBMs) with conventional warheads.

This option, however, caused concern in Russia and China. Both feared that conventionally-armed, highly accurate ICBMs could also be used to attack their nuclear forces, with adverse impacts for their deterrence. One of the many steps they have since taken to restore deterrence has been to move towards developing and deploying dual-use capable missiles. The objective of dual-use capability is to signal ambiguity and deter the possibility of an American attack on their nuclear assets.

China has not only claimed dual-capability roles for some of its missiles, but also co-mingled them. So, for instance, both the nuclear and conventional versions of China’s DF-26 missiles are available within the same brigade. They are also under the People’s Liberation Army Rocket Force’s (PLARF) common command and control. China finds this policy of intertwining conventional and nuclear forces useful to deter the US threat of long-range precision-strike missiles. US fears the nuclear entanglement. But, Beijing believes that the US can be better deterred if it has to think twice about using its missiles since this may result, even if inadvert­ently, in targeting sites where nuclear and conventional assets are co-located, or hitting missiles that are dual-capable. So while the US may have planned to hit conventional Chinese missiles, China may perceive it as an attack on its nuclear missiles, and choose to escalate. Pakistan follows the same logic to deter a conventional conflict with India.

Hypersonic Missiles
The second trend is the development and deployment of hypersonic missiles, including hypersonic boost-glide vehi­cles (HGV) and hypersonic cruise missiles (HCMs). Both travel through the upper atmos­phere at speeds faster than Mach 5. While existing ICBMs, too, attain and sustain hyper­sonic speeds, it is only during their boost and terminal phase. Most of a hypersonic delivery system’s flight is at high speeds and with high lev­els of manoeuvrability. This creates challenges for their interception by missile defence systems. When equipped with suitable guidance systems, they can be used for precision strikes against fixed, high-value targets, such as command-and-control installations or hardened bunkers, and potentially time-sensitive mobile targets, such as maritime vessels. China has an advanced and well-funded hypersonic-missile research programme. Its DF-17 HGV was unveiled in October 2019 and is believed to be dual-capable. The US has declared a conventional role for its hypersonic systems.

Russia has used the Kinzhal, a dual-capable hypersonic missile, in conventional mode against Ukraine. Since it was employed in a conflict between a nuclear and non-nuclear state, the nature of the missile caused less consternation. However, what would be the impact of the use of such missiles between two nuclear-armed states? If a state’s early warning system detects an inbound HGV or HCM, but is uncertain about its payload and is unable to determine its exact target due to its manoeuvrability, would military-planners prefer more reactive postures, such as launch-on-warning or ‘launch-under-attack’? Doing so might enhance deterrence, but it would also raise risks of inadvertent escalation and mis­calculation. Conscious of this risk, India has maintained a distinction between its conventional and nuclear missiles as well as their command-and-control systems. This drastically reduces risks of misperception, especially when the fog of war engulfs a crisis.

The two missile trends discussed above are really the tip of the iceberg. An offence-defence spiral looks inevitable as states hedge and technologies gallop. Existing regimes meant to stem the proliferation of missile technologies, such as the Missile Technology Control Regime (MTCR) or the Hague Code of Conduct, appear grossly insufficient. Not only is their membership devoid of any ways of enforcing compliance, but they are also ill-equipped to handle new technological realities. Meanwhile, any chance to reform them also looks difficult. None of the big powers are keen to take ownership of the challenge. As a result of high inter-state tensions and trust deficit, states are devoting attention to building missile capabilities instead of arresting their development. Unless inter-state relationships improve through dialogue, missiles and the possibilities of their use will only proliferate.

This Opinion Piece is originally published on the website of Indian Peace & Conflict Studies. Click Here to Redirect