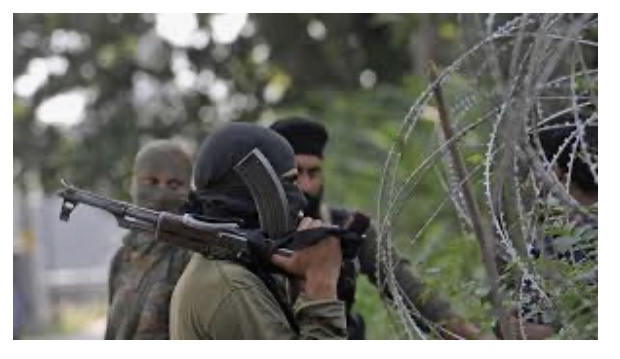 In a major step towards enhancing jointness among the three services, the special forces of Army, Navy and Air Force have been deployed in the Kashmir valley to carry out combined counter-terrorist operations.
The three special forces, namely, the Army’s Para (Special Forces), Navy’s Marine Commandos (MARCOS) and Indian Air Force’s Garud Special Forces are being deployed in the Kashmir valley under the Defence Ministry’s newly-raised Armed Forces Special Operations Division (AFSOD), senior Defence sources told ANI. The induction of the joint special troops of the three forces has already started as the Army Para (SF) elements have already been inducted into an area considered to be a traditional terror hotbed near Srinagar, they said.
The elements of the MARCOS and the Garuds would also be getting fully inducted into the anti-terrorist operations very soon, they said.
Although small teams of Navy’s MARCOS and IAF’s Garuds have been operating in the Kashmir valley, this is the first time when the three services would be deployed jointly there.
The MARCOS commandos are deployed in and around the Wular lake area while the Garud teams have been operating in the Lolab area and Hajin.
The Air Force Special Forces had a very successful stint in the Kashmir valley as they managed to eliminate six terrorists in one go in Operation Rakh Hajin for which its Corporal JP Nirala was also awarded the Ashok Chakra posthumously.
The aim of joint Special Forces deployment in the Kashmir valley is to give the troops exposure of operating jointly in real operations. The AFSPD has already carried out two exercises in different locations practising assault on strategic enemy positions and taking back captured areas.
The first exercise of the AFSOD was in the Kutch region codenamed
Ex Smelling Field while the second was in Andaman and Nicobar Islands codenamed DANX-2019.
The first head of the Armed Forces Special Operations Division (AFSOD) is Major General Ashok Dhingra.
The division has performed well since it came into existence and is still facing issues involved in raising including manpower and equipment shortcomings.