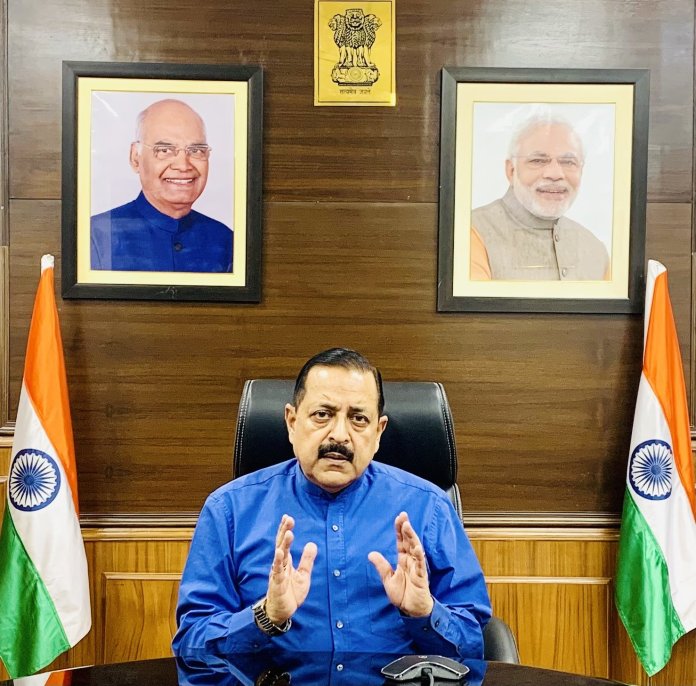 JAMMU: Elements misusing festivals to create an unnecessary dispute are anti-national, Union minister Jitendra Singh said, asserting all festivals should be observed like festivals only.

He also expressed satisfaction over the arrangements being made for the upcoming annual Amarnath Yatra in south Kashmir Himalayas and said J-K Lieutenant Governor Manoj Sinha is personally supervising the steps for its success.

Interacting with media persons at Palli Panchayat in Samba district, the minister, while responding to a question about attempts by certain elements to disturb the peace on the occasion of the Ram Navami festival on Sunday, said the home ministry is taking care of the law and order situation and will deal with it.

However, he said, As an ordinary citizen, we should observe any festival like a festival only instead of making it an issue of dispute some elements misusing a festival to create a dispute are anti-national.

On the 43-day Amarnath Yatra which is scheduled to commence on June 30, the minister expressed hope that it will be a success. The Lt Governor is making all arrangements seriously and under his leadership, the yatra will be completed successfully, Singh said.

Earlier, the minister, accompanied by a high-level central team, inspected the ongoing work on the 500-KV solar plant being installed on a total area of 6,408 square meters at Palli Panchayat to turn it into the first carbon-free solar village.

We are hopeful that the Rs 2.75 crore project will be completed in a record time of 20 days by April 18 and will provide clean electricity to all 340 households. The Prime Minister is also scheduled to visit the village and will deliver a virtual address to nearly 700 panchayats across the country on April 24, he said.

Singh, the minister of state in the Prime Minister’s Office, said the village would become a role model for others.

It is a big step in Jammu and Kashmir towards carbon-free energy. The people will adopt it in a big way in coming times as there is a lack of awareness among the people, he said, adding the money spent on the project will be recovered fully within four or five years. The minister said there are people in many places who have installed solar panels on their own and we want this new trend to gain momentum as it provides clean, cost-effective energy and is a long-term source. (PTI)