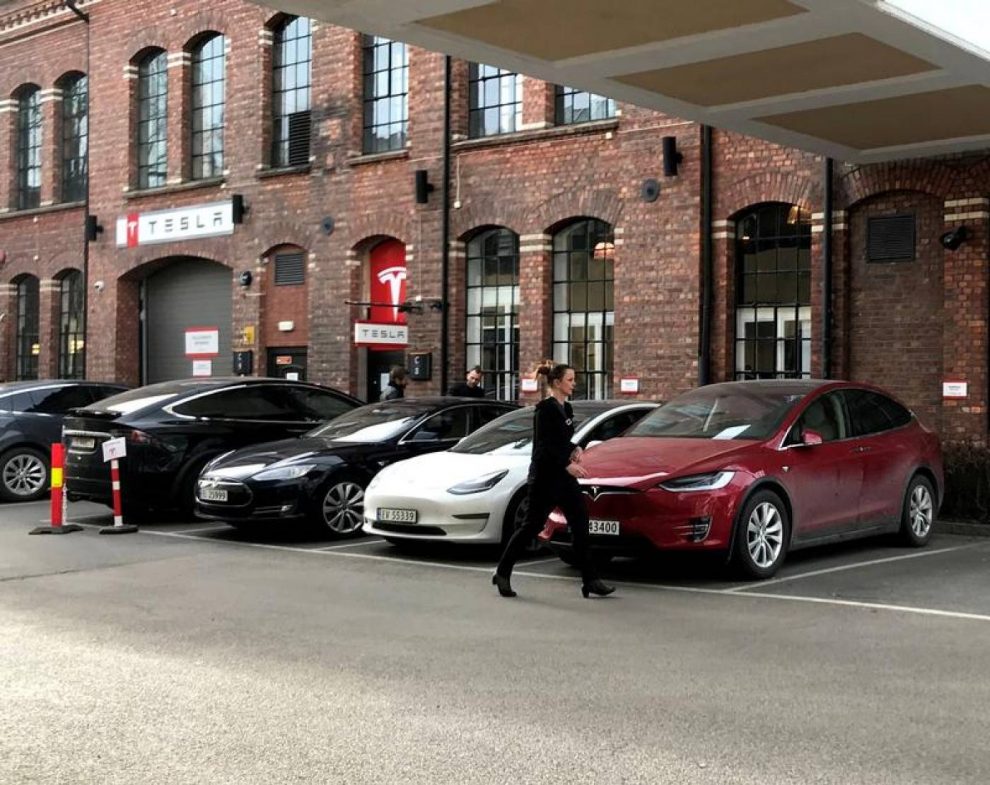 Seeking to become the first nation to end the sale of petrol and diesel cars by 2025, oil-producing Norway exempts fully electric vehicles from taxes imposed on those relying on fossil fuels.

The policy has turned the country’s car market into a laboratory for automakers seeking a path to a future without internal combustion engines, vaulting new brands and models to the top of bestseller lists in recent years.

While the sale of BEVs had broken the 50%-mark in individual months, 2020 was the first time that fully electric cars outsold the combined volume of models containing internal combustion engines for a year as a whole.

BEV sales accelerated in the final months of 2020, hitting its highest level for any single month in December, with a 66.7% share of the car market.

Volkswagen’s Audi brand topped the 2020 leaderboard with its e-tron sports utility and sportsback vehicles as the most sold new passenger cars in Norway last year, while Tesla’s mid-sized Model 3, the 2019 winner, was relegated to second place.

Electric vehicle sales are set to continue to soar in 2021, industry analysts and car distributors said, as more models are brought to the market.

“Our preliminary forecast is for electric cars to surpass 65% of the market in 2021,” said Christina Bu who heads the Norwegian EV Association, an interest group. “If we manage that, the goal of selling only zero-emission cars in 2025 will be within reach.”

Tesla’s mid-sized sports utility vehicle, the Model Y, is set to reach the Norwegian market this year, as are the first electric SUVs from Ford, BMW and Volkswagen.

By contrast, cars with diesel-only engines have tumbled from a peak of 75.7% of the overall Norwegian market in 2011 to just 8.6% last year.

While the electric market share will keep rising, there is uncertainty around how many cars producers will allocate to Norway as European demand is increasing, said Harald Frigstad, chief executive at Norwegian car importer Bertel O. Steen.

The seller of Daimler’s Mercedes-Benz as well as the Kia, Peugeot, Opel, Citroen, DS and Smart brands, predicted around 70% of its sales would be of fully electric models in 2021.

Malaysian team turns pineapple waste into disposable drone parts
Bolivia’s Tuni glacier is disappearing, and so is the water it supplies
Comment